So both the Maharashra CM and governor stay put, at least for now, as the political temperatures soar 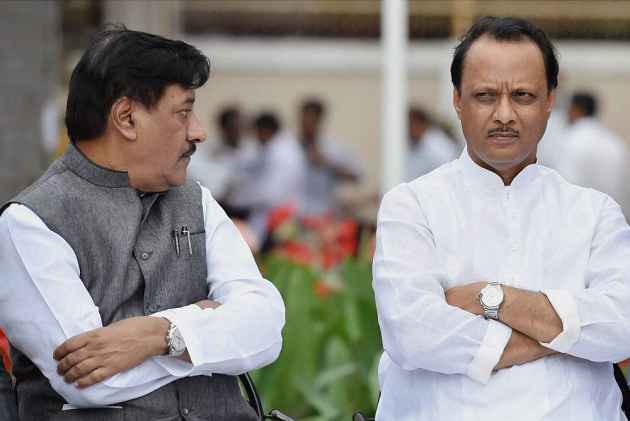 Post Lok Sabha debacle, the troubles and cracks between the Congress and the NCP have begun to surface— and how. The NCP has upped their criticism of Prithviraj Chavan’s leadership to the next level and are openly criticising the “policy paralysis,” a favourite term doing the rounds. Not to mention that the NCP got more seats than the Congress in the state. While the opinion is divided on whether NCP and Congress should go solo in the upcoming assembly elections or not, there is no denying that the rift is not helping either of the party in terms of voter sympathy. While NCP’s Ajit Pawar has been battling the irrigation scam allegations, Chavan is facing ire over slow movement of project approvals. Chavan had to go to Delhi and explain his decisions or the lack thereof to the senior leaders (read: Sonia Gandhi). Speculations about Chavan having to step down and Sushilkumar Shinde taking over, even if for barely three months were rife. Now we hear that he has ' just about managed to scrape through' and may manage to hold on to the chair for a few more days.

Another person who has saved the chair, as of now, is Maharashtra governor K. Sankaranarayanan. Many reports of governors, who were appointed during the UPA regime, being asked to resign have appeared, but the dignity of the office prevented most from confirming these reports. Not one to give up easily, the 80-year-plus Maharashtra governor not only confirmed that he had received a call from union home secretary asking him to step down, but also made it clear that unless an appropriate authority, (read the President?) calls he is going nowhere.

After a white paper and an SIT investigation into the alleged irrigation scam of Rs 70, 000 crore, apart from few officials from the administrative service any other political casualty is unlikely, especially Ajit Pawar. The Chitale Report, which was tabled on the last day of assembly session, indicts senior officers of the Irrigation Development Corporation. The report that runs into more than 1000 pages “implies” some role on part of Ajit Pawar, who was the president of the governing council of IDC during the period that was under scrutiny. While water resources minister Sunil Tatkare said the irrigation capacity had increased by 5.4 %, others allege that only 0.1% has been added in the past 10 years or so. Projects worth Rs 70,000 crore have been approved over this period of time. It was Vijay Pandhare, a government servant who first wrote about the irregularities in irrigation projects to the government, and later joined Aam Aadmi Party after retirement. He contested Lok Sabha and lost the elections. However, he is yet to comment on the developments. The BJP, still in opposition party mode in the state, has demanded the resignation of Ajit Pawar and not spared an occasion or a forum where this issue has not been raised.

Even as the ruling Congress-NCP government is trying hard to come up with sops for rural Maharashtra, a new scheme has been launched to benefit farmers. Under the Krishi Sanjivani Scheme, any farmer who has been defaulting on electricity bills will get a 50% waiver on the overdue principal amount, if he pays the remaining 50% before October 2014 in three installments. Also the entire arrears/interest is likely to be waived off. It may benefit about 3 million agricultural consumers. A total of more than Rs 10,000 crore is due to Maha Vitaran. However, when the loan waiver was announced few years ago, many farmers could not avail the benefit of Rs 20,000 waiver because they could not pay the remaining amount. Add to that the insufficient relief to hailstorm affected farmers. But over and above that, it is the errant monsoon that is bothering everyone. After late arrival, the rains have dried up yet again because of low pressure belt in the Arabian Sea. While Mumbaikars complain about the sweltering humidity and rising prices of fruits and vegetables, a far more serious problem of failed sowing is unfolding in  rural Maharashtra.

Normally we are quick to blame the police for their inefficiency or insensitivity in investigations and dealing with civilians. However, for the past few days a gut wrenching story has been emerging from the police recruitment drive in Mumbai. Youth from all over Maharashtra make a beeline to qualify in the physical and written examination for police recruitment. At least five aspirants have died in the past few days after collapsing while completing the mandatory five km run. They were taken to different hospitals and a few more have been admitted. The fact that they did not stop when the body was giving up hints at how badly they needed this job. It also indicates that tenacity and stamina— which are the result of nutrition and exercise— of these aspirants was below par. Now medical camps have been set up on grounds where the exams are conducted so that the aspirants can get some medical treatment immediately.

As if the rise in essentials such as onions was not bad enough, the 14% hike in railway fares is going to hit Mumbaikars hard. As per calculations, the suburban rail travel will cost more than double— first class and general both. Although there is no denying that travelling on the trains, our lifeline and what not, is the most cost-effective and time-saving way to reach from one place to the other in Mumbai, but no one anticipated the price rise to be so steep. Those for the hike in costs say that a one km autorickshaw ride costs Rs 15 but a 30 km journey on train costs Rs 8. Those against it say that middle class and lower middle class is already burdened with inflation and other high prices, including that of taxi and rickshaw fares, and that the jump in the cost of season tickets could well be the last blow to the family budgets. Then again there are issues of service for costs— people falling through the gapss between train and platform, absence of usable bathrooms, unimaginable crowds, tracks that give way during heavy rains. What kind of upgrade can we expect if we are to pay more than double? Despite the protests by AAP members, promise by Uddhav Thackeray to take it up with PM (no less!) and protests by Congress, MNS etc, the citizens know that there is no other option but to stick to the train travel.

It is hard to tell if union I&B minister Prakash Javadekar’s roller coaster announcements should be taken with a pinch of salt or not. But then this one is a cheerful one, again. Javadekar visited the iconic Film and Television Institute of India (FTII) and said his ministry would seriously consider an upgrade in status for the institute that has produced many legendary actors, directors and technicians. And the status is likely to be at par with IIM and NIFT. An upgrade in UGC scales would imply better salaries for the teachers and a higher status would mean more funds to upgrade technology and provide better facilities to students. If FTII gets the IIM status, one wonders though whether all the strugglers (yeah, yeah they struggle after FTII too) too can hope to get salary packages like IIM grads?

At the busy busy Byculla junction, for the past year or so, people would have noticed the statue of Shet Cursetjee Manockjee, popularly known as Khada Parsi all wrapped up. The statue of the businessman, educationist and philanthropist built in the 1860s is a significant structure for Mumbai’s heritage and had been neglected for the longest time. The 40-feet high statue placed on top of a Corinthian pillar is a unique cast iron structure. The pillar has four mermaids at the base. The statue had suffered severe damage due to pollution, thefts of lamps, damage by thieves to the structure. But with the efforts of Urban Design Research Institute the statue, under the care of the BMC, has been restored and is open for all to see. Also, Shet Cursetjee was the founder of Alexandra Girls School, which continues to be a preferred institution for many south Mumbai girls.