Home  »  Website  »  National  »  Minister Drives Past Accident Victims, Says He Didn't Help Because He Was On A Call

Minister Drives Past Accident Victims, Says He Didn't Help Because He Was On A Call

Telangana’s minister for tribal welfare, Azmeera Chandulal, has said though that he does not lack humanity. 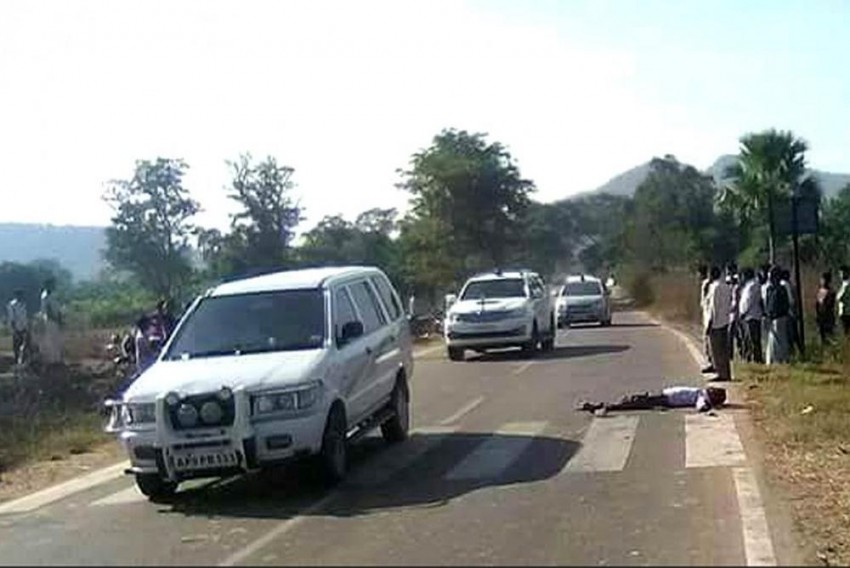 Courtesy: Whatsapp
Outlook Web Bureau December 20, 2016 00:00 IST Minister Drives Past Accident Victims, Says He Didn't Help Because He Was On A Call 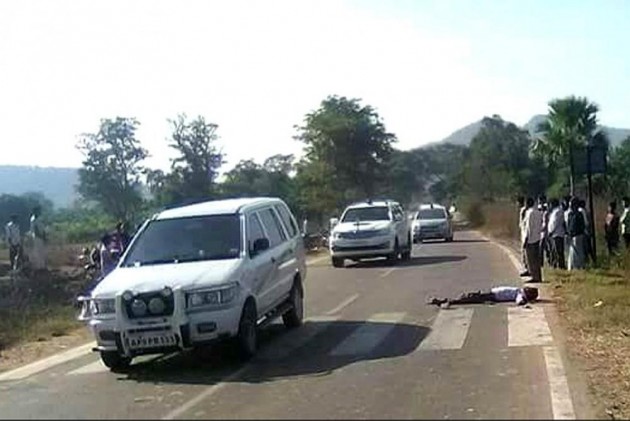 After he drew criticism for showing insensitivity towards accident victims in pictures circulating on social media,  Telangana’s minister for tribal welfare, Azmeera Chandulal, has said that he was on a phone call with his relatives and did not lack humanity.

The picture started going viral on Monday after a by-stander uploaded it onto a Whatsapp group. A report in the Hindustan Times says that the accident took place at the crossroads at Nallakaluva in Palampet village. 30-year-old Taduri Madhusudhana Chary was travelling to the temple along with his friends, Gopi and Sateesh, when the trio’s motorcycle was hit by a speeding mini-truck.

Chari is said to have succumbed to his injuries on the spot while the other victims lay injured as the truck sped away. The villagers were waiting for a vehicle to shift Chary’s body and the victims to the hospital when Chandulal’s convoy of vehicles reportedly sped past.

When the newspaper reached out to Chandulal for a comment, he said: “I was busy attending a call from my relatives when my convoy went past the accident spot. In the normal circumstances, I would have got down and called on the accident victims but I was in a hurry then. It is not that I lack humanity. After all, they are my constituency people.”

According to a report, the number of people in India who died in road accidents in 2015 stands at 1,46,133. Also, Palampet village is not far from the reported ‘highway of death’ in the state which has created a village of widows.

One of the onlookers who chose to remain anonymous told the newspaper that the minister could not have missed the bodies on the road since he was seated in the front. The youngster is said to have been shocked by the minister’s insensitivity who is also the elected representative to the assembly from the region. The police reportedly arrived to aid the injured only after the convoy had passed.

In The Next 10 Days, Deposit Of Old Notes Can Happen Only Once