Tanushree Dutta, who has spoken up about her sexual harassment at the hands of veteran actor Nana Patekar on a film set a decade ago, receives support from Bollywood. 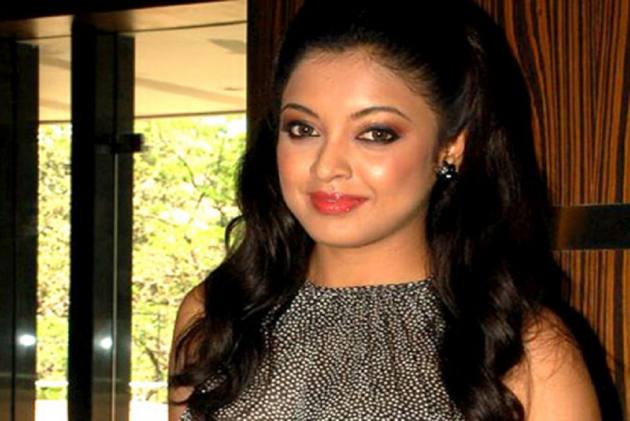 Farhan Akhtar, who has launched a social campaign Men Against Rape and Discrimination or MARD in 2013, re-tweeted a string of posts by an eyewitness about the details of Tanushree's ordeal.

"This thread is very telling. Janice Sequeira, was there at the time of the incident being debated today. Even when Tanushree Dutta had career concerns to keep quiet 10 years ago, she did not. And her story has not changed now. Her courage should be admired, not her intention questioned," Akhtar said.

Actress Richa Chadha wrote, "It hurts to be Tanushree Dutta right now. To be alone, questioned. No woman wants publicity that opens the floodgates of trolling and insensitivity. What happened to her on set was intimidation. Her only fault was she did not back down -- (that) takes a special courage to be Tanushree Dutta."

Filmmaker Hansal Mehta tweeted, "India in general does not have a conducive work environment. Mental harassment, abuse and predatorial behaviour by people in positions of power are prevalent and considered perks of being in power. Years of oppression and colonial rule have permanently altered our DNA."

Actress Swara Bhasker re-tweeted a series of posts and wrote, "This is a long thread, but one that must be read.... lots of clues here as to why Bollywood's #MeToo moment is so far away. Because we don't want to hear these voices."

Producer, author Twinkle Khanna tweeted, "Please read this thread before judging or shaming Tanushree Dutta -- a working environment without harassment and intimidation is a fundamental right and by speaking up this brave woman helps pave the way towards that very goal for all of us!"

Sequeira on Wednesday tweeted a thread recalling the unsavoury episode saying "some incidents that take place even a decade ago remain fresh in your memory. What happened with Tanushree is one such incident.

She said that she had seen how the actress was visibly upset about something on the sets while Patekar, choreographer Ganesh Acharya and the producer huddled around.

She said, "Amidst this chaos, I got hold of #NanaPatekar. All he said was, "Meri beti jaisi hai", which didn't really make any sense at that point." It was only later that she realised.

Sequeira said, "The chat I had with Dutta hours after the incident was identical to the account she's come out with now. How could a person's version remain the same a decade later if there wasn't any truth to it?”

Patekar on Thursday told a news channel: "What can I do about what one says? You tell me. What does it mean by sexual harrassment."

In a shock to many of his fans and supporters, megastar Amitabh Bachchan on Thursday dodged commenting on the episode saying: "Neither am I Tanushree, nor am I Nana," which invited trolls galore.