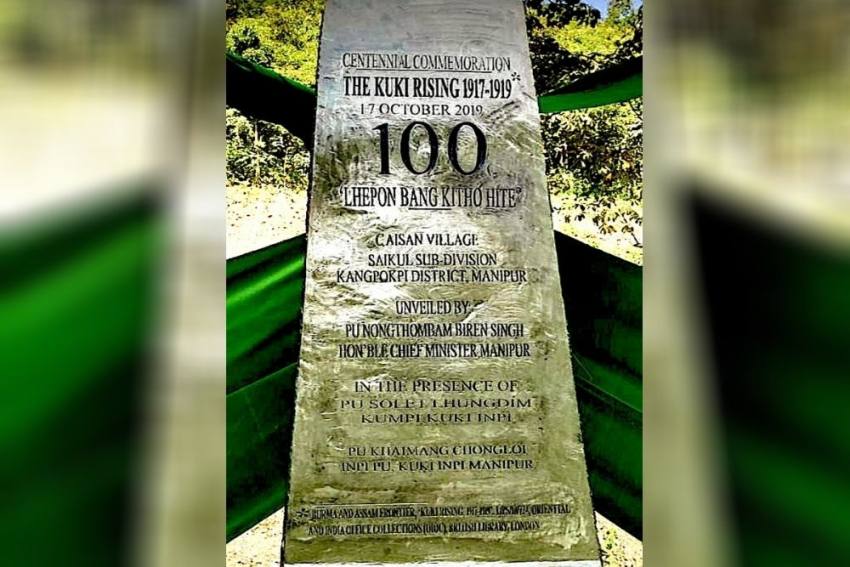 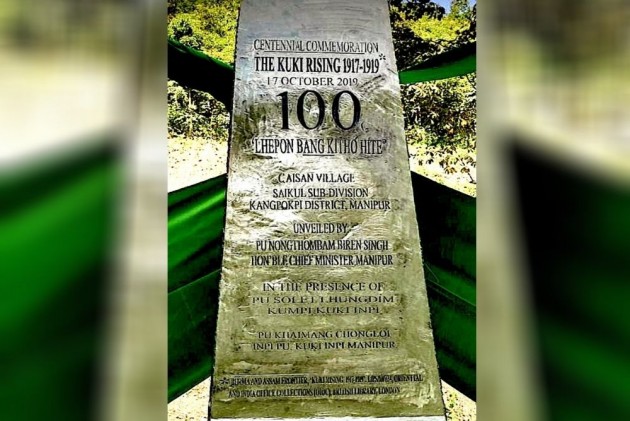 In 2017, the Anglo-Kuki War Commemoration committee in consultation with various Kuki frontal organisations decided to hold a centennial commemoration for 3 years- 2017, 2018, and 2019. The first such commemoration was held in Lonpi village, Chandel District in 2017 and the second in 2018 at Songpi. The final commemoration was arranged to be held at C Aisan, Sadar Hills- Kangpokpi District, Manipur in 2019.

As decided by the AKWCC, in 2019, all the Kuki villages erected a monolith with engravings, “Anglo-Kuki War 1917 to 1919 -In defence of our ancestral land and freedom.” The matter became tricky when many Manipur Naga Groups opposed the tag "Anglo Kuki War" and alleged that the fight against the British by the Kukis was just a rebellion as recorded in the British and Assam Rifles records. With only a few days left for the commemoration and the inauguration of the monoliths thereof, the Manipur state government directed all the monoliths to be destroyed. The order, as expected, enraged the Kukis, who were caught by surprise on the unthinkable turn of events that compelled the state Government to impose restrictions on the ways and says of the commemoration, instead of taking forward the initiative to remember the heroes who valiantly fought the British.

The diktat by the state government to remove the monoliths with engravings “In defence of our ancestral land and freedom” only refuelled a sense of renewed conviction among the Kuki people to stand by the words engraved on the monoliths. Each Kuki village in the state formed volunteers to guard the monolith day and night - the zeal and commitment resembling the same shown by their forefathers when attacked by the British.

On the 16th of October 2019, there was a marathon of talks between representatives of the Manipur government led by the CM and the Kuki civil societies, deliberating ways to resolve the tension. What surprised many was how the commemoration of a significant historical event by a community could be viewed as a threat by the other community. Some of the Kuki people were of the opinion that the communal conflicts in the 90s during the NSCN IM’s ethnic cleansing campaign on the Kukis might have led Manipur Nagas to oppose the Kuki people in their every endeavour in any possible manner, even if that meant the commemoration of a glorious event, which is well recorded in history. As for the government officials, they have objections to the line as they felt “In defence of ancestral land and freedom” is a revolutionary language. As for the objection of tagging the Kuki Rebellion/Uprising as Anglo-Kuki War, the government felt that the Anglo-Manipur war or Khongjom war is inclusive enough for the whole of Manipur and the existence of other wars could aggravate differences among communities. The meeting was inconclusive to the Kuki people as the government was hell-bent on its suggestion. After much deliberations, the Manipur government proposed to rename the Anglo Kuki War as Kuki Rebellion/ Kuki Rising and to declare October 17 as a restricted holiday, and to build a park in memory of the heroes. The Kuki people, on the eve of October 16, 2019 rejected the state government's proposal brought by their representatives.

The centennial commemoration, which was to be attended by the CM was then organised with Kumpipa or the Father of the Kukus inaugurating the centenary monolith at C Aisan on 17th October 2019 with the words “In defence of our ancestral land and freedom” retained. All the monoliths in the villages too retained the words.

The monolith at C Aisan Village, which was to be dedicated by the CM in 2019 with the engraving, ”In defence of our ancestral land and freedom” was pulled down and the words changed from “Anglo Kuki war” to “Kuki Rising.” A commemoration programme with the changed engraving was organised on October 17th, 2020 and the CM of Manipur inaugurated the newly engraved monolith through a video conference. The move was rejected by various Kuki organisations including Kuki National Assembly and many individuals. Many people expressed their displeasure on social media to the Kuki leaders who acceded to the state government's diktat even as they conveyed their concerns as to how the subjugation of Kuki History will serve as a unifying force to herald in peaceful co-existence in the state. In the midst of the thousand voices of agonies, there were a handful of people who welcomed the government’s move to finally acknowledge the Kuki Rising/Rebellion. The argument rendered by those appreciative of the move is that- it is not the name but the recognition of history, which is important. It is worth mentioning that Kuki Inpi Delhi commemorated the 103rd years of Anglo-Kuki war in Delhi and similar programmes were observed elsewhere too, including in Guwahati, where a book titled “Against the Empire: Polity, Economy and Culture during the Anglo-Kuki War, 1917-1919” edited by Dr. D Letkhojam Haokip and Dr. Ngamjahao Kipgen was released.

The centenary years of Anglo-Kuki war 1917-1919 or "Kuki Uprising" is indeed a momentous occasion for the Kukis to hold their head high; an undeniable testimony of their unique history to have fought the British, in whose reign the sun was said to have never set, in defence of their ancestral land and freedom. The issues concerning the naming of the event and the theme notwithstanding, it is one such historically significant event, that deserves to be acknowledged and regarded by not just the people of the state but by the entire country; as one of the greatest wars of Independence against British India.

"They may say and record as Kuki Rising, but it will be Anglo-Kuki war to us, always. They may erase the line- 'in defence of ancestral land and freedom' from the monolith, but it is written in our hearts. They may discredit our story, but history is our greatest achievement; we are the descendants of heroes," said Mr. Thangboi, one of the many Kuki people who believed that irrespective of what is recorded by the British and the Indian government, the fight against the British will always be remembered as Anglo-Kuki War.

(Views expressed are personal. T S Haokip is a freelance writer and author of the book 'Hilly Dreams'.)