Don’t let gender get in the way of anything and follow your passion: Seema Thakur 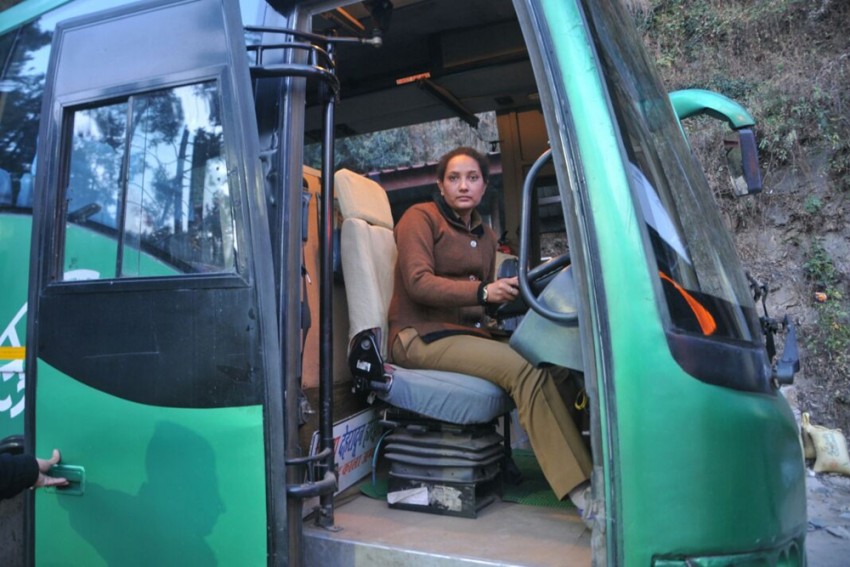 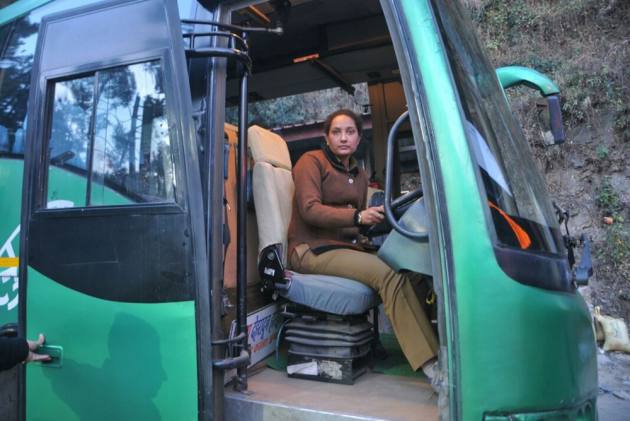 One, that women are quite capable of driving buses on inter-state routes.  And two, you can have a master’s degree under your belt but still follow your passion.

Seema, the HRTC's sole woman bus driver, earlier drove HRTC taxis and later an electric bus on a local route in Shimla, the capital city of Himachal Pradesh and a tourist destination.

Last week, it was a dream come true to drive on an inter-state route – an up-and-down trip from Chandigarh – a first of its kind experience in the region, particularly negotiating the tough hill terrain.

“The experience was immensely satisfying and encouraging. The passengers were quite at ease to see a woman driving them safely to their destinations,  and it was a surprise for drivers and staff at Chandigarh ISBT. A few walked up to me and praised my determination. Drivers of Punjab, Haryana and Chandigarh too had quiet words of encouragement for me,” she told Outlook.

Seema's father had retired from HRTC in 2013, and three years later she was selected by the state government-run undertaking as the first female bus driver.

“The management at that time perhaps did not have the confidence to appoint me as a bus driver, so I drove taxis on Shimla’s sealed/restricted route – Sanjauli –Lakkar Bazar. This did not deter or shake my confidence and I performed my duty happily,” she recalled.

In 2017, she was chosen to drive the new electric bus on the Shimla-Chakkar route, which mostly ferries lawyers practising in district courts. The HRTC has a fleet of 3,100 buses and more than 8,000 employees.

Last year, she was deputed in the inter-state service between Shimla and Solan, where she worked for almost a year. and during the Covid lockdowns, she also acted as a frontline worker, clocking almost eight hours of work daily.

“I am proud to have the opportunity to serve the people during the pandemic. There were fears about catching the infection. Even my family members were scared every time I came home. Yet, it was God’s wish and perhaps the precautions we took, I did not miss a single day of work,” she recalls proudly.

Seema has also appealed to the medical authorities to cover drivers and conductors in the vaccination drive like doctors, nurses and police women. “I feel I am fulfilling a similar kind of duty and face similar risks from the virus,” she said.

A post-graduate in English from Himachal Pradesh University, Seema said that as a child she was motivated by her father, and learnt driving as a passion. She always wanted to do something different from the traditional jobs for women.

“I wanted to break a century-old taboo about women being a weaker sex,  or only men can drive the passenger vehicles, or the women are unsafe in the buses. This is a wrong notion. I chased my dream, though it took time for my bosses to have confidence in my skills and grit,” she said.

Her next dream is to drive the inter-state Volvo service of the HRTC between Shimla and Delhi for which she has already put in a formal request.

“Seema has become a poster girl of the HRTC," said Sandeep Kumar, managing director, HRTC, who is currently on Election Commission observers’ duty in Kerala. "Definitely, in the next batch of drivers to be sent to Bengaluru for Volvo training, she will certainly be considered. We want more girls/women to join the HRTC as the new buses have better technologies and not difficult to drive.”

So don't be surprised if you soon see Seema driving a Volvo bus in India's capital --- New Delhi or even further south, in Bengaluru.