Protests Not Over, Mega Rally Likely At Delhi Borders On Feb 26: Farmers

February 26 marks three months of the sit-in protests and gives farmers time to go home to attend to their crops in March-April. 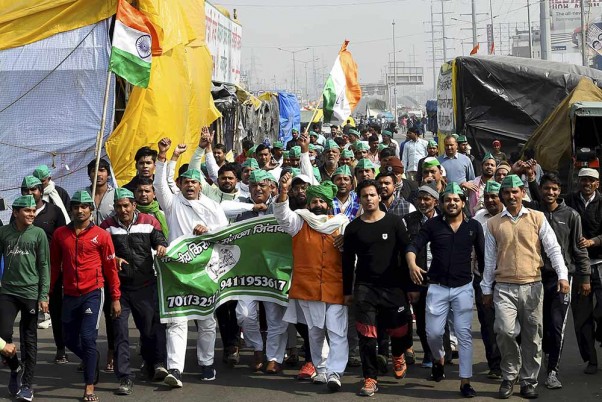 Protesting farmer union leaders are preparing to mark three months of their sit-in protests with a bigger congregation at the borders of the national capital.

“Do not think that the protests are over, we’re reaching out to people through several Mahapanchayats,” asserted Hannan Mollah, general secretary, All India Kisan Sabha, asked about the depleting strength at protest sites.

“There are always troughs and crests in any struggle. One phase of our demonstration was the Republic Day tractor rally. Then we answered with unity when the administration wanted to evict us from Ghazipur,” he added.

Hundreds of tractors rolled into Delhi on January 26. But soon, clashes erupted as Delhi Police used tear gas and baton. A group of farmers stormed the Red Fort and unfurled religious flags.

One protester died and 83 police personnel were injured that day. Several arrests were made following the incident.

Watching him cry on news bulletins and the social media, hundreds of farmers who had left for home after the tractor rally turned back towards Delhi.

The crowd swelled and the administration reportedly had to shelve their plan for eviction.

However, since then the numbers have dwindled at Delhi’s borders.

Now on February 26, Samyukt Kisan Morcha – the umbrella organisation for unions protesting Centre’s farm laws – is said to be preparing a blueprint to re-assemble their members and sympathisers on Delhi’s borders.

The date has been earmarked since it marks three months of the sit-in protests. This also gives farmers time to reach home to attend to their crops in March-April.

Why not speak to the government representatives to break the ice?

“We are always ready for talks,” said Mollah, “but we are waiting for the government’s proposal. We have already rejected their earlier proposal,” he stated.

“But whether talks happen or not, we will continue our protests till our justified demands are met.”