Mirwaiz Farooq Not Released Even During The Month Of Ramzan: Hurriyat

The Hurriyat Conference feel unfortunate, as their chairman has not been released even in the month of Ramzan from his "arbitrary" detention. 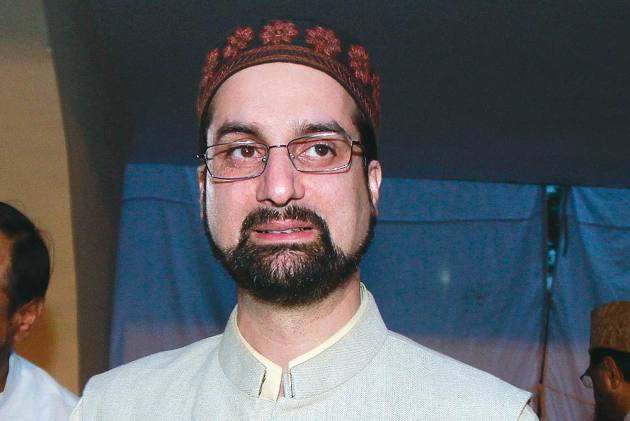 A day before the Centre announced the nullification of the erstwhile state of Jammu and Kashmir's special status, and its bifurcation into union territories of Jammu and Kashmir and Ladakh, the Hurriyat leader was detained at his house on August 4, 2019.

“It is extremely unfortunate and deeply hurts the sentiments of Muslims of Kashmir that even on the first Friday of the blessed month of Ramadhan, the pulpit of the historic and central Jama Masjid in Srinagar continues to remain silent as Mirwaiz-e-Kashmir continues to be kept under arbitrary house detention by the authorities,” the Hurriyat said in a statement issued here.

The Mirwaiz is a prominent religious leader who delivers sermons and preaches at the Jamia Masjid Srinagar on Fridays and important occasions, including during the holy month of Ramzan.

The Hurriyat asked authorities if basic human rights to seek spiritual solace in prayers and supplications was a threat to the peace in the Kashmir Valley.

“The pulpit of the Jama Masjid here would otherwise reverberate in the holy month of Ramadhan, with spiritually uplifting 'waz' and 'tableeg' (sermons and preaching), supplications and fervent prayers to the almighty, providing solace and nourishment to the souls of those participating in it,” the statement said.

The amalgam said at the time of the COVID-19 pandemic, when the need to seek refuge from it by praying was all the more urgent, “the pulpit of the Jama Masjid is forcibly kept silent”.

“It has been more than 20 months now that Mirwaiz is arbitrarily and forcibly detained at his home and not allowed to fulfil his responsibilities even as the Mirwaiz (head priest),” it said.

The Hurriyat said the “high-handedness” of authorities is regrettable and condemnable.

“Such tactics will only further alienation, while strengthening our belief in steadfastness and patience,” the statement said.