Home  »  Website  »  National  »  Leaving With Satisfaction, I Did My Best: CJI SA Bobde

Leaving With Satisfaction, I Did My Best: CJI SA Bobde

Justice Bobde, who decided several key cases during his tenure including the historic Ayodhya verdict, was administered oath as the 47th CJI in November 2019 and is retiring today. 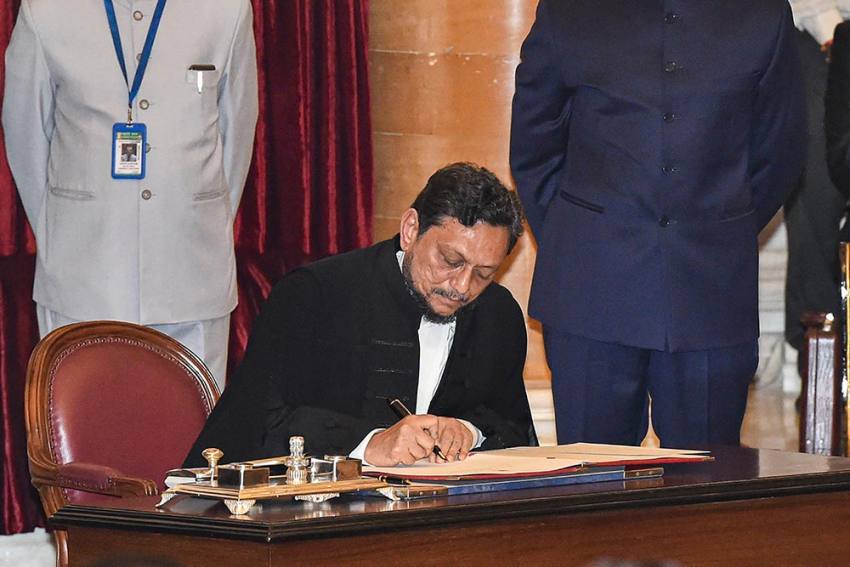 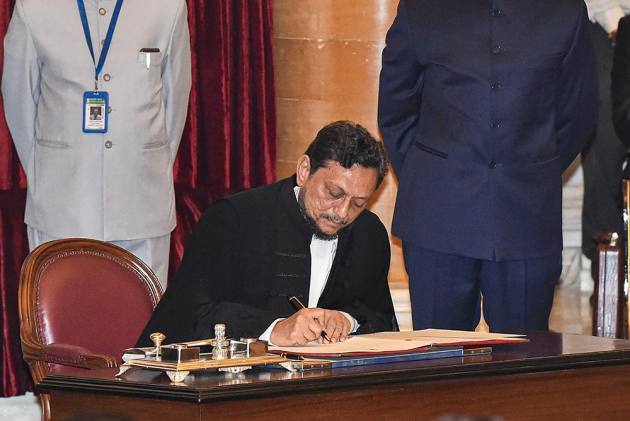 Sharad Arvind Bobde, the outgoing Chief Justice of India (CJI), on Friday said he was leaving the Supreme Court with “happiness, goodwill and very fond memories” and the satisfaction of having done his best.

He headed the Indian judiciary during the unprecedented COVID-19 pandemic ensuring that the apex court kept functioning albeit via video conferencing.

Justice Bobde, who decided several key cases during his tenure including the historic Ayodhya verdict, was administered oath as the 47th CJI in November 2019 and is retiring today.

“I leave this court with happiness, goodwill with very fond memories of wonderful arguments, excellent presentation, good behaviour, commitment to the cause of justice from not only Bar but all connected with it,” Bobde, who was speaking on his last in the apex court, said.

Bobde said he was demitting office after 21 years as judge and it has been his richest experience in the top court and the camaraderie with brother judges has been wonderful.

Contending that transition to the virtual mode during coronavirus pandemic would not have been possible without the registry, Bobde said that there are many unsatisfactory things about virtual hearings which can be ironed out.

“Advantage was that hearings were homely as I could see hills behind lawyers, sculptures and paintings behind lawyers including guns and pistols. The painting behind SG Mehta has been removed now,” he said.

“I leave with the satisfaction that I did my best. I hand over the baton to Justice N V Ramana (48th CJI) who will I am sure will very ably lead the court," Bobde said.

Attorney General K K Venugopal said the tenure of a CJI must be a minimum of three years.

“In March 2020 the world was suffering from COVID-19. Supreme Court also had to take a call and bar thought court will close down.

“But then CJI Bobde rose to the occasion and started virtual hearing and almost 50,000 cases have been disposed of. It's a great achievement,” Venugopal said, adding that bar should unanimously applaud the CJI for the work he has done.

Solicitor General Tushar Mehta said CJI Bobde will not only be known as a erudite and brilliant judge but also a loving and caring human being with amazing sense of humour.

Supreme Court Bar Association president and senior advocate Vikas Singh said this is no age (65) to retire and a Constitutional amendment should be brought to increase the retirement age of judges.

“You had taken up such a contentious matter (pertaining to COVID-19) on the last day too. This shows the involvement of the judges and to ensure oxygen supply can be maintained. Till the last day you were concerned about what is happening," Singh said.

Supreme Court Advocate on Record Association president Shivaji Jadhav said, “We acknowledge the smoothness with which the CJI created a transmission from physical to virtual courts. CJI Bobde will be remembered for his handling of the criminal justice system.”

He also urged that after the summer vacation the apex court should consider opening the courts for physical hearing with due precautions.

Born on April 24, 1956 in Nagpur, Maharashtra, Justice Bobde completed Bachelor of Arts and LLB degrees from Nagpur University. He was enrolled as an advocate of the Bar Council of Maharashtra in 1978.

Justice Bobde practised law at the Nagpur Bench of the Bombay High Court with appearances at Bombay before the Principal Seat and before the Supreme Court for over 21 years. He was designated as senior advocate in 1998.

Justice Bobde was elevated to the Bombay High Court on March 29, 2000, as Additional Judge and sworn in as Chief Justice of Madhya Pradesh High Court on October 16, 2012.