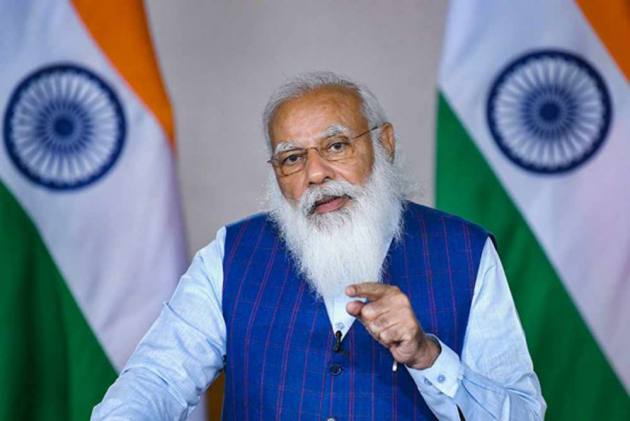 Highlighting the adverse effects of land degradation, Prime Minister Narendra Modi on Monday said that India is aiming to restore 2.6 crore hectares of degraded land by 2030. He further said that India will assist fellow developing nations to implement land-restoration policies.

Modi made these comments during his address at the UN "High-Level Dialogue on Desertification, Land Degradation and Drought", earlier today.

"We have to reduce the tremendous pressure on land and its resources. Clearly, a lot of work lies ahead of us. But we can do it. We can do it together," he said.

Stating that over two-thirds of the world is affected by land-degradation today, Modi said the problem will erode the very foundations of our societies, economies, food security, health, safety and quality of life.

He further said India has taken the lead to highlight land-degradation issues at international forums and cited that the "Delhi Declaration" of 2019 called for better access and stewardship over land and emphasized gender-sensitive transformative projects.

"In India, over the last 10 years, around three million (30 lakh) hectares of forest cover had been added. This has enhanced the combined forest cover to almost one-fourth of the country's total area," the prime minister said.

"We are on track to achieve our national commitment of land degradation neutrality. We are also working towards restoring 26 million (2.6 crore) hectares of degraded land by 2030," the prime minister said.

This would contribute to India's commitment to achieve an additional carbon sink of 2.5 to 3 billion (250 to 300 crore) tonnes of carbon dioxide equivalent, he added.

"We believe that restoration of land can start a cycle for good soil health, increased land productivity, food security and improved livelihoods," the prime minister said.

Noting that land degradation poses a special challenge to the developing world, Modi also told the meet that in the spirit of South-South cooperation, India is assisting fellow developing countries to develop land-restoration strategies.

A centre of excellence is being set up in the country to promote a scientific approach towards land degradation issues, he said.

"It is the mankind's collective responsibility to reverse the damage to land caused by human activity. It is our sacred duty to leave a healthy planet for our future generations," Modi said.