25 Dead, 35 Injured As Bus Falls In Drain In Himachal's Kullu

The private bus (bearing registration number HP 66-7065) fell into the over 300-metre-deep nullah near the Dhoth Morh in Banjar tehsil of the district. 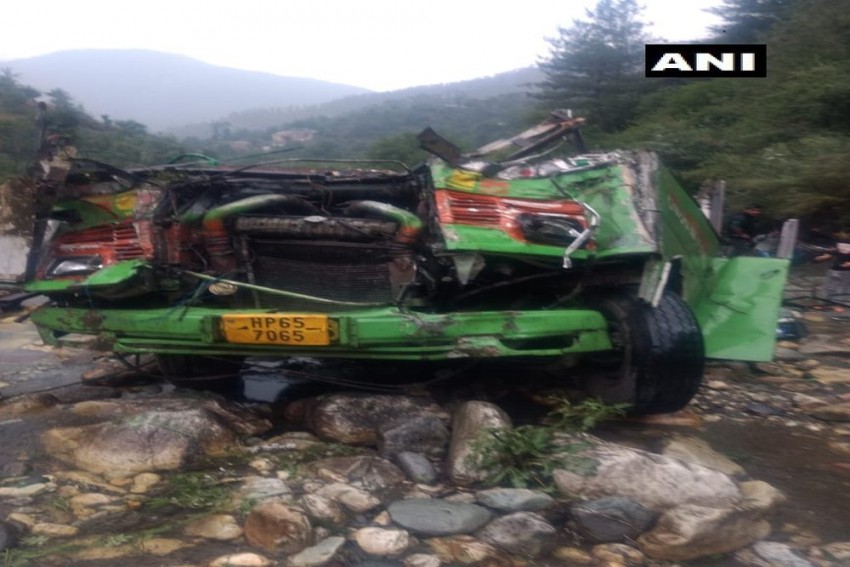 The bus carrying around 50 passengers was on its way from Banjar to Gadagushani area.
ANI/Twitter
Outlook Web Bureau June 20, 2019 00:00 IST 25 Dead, 35 Injured As Bus Falls In Drain In Himachal's Kullu 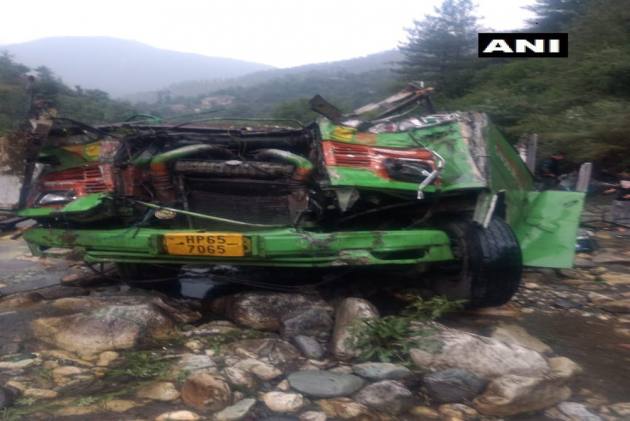 At least 25 people were killed and 35 others severely injured when an overloaded bus fell into a deep drain in Kullu district of Himachal Pradesh on Thursday, officials said.

The private bus (bearing registration number HP 66-7065) fell into the over 300-metre-deep nullah near the Dhoth Morh in Banjar tehsil of the district, Kullu Superintendent of Police Shalini Agnihotri said.

Prima facie, overloading and negligent driving may have caused the accident leading to the death of at least 25 people, Banjar Patwari Sheetal Kumar said.

The bus was on its way to Gada Gushaini from Kullu, Agnihotri said, adding that a rescue operation is on.

Himachal Pradesh Governor Acharya Devvrat and Chief Minister Jai Ram Thakur expressed grief over the tragic accident. In their condolence messages, they prayed for peace to the departed souls and strength to the bereaved family members, an official spokesperson said.

The chief minister has ordered a magisterial inquiry into the incident, the official said, adding that Thakur also asked the administration to provide best possible medicare to the injured passengers.

Most of the victims of the accident were residents of various areas in Kullu district.

The injured are undergoing treatment at the Banjar Civil Hospital and the Kullu district hospital, officials said, adding that there was a possibility that the death toll might rise.

The Kullu district administration announced an immediate relief of Rs 50,000 each to the kin of the deceased and the injured.

Talking to PTI, Piyush Tewari, founder of SaveLIFE Foundation said, "It's a shame that mass-casualty bus crashes have become a norm in India, especially in hilly states like Himachal Pradesh."

"The state government must immediately order a summary audit of all roads, and engineers and contractors responsible for missing basic installations like crash barriers must be booked for causing countless deaths and injuries," he said.