He lives in Rajouri Garden in west Delhi and she in Bhatinda but how do the twain meet for wedding when exits and entries are blocked? 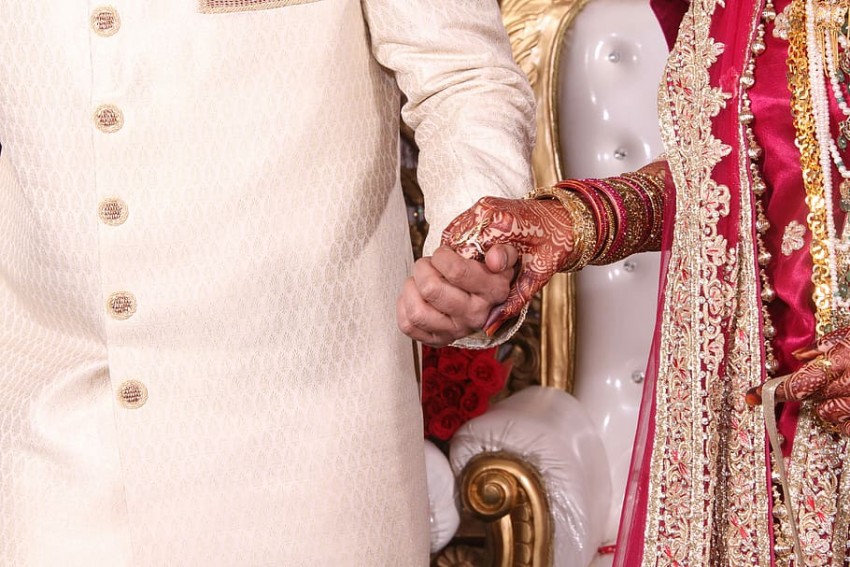 When he lives in Delhi and she in Punjab or Haryana, the road to ‘happily ever after’ is not just long and winding but also riddled with hurdles, the biggest being the farmers’ protest blocking multiple border points in the city, couples getting married in the next few days are finding out to their dismay.

The band is getting ready and so is the ‘baaja’ but the ‘baraat’ is still mapping its route out of the city and wondering just how to make it in time. That is the predicament facing a young man who is just four days away from his D-Day on December 6 in Bhatinda, Punjab.

He lives in Rajouri Garden in west Delhi and she in Bhatinda, about 300 km away, but how do the twain meet for that long-planned wedding when exits and entries are blocked? The soon-to-be-groom, who prefers to stay anonymous, said he supports the farmers' in their protest against the Centre’s new farm laws but the traffic blockade has become a cause of worry.

For the last few days, the 27-year-old said he and his friends have been frantically searching for “open” routes leading to Bhatinda where the wedding is to take place on Sunday.

With thousands of farmers, mostly from Punjab and Haryana, camping at various gateways into the city for seven days on the trot and the talks with the government on Wednesday yielding no tangible result, there’s no easy way out. All key routes connecting Delhi and Bhatinda are blocked as the number of farmers swell at Delhi’s borders with Haryana and Uttar Pradesh.

Among the five border points blocked are Singhu, the main access point for those entering Delhi from Punjab, Tikri and Ghazipur.

“We had planned to leave on Wednesday itself but had to change it due to blockade-related uncertainties. We might take a detour through a village to reach Bhatinda on Thursday,” the young man said hesitatingly.

“There is a chance we might come across another blockade even if we take an alternative route,” he said.

The reimposition of night curfew in Punjab has compounded the problem, said a relative, adding despondently that the farmers' protest doesn’t look like it will end soon.

"We are left with such few to make preparations for the wedding in Bhatinda. The blockade has thrown all plans off course and triggered confusion and chaos among family members and friends," he said.

He is not the only one in a fix.

Mukesh Kumar, a resident of Burari in north Delhi, is scheduled to get married on December 9 at Kurukshetra in Haryana.

The main route, the GT-Karnal Road, is barely 12 kilometres away from Kumar's home but It won’t be so easy. He will have to find another way to get to his wedding, just about 150 km away from Delhi.

Kumar and his family are hoping the standoff between the central government and protesting farmers will end before his marriage.

"The farmers have been camping out at the Singhu border for the last seven days. If the protest continues till next week, we may be in trouble. My father and I are in touch with my friends to find alternative routes," he said.

Though invitations have gone out to around 200 people, the family might also consider cutting down on the number of guests as it will be difficult for everyone to reach Kurukshetra amid the standoff, the groom said.

There is no immediate relief in sight. As the number of farmers increases and police steps up security, getting in and out of the national capital has become increasingly difficult.

While the police have kept the Haryana-Delhi border at Singhu and Tikri closed for traffic, the protest at Ghazipur, the city's border with Uttar Pradesh, led to the closure of a key route connecting the national capital with the state for the second consecutive day.

Two more border points connecting the national capital with Gurgaon and Jhajjar-Bahadurgarh have also been closed as precautionary measures. The spillover traffic has led to long snarls on other roads as well.

The protest against the new farm laws is set to continue as talks between three Union ministers and farmer groups ended in a stalemate on Tuesday. The farmers rejected the government's suggestion of a new committee to look into issues raised by agitating farmers.

The two sides will meet again on Thursday.