A video shows the MoS Finance encouraging the crowd to chant after him ‘Desh ke gaddaro ko, goli maaro saalo ko (shoot the traitors of the nation)’. 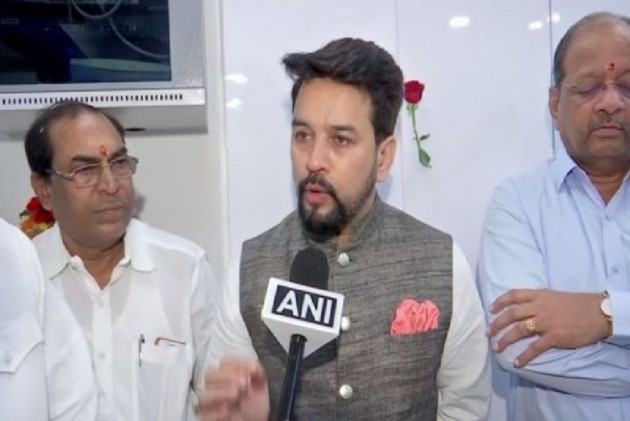 Days after Junior Minister Anurag Thakur led an incendiary chant at an election rally, the Election Commission on Wednesday ordered the Bharatiya Janata Party (BJP) to remove him from the list of campaigners. The EC has also instructed the saffron party to remove another BJP leader Parvesh Varma,

An order issued by the poll body on Wednesday barred the two leaders who made objectionable comments while campaigning during election rallies.

"The Election Commission has ordered the removal of Anurag Thakur and Parvesh Sahib Singh Verma from the list of star campaigners of the Bharatiya Janata Party for the general elections to the Legislative Assembly of the NCT of Delhi with immediate effect and until further orders," it stated.

He had said that "if the BJP forms government on February 11, not a single person will be found at (the protest site) Shaheen Bagh,"

Referring to the protesters, he claimed: "They will enter your homes and rape your daughters and sisters."

On the other hand, a video shows the MoS Finance encouraging the crowd to chant after him ‘Desh ke gaddaro ko, goli maaro saalo ko (shoot the traitors of the nation)’.

Thakur, then, defended leading an incendiary chant at a poll rally in the national capital, saying "the mood of the people of Delhi" should be gauged.

His defence came after it drew sharp criticism, with many alleging that the minister's slogans were "tantamount to incitement to violence".

Anti-Citizenship Amendment Act protests have been going on for over a month at Delhi's Shaheen Bagh. The protest, which is led by women, has become the face of agitation against the new legislation across the country.