Home  »  Website  »  National  »  Delay, Despair And Discrimination Against Dalits Even After Cyclone Fani: When Will Odisha Learn?
Opinion

Delay, Despair And Discrimination Against Dalits Even After Cyclone Fani: When Will Odisha Learn?

Although 1.4 million people were evacuated just in time, relief in Puri and other places including Bhubaneswar reached one week after the cyclone. 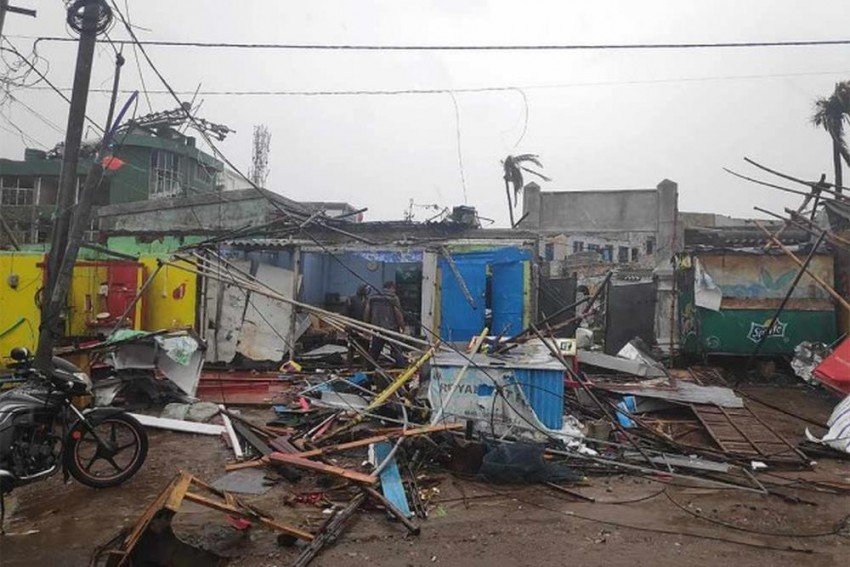 File Photo
Debabrata Patra 2019-05-15T10:55:36+05:30 Delay, Despair And Discrimination Against Dalits Even After Cyclone Fani: When Will Odisha Learn? 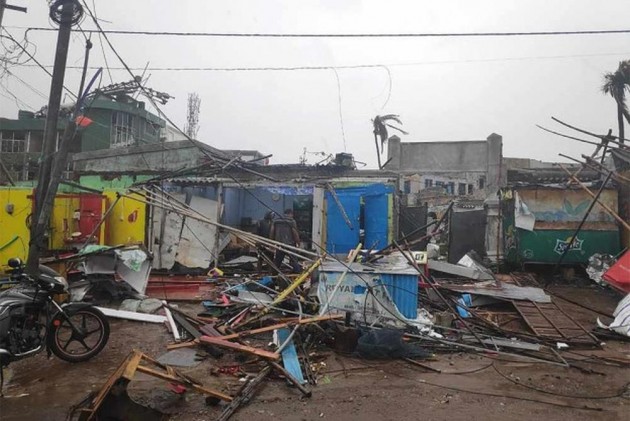 Cyclone Fani, which hit Odisha 12 days ago, has affected the speed of relief distribution and might also delay the rehabilitation packages owing to upcoming rains and the disaster season from May to November.

No one would have imagined that Cyclone Fani would leave behind a trail of destruction. Although 1.4 million people were evacuated just in time, relief in Puri and other places including Bhubaneswar reached one week after the cyclone. In some areas in Puri and Bhubaneswar, the initial relief still hasn’t reached people.

During the 1999 super cyclone and Phailin cyclone in 2014 we found out that people in Dalit villages were denied entry in cyclone shelters and deprived of relief packages. In some areas, nearby villagers looted relief trucks which were on their way to Dalit villages. The citizen’s reports after Phailin highlighted the fact that Dalits have been the worst sufferers in accessing relief materials and shelter. Dalits were not given access to the shelters and they stayed under unsafe conditions.

Therefore, a major demand was that cyclone shelters should be built in Dalit hamlets so that they have easy access. In some areas in Ganjam district, Dalit communities have succeeded in getting a cyclone shelter in their village. In Biripur village, the need for construction of cyclone shelter was identified during the initial disaster preparedness plan. The task force members, women leaders and PRI members held a discussion with the district administration and a cyclone shelter was constructed.

The incidents of Dalit discrimination or discrimination against vulnerable communities always exist prior to the disaster. But in times of disaster, it can be life-threatening. If families are denied entry in cyclone shelter, they have no option but to stay in open which was seen in the case of four Dalit families in Chandanpur, Biraramahandrapur, Pateli Biripatia village in Puri district. Ashok Sethi from Brahmagiri block in Puri district refused to wash clothes for free under caste-based bondage system. His house was razed to ground, and his family took refuge in a nearby cyclone shelter. During cyclone Fani, his family was again being vacated from the cyclone shelter, but good sense prevailed in the district administration after which he was allowed to stay.

Smita Kandi, a Dalit woman from Bhinguradihi village in Puri said she was not aware about the cyclone nor was she given any warning. She was staying in her thatched house during the time of cyclone. Her house has been damaged and she is now staying with her neighbour.

Constitution of India abolishes untouchability in any form through Article 17. The enforcement of any disability arising out of untouchability shall be an offence punishable in accordance with law.

The Red Cross code of conduct says relief aid should be provided regardless of race, creed or nationality of the recipients and without adverse distinction of any kind. As per HAP (Humanitarian Accountability Partnership) principles, we should provide humanitarian assistance without discrimination (including that based upon gender, age, race, disability, ethnic background, nationality or political, religious, cultural or organisational affiliation). Sphere standards of humanitarian response also lays down the standards which prohibit discrimination to ensure people’s access to assistance.

India is a signatory to a host of international human rights conventions including Universal Declaration of Human Rights which prohibits discrimination in any manner. India accepted recommendations in the periodic review of human rights to prevent discrimination and violence against women and girls, members of religious minorities, and Scheduled Castes and Scheduled Tribes. Government, aid agencies and communities should be aware about constitutional provisions and other standards to wipe out discrimination during relief and rehabilitation work.

Desperation has set in the minds of people who have been suffering at the hands of cyclone since last super cyclone.

In Tandahar village near Konark, which is within 1 km from the sea, people have relocated four times since the 1999 super cyclone. The residents of this village, who were shifted to a school during cyclone Fani, say they are unwilling to go back to their villages because they are certain that they are likely to be displaced again.

Laxmi Behera, a Dalit woman from Delang, Puri, who has lost her house and standing crops demanded that she should be provided a pucca house by the government now to withstand regular disasters in this area.

There is a need for psycho-social interventions for the traumatized communities, especially people who have lost their family members, houses and livelihoods.

What should be the government’s role in this? The government should not only ensure law and order, but also issue clear circulars for the relief officers to take action against looters. Government should also ensure speedy delivery of relief and rehabilitation works and livelihood packages before the arrival of monsoon. The government needs to act against discrimination. The MGNREGS (Mahatma Gandhi National Rural Employment Scheme) should be used to clean up the debris from villages and agricultural fields and use it for shelter repairing. All these can assuage the fear of affected community regarding impending disasters.

How can the civil society help? They should highlight the cases of discrimination and urge authorities to take action. The civil society organisations (CSOs) should urge government to rehabilitate risk-prone villages along the coast without undermining their livelihoods. The non-governmental organisations need to mobilise their funds to supplement the government efforts in relief and rehabilitation. Wherever possible it will be good for CSOs to focus on deprived communities and vulnerable households. Media has a major role in this. They should be roped in to highlight the cases of delay, discrimination and despair in all affected areas.

What should communities do? The affected and discriminated communities should unite and demand speedy disbursal of compensation packages, and good disaster resilient infrastructure like cyclone shelters.

Most importantly, the communities must demand accountability from all agencies regarding cost, quality, quantity and timely delivery of relief and rehabilitation packages.

(Debabrata Patra is working as the Regional Manager, ActionAid, Bhubaneswar, Odisha. The views are personal.)

'He Asked Me If I Didn't Need Sex Every Day': Air India Woman Pilot Complains Against Senior