'Deeply Troubling': US Presidential Candidates Back Pramila Jayapal After Row Over Meeting With S Jaishankar 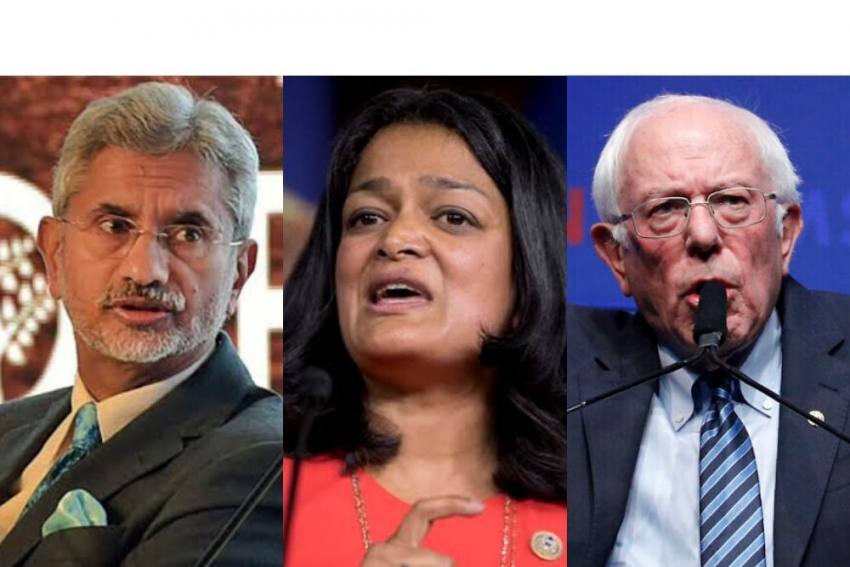 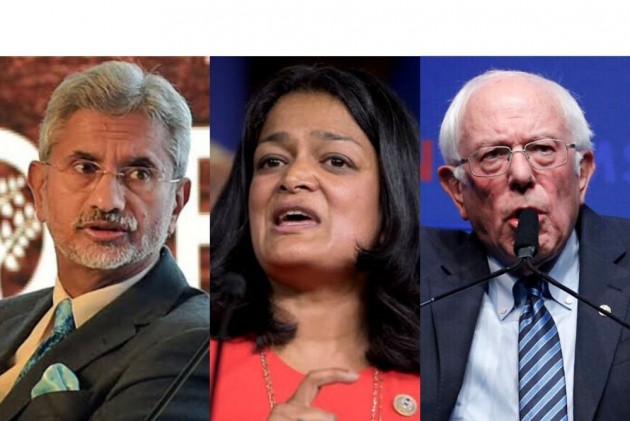 Leading Democratic presidential aspirants – Senators Bernie Sanders and Elizabeth Warren – and two other US lawmakers, including senator Kamala Harris, have come out in support of Indian-American Congresswoman Pramila Jayapal.  External Affairs Minister S Jaishankar cancelled his meeting with a Congressional committee as Jayapal was invited to be a part of that group, she claimed.

Jaishankar refused to meet Jayapal who introduced a Congressional resolution on Kashmir urging India to lift all the restrictions in Jammu and Kashmir imposed after the abrogation of Article 370 on August 5.

"I am aware of that (Congressional) resolution. I don't think it's a fair understanding of the situation in Jammu and Kashmir, or a fair characterisation of what the government of India is doing. And I have no interest in meeting (Jayapal)," Jaishankar told a group of Indian reporters here on Thursday.

"I have an interest in meeting people who are objective and open to discussion but not the people who already made up their minds," Jaishankar said in response to a question.

Senators Sanders, Warren and other lawmakers tweeted on Friday to express their support for Jayapal, accusing Jaishankar and India of trying to silence the voice of a US lawmaker.

"Shutting out US lawmakers who are standing up for human rights is what we expect from authoritarian regimes - not the government of India. Jayapal is right. She must not be excluded for being outspoken about the unacceptable crackdown on Kashmiris and Muslims," said Sanders, who was the first Democratic presidential candidate to oppose India's abrogation of Article 370 in Jammu and Kashmir.

"The US and India have an important partnership - but our partnership can only succeed if it is rooted in honest dialogue and shared respect for religious pluralism, democracy, and human rights," Warren said in a tweet.

She said the "efforts to silence" Jayapal "are deeply troubling".

India has defended the restrictions in Kashmir on the grounds that they were imposed to prevent Pakistan from creating more mischief through proxies and terrorists following the abrogation of Article 370 which ended the special status of Jammu and Kashmir.

"It's wrong for any foreign government to tell Congress what members are allowed in meetings on Capitol Hill," Kamala Harris, who dropped out of the Democratic presidential race early this month said in a tweet.

The first US Senator of Indian-origin, Harris said she stood with Jayapal.

"I'm glad her colleagues in the House did too," she said, responding to a news report in The Washington Post which said that Jaishankar refused to attend a meeting of House Foreign Affairs Committee because Jayapal was also scheduled to attend that meeting along with other lawmakers.

"No foreign government should dictate who is or isn't allowed into meetings on Capitol Hill," Congressman Jim McGovern said in a tweet.

"I stand with" Jayapal and "applaud" Congressman Eliot Engel, Chairman of the House Foreign Affairs Committee "and others for doing the same", he said.

"The partnership between the US and India must be grounded in open, honest conversation between friends," McGovern said.

Earlier, The Washington Post reported that Jaishankar "abruptly cancelled a meeting with senior members of Congress this week after US lawmakers refused demands to exclude" Jayapal from the meeting.

"This only furthers the idea that the Indian government isn't willing to listen to any dissent at all. The seriousness of this moment should've been a reason for a conversation, not dictating who's in the meeting, which seems very petty," Jayapal was quoted as saying by the leading American daily.

However, eminent Indian-American Bharat Barai, who has engaged with Jayapal in the past on her Kashmir resolution, said the Democratic Congresswoman "with ulterior motives" tried to force herself into the meeting between Jaishankar and leadership of the House Foreign Affairs Committee, of which she is not a member.

"Reality is that she is not part of House Foreign Affairs Committee. She is a highly biased person. My feeling is that she wanted to indulge in a heated argument with Jaishankar and then go to The Washington Post and get propaganda out of it," Barai told PTI.

Barai, a major fundraiser, has been in close communication with Jayapal and her office over the past few months on the issue of Kashmir resolution.

Barai said Jaishankar took the right call in "not falling into the trap" being laid out by Jayapal and members of the "so-called progressive group".

"Does (US) Secretary (of State) (Mike) Pompeo meet every Indian parliamentarian when he goes to India? At the most, he will meet those MPs who handle foreign relations committee," Barai said.

"Her position on Kashmir issue is well known. She has already made up her mind, which she is not willing to change," he asserted.

Another Indian-American, who requested anonymity, said it was not India which put conditions for the meeting but the House Foreign Affairs Committee that insisted on unilaterally bringing in a non-member.

"No Foreign Minister of any independent country should be pressured into meeting such politicians with their own agendas," he said.

"A distorted narrative" is being put out by some about Jaishankar's meeting with the US Congress, he said.