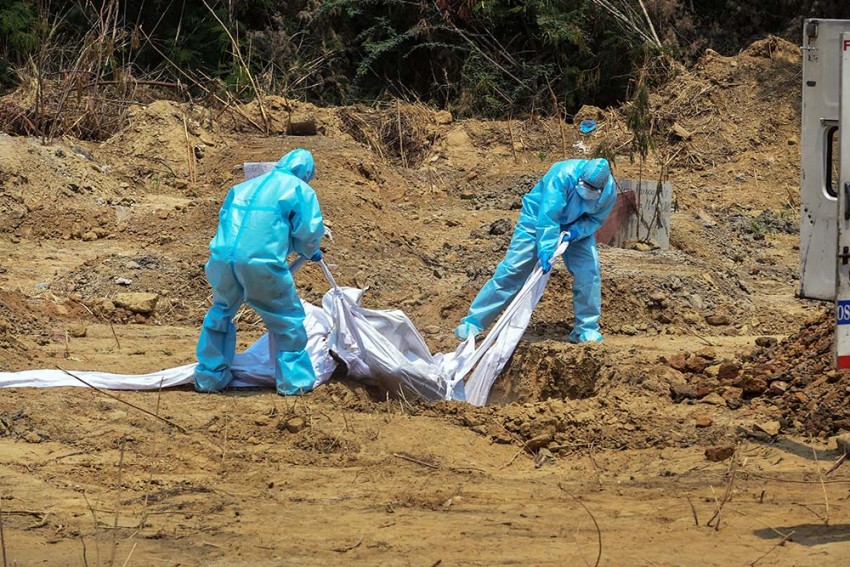 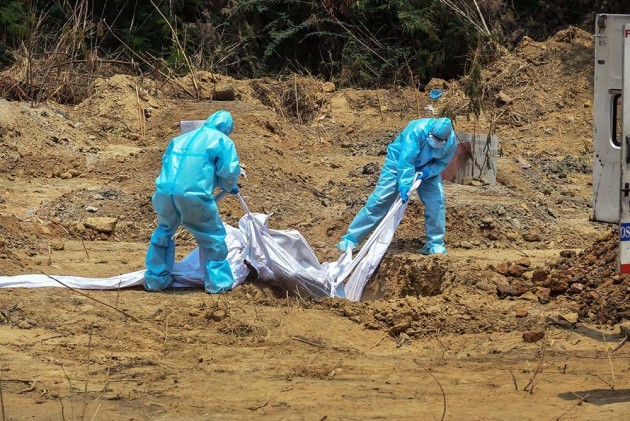 Home is where the heart is, in life and in death, too.

The 23-year-old Raphael AVL Malchhanhima was a distraught man when his friend Vivian Lalremsanga died of suspected heart attack on April 23 in Chennai.

The lockdown had shuttered the city and cluttered his mind.

The post-mortem was conducted and the local authorities suggested that Lalremsanga's last rites be performed in Chennai, over 3,000 km away from home, as transporting his body was out of the question.

Lalremsanga had recently completed a course in hotel management and was waiting to collect the certificate, and hoping to start a career in an induustry which held great promise before the coronavirus sank it into an unfathomable abyss.

But fate willed otherwise and his body was found outside his rented apartment.

Despite the authorities in Chennai suggesting that Lalremsanga be buried at a cemetery there, Malchhanhima could not bring bring himself to accept the idea of leaving his 28-year-old friend miles and miles away from home.

It was then that 'Tlawmngaina', the Mizo code of ethics, which espouses the moral of self-sacrifice for the common good, showed him the way. He had made up his mind. His friend's lifeless body will not remain in the bowel of earth in faraway land.

The Mizoram government and the Chennai Mizo Welfare Association stepped in.

"The body was at the mortuary of a hospital and we were thinking of ways to transport it to Mizoram amid the lockdown. Two ambulance drivers saw our plight and came forward to help us, saying they had earlier been to Assam as lorry drivers," Chennai Mizo Welfare Association secretary Michael Lalrinkima told PTI.

The drivers, however, insisted that somebody from Mizoram accompany them. Malchhanhima volunteered.

And then began Lalremsanga's journey homeward, embalmed and enshrouded, in an ambulance with his caring friend and the two good samaritans--Chinnathanbi and Jeyanthiran--through deserted highways and bleak landscapes on April 25.

"The thought of my friend being buried far away from his home troubled me. My father, a preacher, also encouraged me to accompany the mortal remains of my friend withstanding
the difficulties of the journey," Malchhanhima, a native of the remote Hmawngbu village in south Mizoram's Lawngtlai district, told PTI.

He said they were stopped by police at several places and would travel long hours at a stretch without food as most highway eateries were shut. When they would find one, they were asked to wait outside and collect the packaged food which they ate inside the ambulance.

Before reaching Mizoram on Tuesday, after a four-day back-breaking and emotionally draining journey, they were screened at Vairengte check-gate on the state's border with Assam.

Once in, the pervasive sombreness of the occasion lifted momentarily, when people greeted and thanked them for bringing back Lalremsanga home, among his own people, before he joined the invisibles.

"Thank you from the bottom of our hearts! You've just shown what every Mizo heartbeat means when it comes to the term 'Tlawmngaihna'," Chief Minister Zoramthanga tweeted.

Malchhanhima has been put under quarantine for 14 days at a designated facility, while his friend Lalremsanga rests in everlasting peace at a cemetery near his home in Aizawl's Model Veng.