Closely Monitoring Developments In Myanmar, Yet To Probe Reports Of Cross-Border Intrusions: MEA

Ever since Myanmar witnessed a military coup in February, 16 people from the neighbouring country have crossed the Indian border and taken refuge in Mizoram, reports claimed 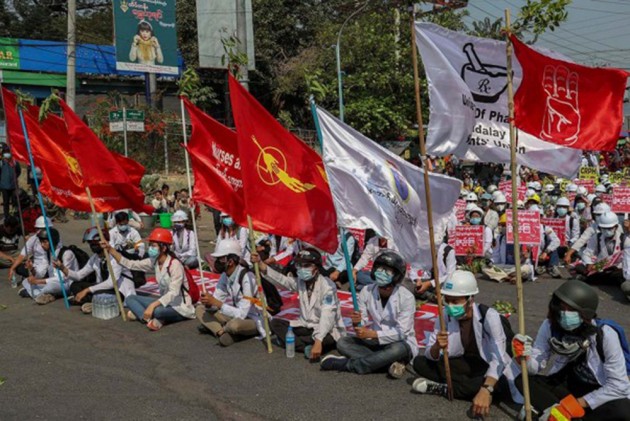 Amid protests in Myanmar showing no signs of ceasing, India on Friday said that it is closely monitoring developments unfolding there.

The ministry of external affairs’ (MEA) statement comes amid more and more protesters in Myanmar taking to the streets to oppose the recent military coup. The clashes between the protesters and the military have also taken a violent turn, lately. A UN official speaking from Switzerland said 38 people had been killed on Wednesday, a figure consistent with other reports though accounts are difficult to confirm inside the country.

Governments around the world, including the United States, have condemned the coup, which they claim, has reversed years of slow progress toward democracy.

Meanwhile, India has also held discussion with partner nations, emphasising that all issues must be resolved peacefully through talks.

Amid reports that claimed that some people, including police personnel, from Myanmar have crossed the Indian border and taken refuge in Mizoram, the MEA said it was "ascertaining the facts".

A total of 16 people from Myanmar have crossed the Indian border and taken refuge in Mizoram since the neighbouring country's military ousted the elected government in February, and 11 of them have claimed that they were police personnel, a senior official said.

When asked about it at an online media briefing, MEA spokesperson Anurag Srivastava said, "As of now we are ascertaining the facts, we will revert to you once we have more details on this."

On the prevailing situation in Myanmar, he said, "We are closely watching the developments in Myanmar. We have also been discussing this with our partner countries. In these discussions, we have said that all issues and differences should be resolved peacefully through talks and that has been our position."

Asked about displaced Myanmar nationals for which India had dispatched two coast guard ships last week, Srivastava said, "Our coast guard has continued to provide humanitarian relief to the occupants of the boat, including medical assistance, food and drinking water."

"We have been in touch with the Bangladeshi authorities to facilitate their safe repatriation back to Bangladesh from where they originated," he said.