Voting for the fourth phase of the West Bengal Assembly elections begun at 7 am on Saturday. Polling will take place in 44 constituencies. 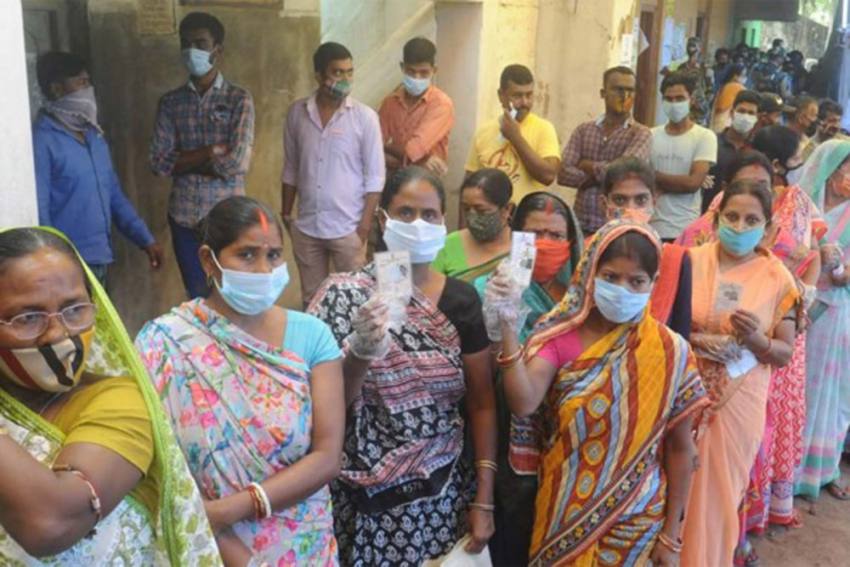 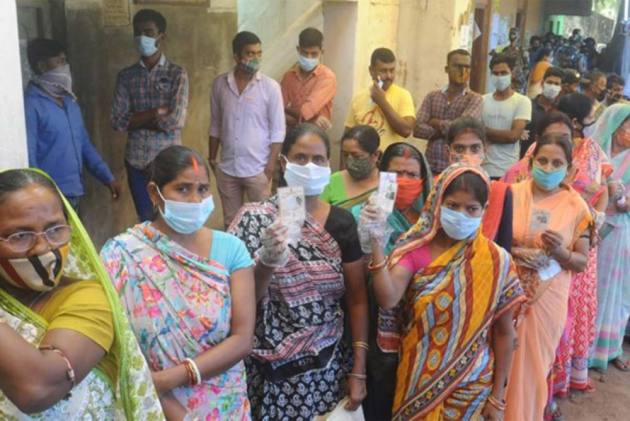 Voting started for the fourth phase of the West Bengal Assembly elections at 7 am on Saturday. Polling will take place in 44 constituencies and a total of 1,15,81,022 voters will decide the fate of 373 candidates including that of many heavyweights such as Union minister Babul Supriyo and state cabinet ministers Partha Chatterjee and Arup Biswas.

The Assembly elections, which began on March 27, are being held in eight phases, with the last phase of polling scheduled to take place on April 29. Counting of votes is scheduled to occur on May 2.

The fourth phase of elections will cover Cooch Behar and Alipurduar districts in north Bengal and parts of South 24 Parganas, Howrah and Hoogly in the southern part of the state.

The Election Commission has deployed 789 companies of central armed police force (CAPF) in 15,940 polling stations spread across the 44 constituencies, where elections are being held. Each company of CAPF comprises 100 personnel including officers.

The highest deployment of 187 companies of CAPF will be in Cooch Behar, which has witnessed sporadic incidents of violence in the run up to the elections including an attack on BJP state president Dilip Ghosh allegedly by TMC supporters.

In one of the high profile contests of this phase, Babul Supriyo will lock horns with sitting MLA Arup Biswas at Tollygunj, known to be the heart of the Bengali film industry in the southern outskirts of Kolkata, while Partha Chatterjee, who is also the TMC's secretary general, will take on film actor Srabanti Chatterjee of the BJP in Behala West seat to return to the Assembly for the fourth successive term.

Also in the fray on Saturday is TMC turncoat Rajib Banerjee, a former minister of the Mamata Banerjee cabinet, who will contest from Domjur in Howrah district on a BJP ticket. He along with fellow turncoat Suvendu Adhikari has been the focus of stinging attacks by the TMC supremo who called them "gaddars" (traitors) and Mir Jafar and attacked them in almost every election meeting.

Mir Jafar had betrayed Nawab Siraj-ud-Dullah of Bengal in the historic Battle of Plassey in 1757. The battle had spelt doom for the nawab and the British East India Company annexed Bengal and set the stage for colonial rule the in country that lasted for about two centuries.

Rajib Banerjee on his part has said at the campaign meetings that it had become impossible to remain in TMC owing to its "corrupt practices" and arrogance and anti-people stance of its leaders. He claimed that has joined BJP to work for the people of the state.

BJP MPs Locket Chatterjee and Nisith Pramanik are contesting from Chuchura and Dinhata seats in Hoogly and Cooch Behar districts respectively. Their presence in the poll fray for the state assembly had led the TMC supremo to quip that the saffron party is fielding its parliamentary members as it does not have suitable candidates.

The saffron party replied saying that by nominating its MPs it showed the importance it accorded to the assembly elections in West Bengal.

Polling will be held for nine assembly constituencies in Howrah, 11 in South 24 Parganas, five in Alipurduar, nine in Coochbehar and ten in Hooghly.

Mamata Banerjee and TMC MP Abhishek Banerjee, a Lok Sabha MP, held several public meetings in many of the constituencies going to poll on Saturday.