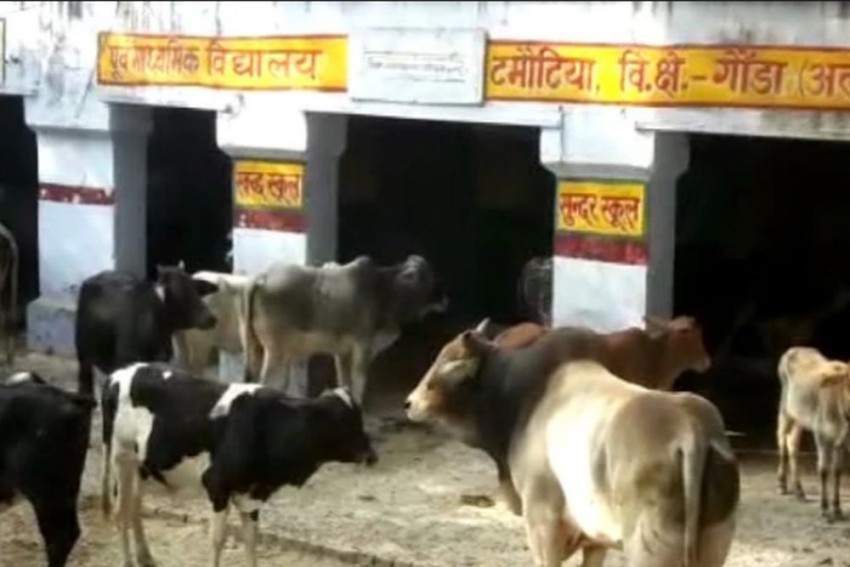 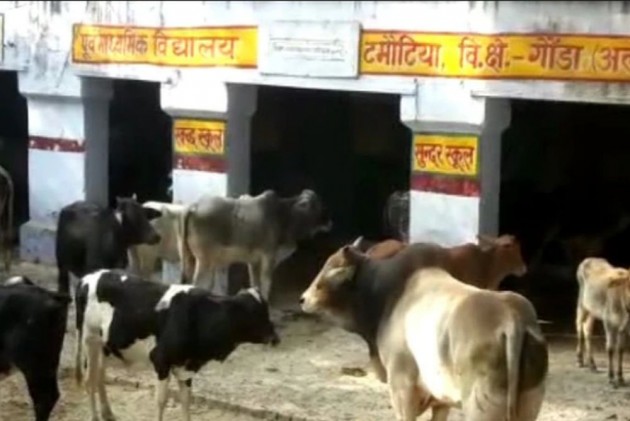 Students and teachers of around a government school and primary health centre in Gorai area in Aligarh were forced to stay out of their classrooms after the villagers herded stray cows and bulls inside the school compounds. Later, the schools were closed by the administration and the children went back to their homes.

Over 700 stray cows were locked up inside the school to save their crops from being damaged by the cattle.

"The cows are destroying our crops. For long, we have been demanding cow shelters from the government but no action is being taken," a farmer said.

Taking note of the issue, Aligarh District Magistrate CB Singh said that they have directed the officials to visit the site. "The process of constructing cow shelters in various villages is underway," he said.

"We have received complaints that villagers locked up stray cows in school and health centre. I have directed Sub-Divisional Magistrate to visit Gorai. Village heads will be given the responsibility to resolve the issue," he added.

Farmers in Bulandshahr have also been facing a similar problem for long and they are spending nights in their farms to protect their crops from being destroyed by stray cattle. "Our crops are being damaged regularly. We are very much worried," said a farmer.

"Administration was transporting the stray cows to shelters when few people attacked the vehicles as rumours were spread through WhatsApp that cows were being taken to be slaughtered," said Aligarh Senior Superintendent of Police AK Sahni.