Saxena was named only in the third supplementary complaint filed in July 2018. The same is also under challenge before Delhi High Court by another accused in the case, Khaitan. 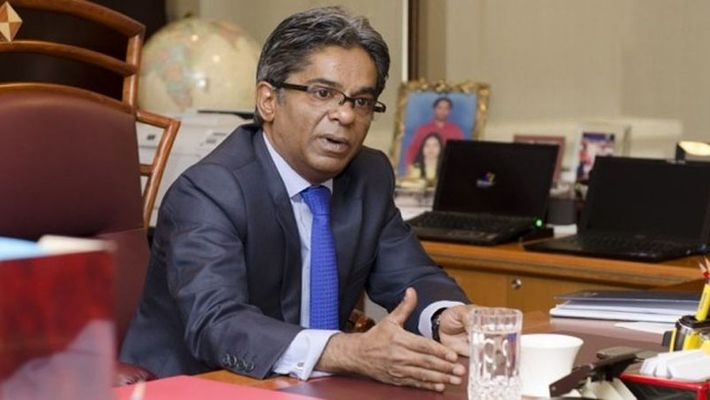 In a major boost to agencies probing high-profile corruption cases, a Dubai-based businessman wanted in the VVIP choppers case and a corporate aviation lobbyist have been deported to India, officials said Thursday.

They said Rajeev Shamsher Bahadur Saxena wanted in Rs 3,600 crore AgustaWestland VVIP choppers money laundering case and lobbyist Deepak Talwar wanted by the ED and the CBI in a case of misusing over Rs 90 crore taken through the foreign funding route, were brought in a special plane to Delhi around 1:30 AM.

The two have been arrested by the ED.

Informed sources said a two-member ED team headed by an Inspector General rank officer and officials of Ministry of External Affairs and Research and Analysis Wing (R&AW) have accompanied both the accused to Delhi from Dubai in the aircraft which landed at the Indira Gandhi International (IGI) Airport here around 2.30 a.m.

After completing the immigration process and medical examination, he was moved to the ED's Jamnagar House office here. There was, however, no clear information on Saxena's whereabouts.

Saxena was reportedly picked up by the UAE security authorities from his residence on Wednesday morning and extradited to India in the evening for his pivotal role in laundering the money received to pay kickbacks in the Rs 3,600 crore AgustaWestland scam.

Besides Saxena, the agencies also brought corporate lobbyist Talwar to India as he fled to Dubai after the Indian agencies started probing his role for concealing income of more than Rs 1,000 crore as well as facilitating aviation contracts during the UPA regime. He is accused of brokering aviation sector deals, getting government approval in foreign companies, securing favours for clients and having ties with UPA functionaries.

In Saxena case, the ED in its supplementary charge sheet had elaborated on how the bribe money paid to clinch the AgustaWestland chopper deal was "layered" and projected as "untainted money" by creating "fictitious invoices".

In its charge sheet, the ED has also mentioned how fictitious engineering contracts were created to hide the kickbacks allegedly paid by AgustaWestland to companies directly controlled by lawyer Gautam Khaitan -- now in ED custody -- and his associate Saxena.

A Delhi court had issued a non-bailable warrant against Saxena, a businessman in Dubai, after it knew that he had not joined investigation despite repeated summons against him.

Saxena's name was mentioned in a charge sheet filed against his wife, Shivani, who is out on bail now after being arrested by the ED.

Saxena was named only in the third supplementary complaint filed in July 2018. The same is also under challenge before Delhi High Court by another accused in the case, Khaitan.

In a statement, Saxena's lawyers Geeta Luthra and Prateek Yadav meanwhile claimed "there was no extradition proceedings started in the UAE" and that their client was neither allowed to access his family or lawyers, nor did he get his essential daily medicine.

Saxena and Talwar were extradited like British national and the middleman in the AgustaWestland case, Michel, 57, who was brought to India on December 4, 2018 following his extradition by the UAE. He is currently in ED custody.

The ED had earlier arrested Saxena, the Director of Matrix Holdings Dubai, under the Prevention of Money Laundering Act in connection with the case.

On January 1, 2014, India cancelled the contract with Finmeccanica's British subsidiary AgustaWestland for supplying 12 AW-101 VVIP choppers to the Indian Air Force (IAF) over alleged breach of contractual obligations and on charges of paying kickbacks amounting to Rs 423 crore.