After 'Divider-in-Chief' Cover, Time Magazine Article Says 'Narendra Modi Has United India Like No Other PM' 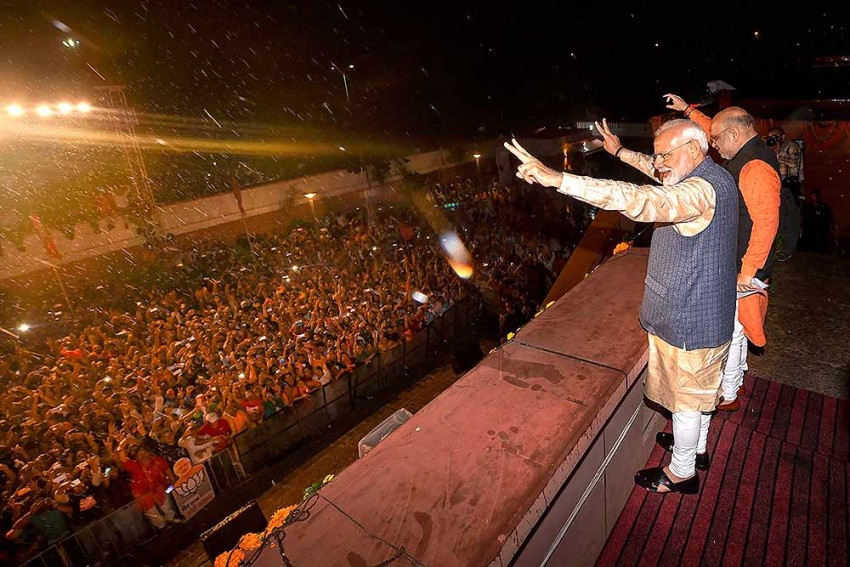 Prime Minister Narendra Modi greets BJP supporters at party headquarters in New Delhi after the nation voted him back to power on May 23.
Outlook Web Bureau 2019-05-29T14:33:43+05:30 After 'Divider-in-Chief' Cover, Time Magazine Article Says 'Narendra Modi Has United India Like No Other PM' 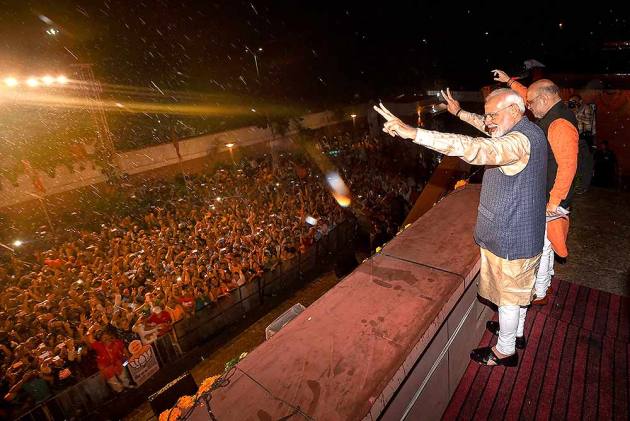 Days after Prime Minister Narendra Modi stormed back to power with a mammoth tally of 352 seats, Time magazine has published an article titled, "Modi Has United India Like No Prime Minister in Decades," written by Manoj Ladwa.

Ladwa is the founder and chief executive of the India Inc Group, a London-based media organisation.

“Despite the strong and often unfair criticisms levelled at Modi’s policies both throughout his first term and this marathon election, no Prime Minister has united the Indian electorate as much in close to five decades," Ladwa writes.

In 2014, Ladwa led the Research Analysis and Messaging division of the Narendra Modi for Prime Minister campaign. He further wrote that Modi won a massive mandate as he managed to transcend India’s greatest fault line: the class divide.

"His second consecutive term is a victory for meritocracy, and for the opportunity, thanks to a slate of welfare policies for the country’s extreme poor.

"Through socially progressive policies, he has brought many Indians, both Hindus and religious minorities, out of poverty at a faster rate than in any previous generation," Ladwa claims.

In stark contrast to Taseer's piece, Ladwa's article is an endorsement of Modi's economic policies, electrification of almost all the villages, and embrace of technology, which, he says, is driving transformative programmes in several areas.

As Modi enters his second term as leader of the world’s largest democracy, Ladwa writes that he still has work to do.

“Having plugged some horrendous holes in India’s notoriously inefficient and corrupt bureaucracy in his first term, he will now need to focus much more ruthlessly on reforming those institutions and make them fit for the coming decades.

"This will require him to remain the pragmatic politician he is, and continue to shun the temptations of populism as he sets out his stall for a second term," he says.

“Modi may have been criticised for remaining silent during incidents of social unrest. But his work has been given the thumbs up at the ballot box by the Indian voters for directly addressing the root causes of some of India’s divisions. For them, the Modi dream of a New India remains very much intact,” Ladwa added.

(With inputs From PTI)

Uttarakhand: BJP Library Gets Quran After PM Modi's Appeal To Win Over Minorities