BSF arrested the 31 Rohingyas, who were stranded on the Indo-Bangladesh border since Friday, and handed them over to the Tripura Police on Tuesday. 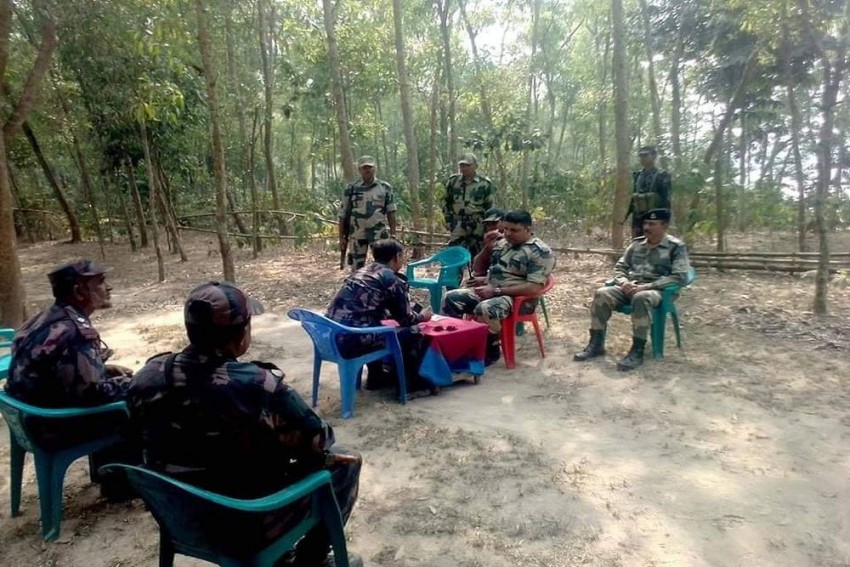 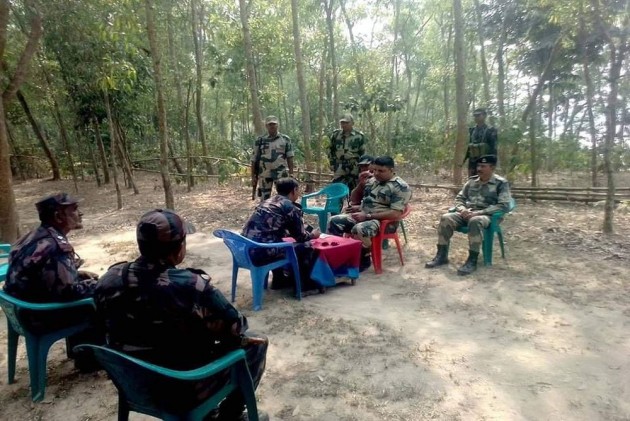 Even as the BSF arrested the 31 Rohingyas, who were stranded on the Indo-Bangladesh border since Friday, and handed them over to the Tripura Police on Tuesday, 30 more Rohingyas, including 12 children, were apprehended by Assam Police along the Tripura-Assam border on Monday.

"During regular check-up, police suspected few passengers in a bus coming from Tripura to Assam on Monday evening. Initially, police thought them to be Bangladeshis. But during interrogation, they identified themselves as Rohingyas. We also found a valid UNESCO card with them. Now we shall send them to Karimganj for inquiry and they will take step accordingly," said Soumitra Bhattacharya, officer-in-charge of the Churaibari watch post of Assam Police.

Police said they are checking the authenticity of the cards.

One of the apprehended Rohingyas claimed that they had come from Jammu to Agartala via Delhi and Guwahati in search of work but even after staying in a hotel for three days, they did not get any work in Agartala. Hence, they were returning to Guwahati to find some job there.

They also informed that a West Bengal-based man named Raju had brought them there.

Meantime, 31 Rohingyas including 16 children and nine female are spending chill winter nights in the open sky for the fourth consecutive day at Rayermura under Amtali police station in the outskirts of Tripura capital Agartala.

They are stranded between the Indian barbed wire border fencing and the border pillars demarcating India and Bangladesh as reportedly border guards of both the nations are alleging each other for pushing them to the other nation's territory.

While the Border Security Force (BSF) has alleged that the Border Guards Bangladesh (BGB) tried to push them to Indian Territory on the contrary BGB alleges the opposite.

"We are waiting instructions from the BSF headquarters in Delhi by Tuesday about the next course of action concerning these 31 Rohingya Muslims," a BSF official told IANS late on Mondaynight refusing to disclose his identity.

Deputy Inspector General of BSF Brajesh Kumar told the media that the BSF has been providing food and other basic necessities to the six men, nine women and 16 children on humanitarian ground.

The Bangladeshi media said that the BGB Commanding Officer Lt. Col. Gomal Kabir, who is the commandant of 25 Battalion of the BGB, has alleged that the BSF has been pushing Rohingyas into Bangladeshi territory. The BSF rejected the charge.