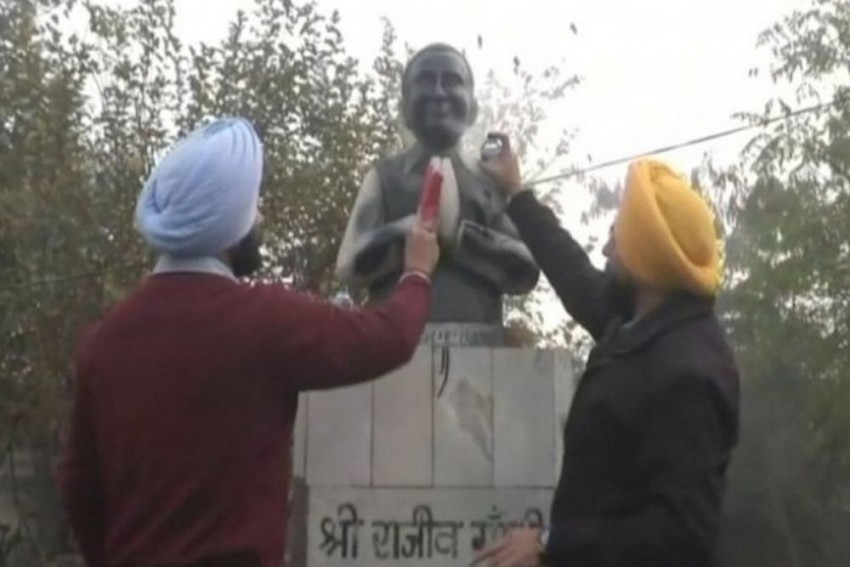 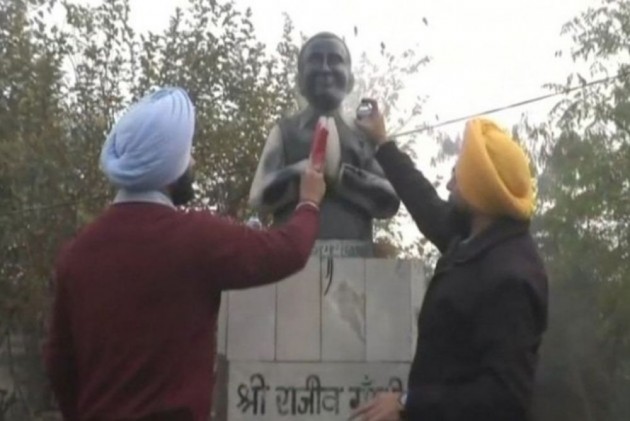 A day after the vandalisation of the statute of former Prime Minister Rajiv Gandhi in Ludhiana, two activists of the youth wing of the opposition Shiromani Akali Dal (SAD) have been arrested by the Punjab Police, police said on Wednesday.

The statute was vandalised allegedly by workers of the SAD's youth wing in Salem Tibri area of Ludhiana on Tuesday following which Punjab Chief Minister Amarinder Singh ordered strict action by the district police against the perpetrators.

The police had registered a case in this matter.

Punjab's ruling Congress and opposition SAD were on Tuesday involved in a bitter war of words after the statute was vandalised. Congress MP Ravneet Sing Bittu later cleaned the statute with milk.

Blaming Rajiv Gandhi and the Congress for the killing of hundreds of Sikhs in the 1984 anti-Sikh riots, the Youth Akali Dal activists used spray paint to blacken the face of Rajiv Gandhi and painted his hands in red colour.

The activists then announced that they were doing this (vandalism) to show their anger against the role of Rajiv Gandhi, father of Congress President Rahul Gandhi, in the anti-Sikh riots in Delhi in 1984 in the aftermath of the assassination of then Prime Minister Indira Gandhi by her two bodyguards.

The chief minister has asked the police to take action in the matter and identify the perpetrators.

It would have been better if you @capt_amarinder as a true Sikh & Punjab CM had condemned the Gandhi family and demanded expulsion of #1984SikhGenocide culprits Sajjan Kumar & Kamal Nath from Congress party. But you are too busy in sycophancy of Gandhi family to save your chair/1

Sukhbir Badal reacted strongly to Amarinder's statement. "You @capt_amarinder should apologise to the Sikh sangat for failing them as CM and standing with hated Gandhi family. The community has shown what it thinks of Rajiv Gandhi in Ludhiana. Don't disrespect the sentiments of Sikhs," Badal tweeted.

Punjab has a Congress government since March 2017, headed by Amarinder Singh.