Das became the first Indian to win a track medal at any global meet and the second gold medallist at the U-20 Worlds after Neeraj Chopra. 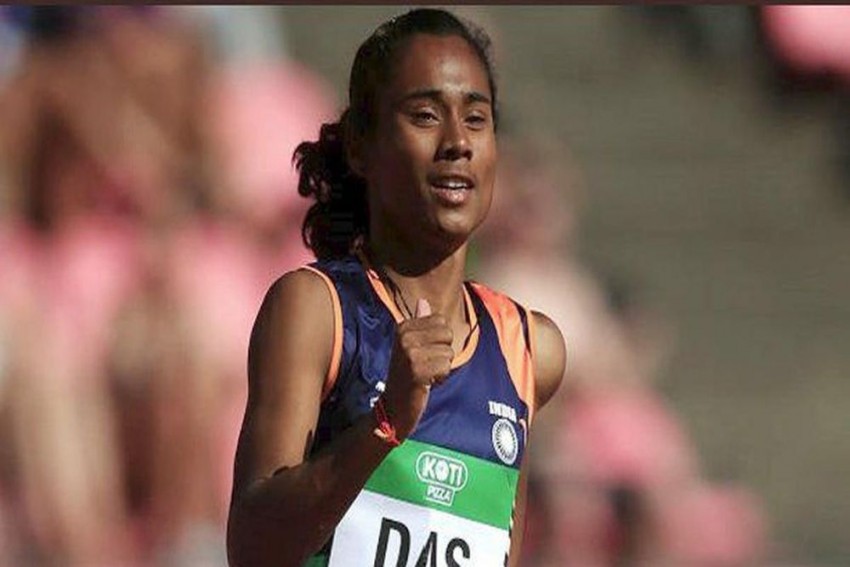 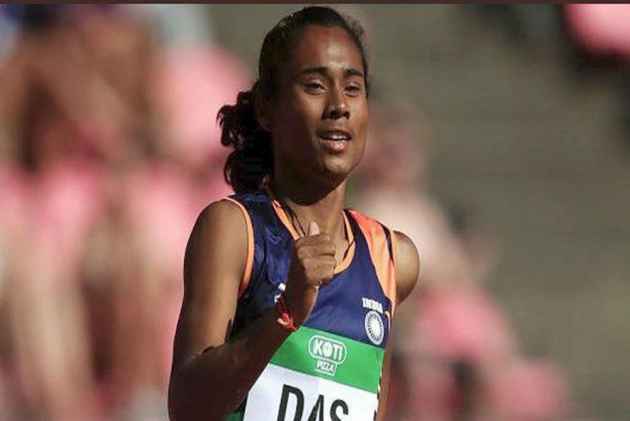 Indian sprinter Hima Das has scripted history by becoming the first Indian woman athlete to win a gold at the world level as she clinched the top spot in the women's 400m final race in the IAAF World Under-20 Athletics Championships in Tampere, Finland on Thursday.

The 18-year-old Das, a pre-tournament favourite, clocked 51.46s to win the gold, which triggered a wild celebration at the Indian camp. This was though not her personal best as she had clocked 51.13 last month in Guwahti at the National Inter State Championships.

No woman before Das has won a gold medal in a World Championship at any level, be it youth, junior or senior.

She is also the first Indian -- men or women -- to have won a gold in a track event at the world level.

Running in lane number 4, Das was behind Romania's Andrea Miklos at the final bend but produced a stunning burst during the final stretch to cross the finishing line well ahead of the field. She produced her trademark burst at the final 50m.

"I am very happy to win the gold in the World Junior championships. I want to thank all the Indians back home and also those, who were here cheering me. It was very encouraging to have this kind of support," she said after the race.

Das, from Dhing village in Assam's Nagaon distrist, now joins the illustrious company of star javelin thrower Neeraj Chopra, who won a gold in Poland in the last edition in 2016 in a world record effort.

In fact, Das is the first Indian track athlete to have won a medal in the history of this competition.

Das was the favourite to win gold as she is the U-20 season leader in this quarter-mile event. Her rise has been nothing less than meteoric as she took up serious running only last year.

Das had earlier clocked an Indian U-20 record of 51.32 seconds to finish sixth in the Commonwealth Games 400m final in Gold Coast in April.

Since then, she has gone onto improving her timings. She lowered the Indian U-20 record in 400m to 51.13 seconds while winning gold in the recent National Inter State Championships in Guwahati.

Congratulating Das, Athletics Federation of India President Adille Sumariwalla said, "Very proud of Hima for creating history. It is one of the proudest moments of my life and for Indian athletics. Congratulations to Hima and her coaches, the government and SAI for their support to AFI."