Amitabh Bachchan’s Bodyguard Is A Crorepati! Check Out Salaries Of Other Celeb Bodyguards 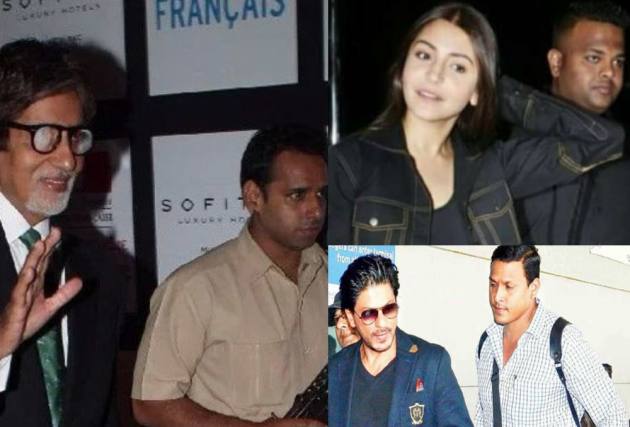 Bollywood megastar Amitabh Bachchan’s bodyguard, Jitendra Shinde, who has been with the 78-year-old actor for a long time, earns Rs 1.5 crore every year, which makes him one of the highest paid celeb bodyguards in the industry.

According to a report in Times Of India, while Shinde owns a security agency as well, he prefers to be with Big B himself, rather than anyone else.

According to a report in News 18, actor Shah Rukh Khan’s bodyguard, Ravi Singh, is the highest paid celeb bodyguard, and earns Rs 2.7 crore annually. Meanwhile actor Salman Khan’s bodyguard, Shera, who has been with the actor for over 25 years gets a yearly salary of Rs 2 crore.

Anushka Sharma’s bodyguard, Sonu, who is almost like family to the actor, as is evident from Sharma’s social media posts, reportedly earns Rs 1.2 crore annually, same as the yearly salary of Deepika Padukone’s bodyguard, Jalal.