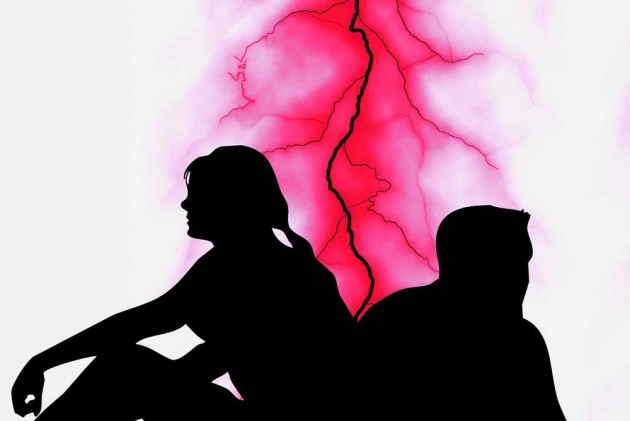 Dear Shree, I am a 25-year-old woman, and I find it hard to find the right man. Every time I find the ‘perfect guy’ he is either out of a long-term relationship or doesn’t want a relationship – but then two months later he is in an affair with someone else. On a recent night, I left my friends early and stopped into a pizza place near my house. While I was waiting, there was a hot 34-year-old guy there and he chatted with me. I was about to leave but he invited me to sit down with his friends. He told me he was having a house party and asked me to tag along, so I did. I stayed with him that night, and then he drove me home the next day and even got me food. We added each other on Facebook and messaged a few times. He asked me how I was, and I told him I had some issues at work. I was basically telling him everything that was happening, and then I realized I didn’t really ask how he was. Now he has stopped responding to my messages. I sent him a message apologizing that I talked too much about work, but he never opened the message. I don’t know what to do. Also, I left an item of clothing (my skirt) at his place. I don’t know if I’ll get that back.

You could message him about the skirt, but if it isn’t your favorite, I’d just let it go. Sometimes we lose our skirts. It happens. As for the diminishing pattern of this new relationship, who knows what drove him away? It’s great that you’re self-aware about how you made the Facebook chat all about you, but don’t assume that was the deal-breaker and beat yourself about it and feel these massive guilt pangs. This guy spent an all-nighter with you. If he had been as charged about your connection, he would have wanted to forgive one lousy message session. We all have terrible days and need to vent. You learned a great lesson about thoughtful communication, but give yourself a break about one selfish back-and-forth. Also, be practical, there are no perfect guys. That’s a good thing, because if there were, you’d have to figure out a way to be perfect, too. Just keep dating and meeting up with new people and if you’re capable of meeting a man at a pizza place, you’re way better at it than you think.

Dear Shree, or my birthday party at her house, my best friend surprised me with a male stripper. Unfortunately, her husband came home early and inquired (grinning suggestively) how his wife behaved. We laughed and said she only ‘took a glimpse of his boxers.’ Which was true, but somehow this hit a bad nerve, and her husband became furious after we all left. So I guess it’s a question of etiquette: How should a woman behave when eye-to-eye with a stripper?

Every woman knows the code. No matter your age, social status, or professional rank, or how many companies you run, when you, a woman from your background, is confronted with a gentleman who bursts into the room to strop, there is just one hard-and-fast rule: You must courteously scream and faint. You are then free to proceed with as much yelling and whooping as possible, with the following rules:

2. Never pull the stripper’s tank top off or vest over his head if he has a lit cigarette in his mouth.

3. Never spank a stripper, even when he asks.

4. Never hashtag the words #Snogging if your boss checks Instagram.

5. Never bend over to get something from your purse while the chap is performing.

6. When the husband of the hostess arrives home early and inquires about the male stripper, the hostess has only one reply: ‘Ha! Ha! Ha! He’s as hot as you.’

Dear Shree, my husband was the first man I felt I could let myself go with sexually. Yet, over the years, we fell apart, took each other for granted and he had an affair with my daughter’s tutor. We are rebuilding our relationship, but we still show our wounds when it comes to sex. We are both often afraid to start the action, and I am petrified of rejection.

Fearing rejection is absolutely fine, especially when one has experienced pain from a partner’s disloyal behavior. It takes a lot of time to rebuild trust, and our sexual responses are purely linked to our sense of safety. It is never easy to be connected with someone who has betrayed you. But, apart from a natural reaction to betrayal, you also mentioned that before your marriage you were unable to let go sexually – so maybe these issues predate your relationship. Unless a person gets an understanding of how earlier relationships impact their long-term ability to feel sexually safe – and gets any necessary healing – they will not be able to progress to emotional stability in adult sexual relationships. Physical sexual health is not enough to sustain long-term intimacy. Minus a healthy level of emotional and psychological health, people will always feel that can eventually destroy a marriage.

Dear Shree, I find condoms to be a genuine problem. They are itchy around my penis and skin. Is there any other method of safe sex? I have been dating my girlfriend for about 3 months and she is the first person I ever had sex with.

Kudos that you are using condoms despite the nagging discomfort! Also, while there are other methods of safer sex, none of them are as simple, effective, and cost efficient as condoms. Condoms (and other barrier methods such as dental dams) protect partners from sexually transmitted infections as well as pregnancy! And they’re easy to find and legal for people of all ages to buy. One trick you can use to make condoms more comfortable is to apply lube to your penis before putting on the condom. This will not only make the condom feel more comfortable, the lube will help heat and friction transfer through the latex so that sex will feel more pleasurable. Just make sure not to add too much lube and risk the condom slipping off during sex. Enough lube to thinly coat your skin should be plenty.

Woman Burnt Alive On Pyre After Hospital Certified Her Dead