Khalid, in his Facebook post, said the activists threatened the organisers against the programme. "'We will disfigure your face in a way that you will be unrecognisable' - an ABVP goon to one of the organisers of today's seminar at Ramjas College! They also threatened and abused teachers," read his post.

Ramjas College Principal further said that the participation of  Khalid in the event was cancelled after the protests to maintain 'law and order' in the campus.

The seminar, organised by the Literary Society  of the Delhi Univeristy affiliated Ramjas College, called "Cultures of Protest: Unveiling the state- regions in conflict" was scheduled for 1:30 PM today in the college's conference room. Two other speakers--renowned documentary filmmaker Sanjay Kak and JNU Professsor Bimol Akoijam -- were also prevented from entering the venue. 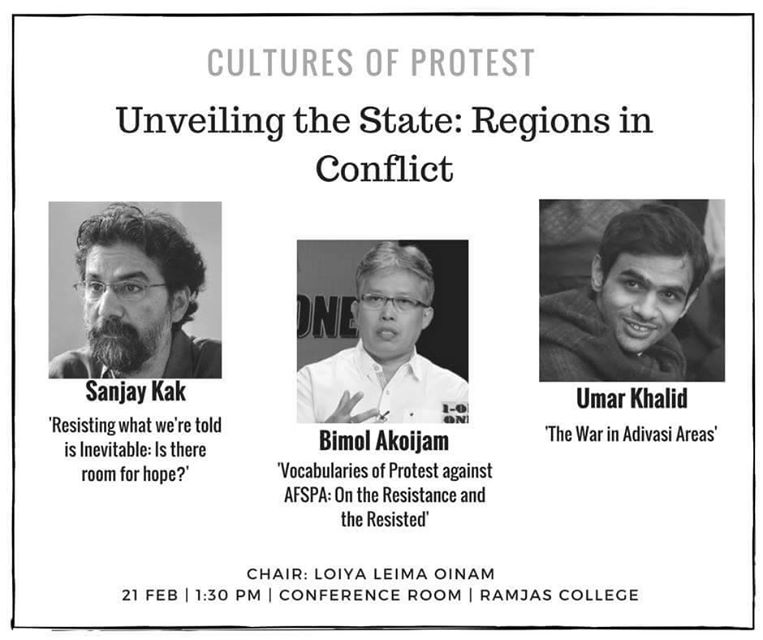 This is not the first time when Delhi University Student's Union dominated by ABVP has disrupted a programme. In 2015, the screening of a documentary film on Muzaffarnagar Riots was stalled by them in Kirori Mal College. The same documentary also faced sloganeering while it's JNU screening.