Real Madrid also needed a stoppage-time goal from Eder Militao to secure a 2-2 draw against Elche in La Liga 2021-22.

Barcelona finally got things going its way, finding a late goal to end its winless run and go into the international break on a positive note. (More Football News)

Barcelona struggled again but Frenkie de Jong scored in the 87th minute to salvage a 1-0 victory at relegation-threatened Alavés in the La Liga 2021-22 on Sunday, snapping its three-match winless streak that included elimination from the Copa del Rey and the Spanish Super Cup.

The win moved the Catalan club one point behind fourth-place Atlético Madrid in the final Champions League spot, and 15 points behind league leader Real Madrid with a game in hand.

Madrid needed a stoppage-time goal by Éder Militão to secure a 2-2 home draw against Elche. Madrid has a four-point advantage over Sevilla at the top after a tough day for Karim Benzema, who missed a penalty kick and later had to be replaced because of an injury.

De Jong scored from close range to give Barcelona the much-needed win against Alavés. “It's a crucial win to keep us fighting at the top,” Barcelona coach Xavi Hernández said. “The international break will be good for us. We will be able to recover some players and work on our game.”

Barcelona had won only twice in its last 10 away matches in the league, and it was coming off a draw at Granada when it conceded in the 89th. It then lost to Madrid in the semifinals of the Spanish Super Cup and to Athletic Bilbao in the round of 16 of the Copa del Rey.

Barcelona was without the injured Ansu Fati and also without Ousmane Dembélé, who the club said was a “no-show” reporting to the squad because of an upset stomach. Barcelona and Dembélé have been at odds over contract negotiations.

American defender Sergino Dest made his first start since early December after recovering from an injury and the coronavirus. Alavés is winless in its last 10 league matches, sitting in second-to-last place.

Benzema's struggles began when he missed an opportunity from close range with only the goalkeeper to beat inside the area in the first half. Moments later he had another chance to give his team the lead from the penalty spot, but the France striker sent his shot way over the crossbar.

To cap an unusually frustrating day, Madrid's top scorer had to leave the match in the 58th because of an apparent muscle injury. He grabbed the back of his left leg as he headed for the locker rooms. There was no immediate news on the seriousness of the injury. 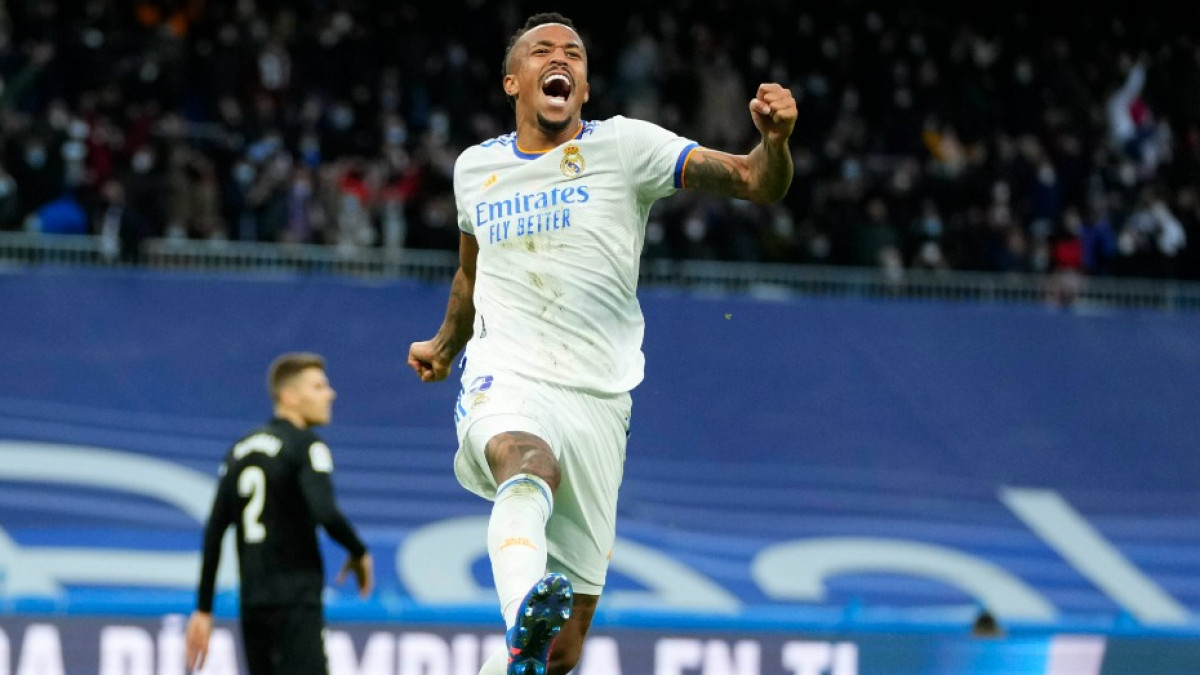 Lucas Boye and Pere Milla scored a goal in each half to give Elche a 2-0 lead, but Madrid pulled closer with Luka Modric's penalty kick in the 82nd and evened the match with Militão's firm header off a cross by Vinícius Júnior.

“It's tough to take,” Milla said. “We had Madrid against the ropes but couldn't take advantage of it.” Vinícius, who also missed a few good chances, picked up a yellow card that will see him suspended from the next match.

Madrid had beaten Elche 2-1 in extra time on Thursday to advance to the quarterfinals of the Copa del Rey. Eden Hazard, who scored the winner in extra time, returned to the starting lineup Sunday after failing to earn many minutes because of a series of injuries. Gareth Bale stayed on the bench.

“We can't be happy with the result, but there is merit in the way we came back to earn the draw,” Madrid coach Carlo Ancelotti said.

Elche moved five points from the relegation zone with the draw at the Santiago Bernabéu Stadium. It was without several players because of injuries and coronavirus infections, including coach Francisco Rodríguez.

Madrid great Paco Gento, who died last week at age 88, was honored at the Bernabéu before the match.

Sixth-place Real Sociedad was held by Getafe to a 0-0 draw at home, while midtable Osasuna won 2-0 at Granada to end its 10-match winless streak in the league.