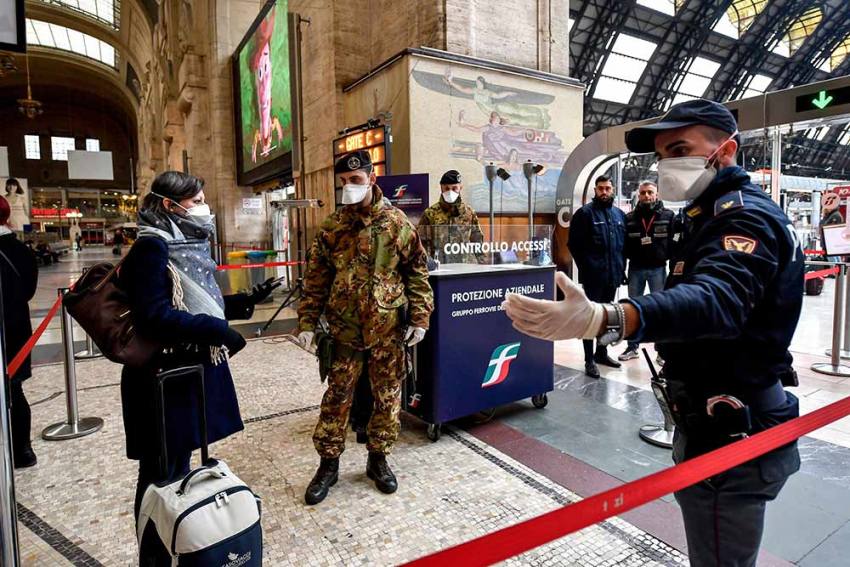 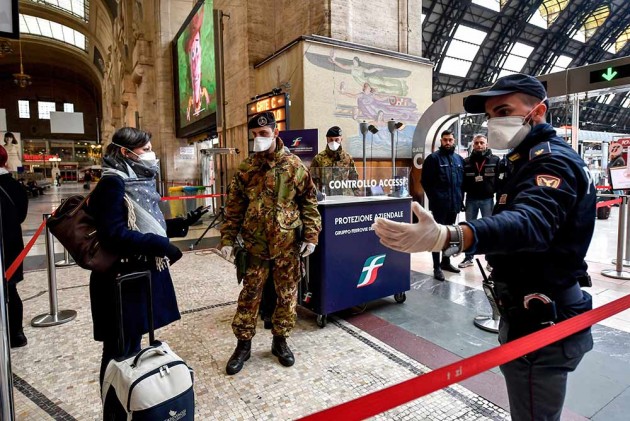 Italy on Saturday reported 793 new coronavirus deaths, a one-day record that saw its toll shoot up to 4,825 -- 38.3 percent of the world's total.

The total number of fatalities in the northern Lombardy regions around Milan surpassed 3,000. It accounts for nearly two-thirds of Italy's fatalities.

Italy has reported 1,420 deaths since Friday, a grim figure that suggests the pandemic is breaking through the government's various containment and social distancing measures.

The Mediterranean nation of 60 million has been under an effective lockdown since March 12, when public gatherings were banned and most stores shuttered.

Police were out in force across the streets of Rome on Saturday, checking documents and finding those outside without a valid reason, such as buying groceries.

Joggers were asked to run around the block of their houses, parks and beaches were closed, and the government in Rome prepared to extend school and other closures into the summer months.

But the outbreak keeps gathering pace in the new global epicentre of the virus. First reported in December in China, it has since transformed the world, straining healthcare systems, upending the lives for millions and pummelling global stock markets.

It is much better than what is available in the poorer south, whose regions have registered a few dozen deaths each -- and which the government in Rome is watching closely.

The Lazio region that includes Rome has recorded a total of 50 deaths and 1,190 infections.

The ISS said 98.8 per cent of those who died from COVID-19 had least one pre-existing condition or ailment, based on the study of Italy''s first 3,200 fatalities.

Italy's figures are being watched closely by other governments as they try to formulate an urgent response to the rapidly unfolding crisis.

"The elderly must stay at home, they are the most vulnerable," ISS head Silvio Brusaferro told reporters.

"If you do not follow all the (government) measures, you make everything more difficult," Italy's top medical expert said.

"If you do, we can make this outbreak slow down."

I Have Great Respect For China, It Is Unfortunate That Virus Got Out Of Control: Donald Trump