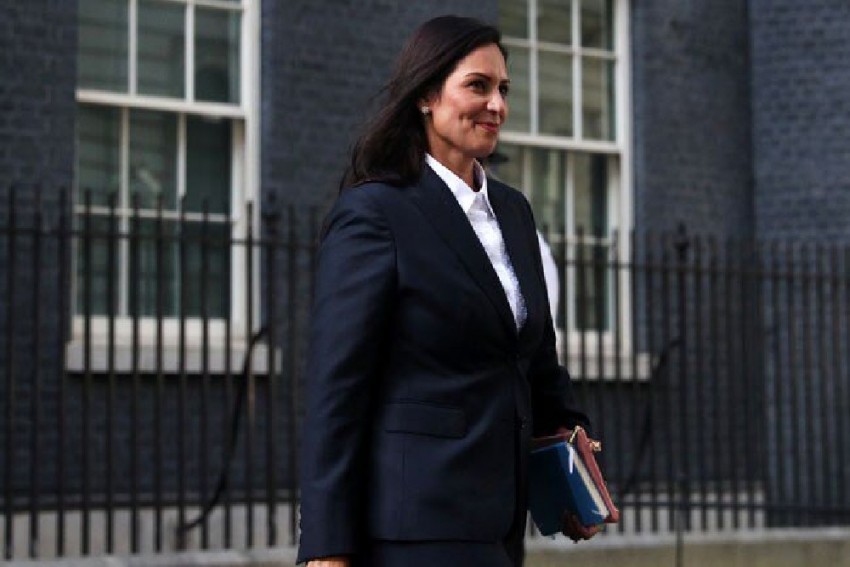 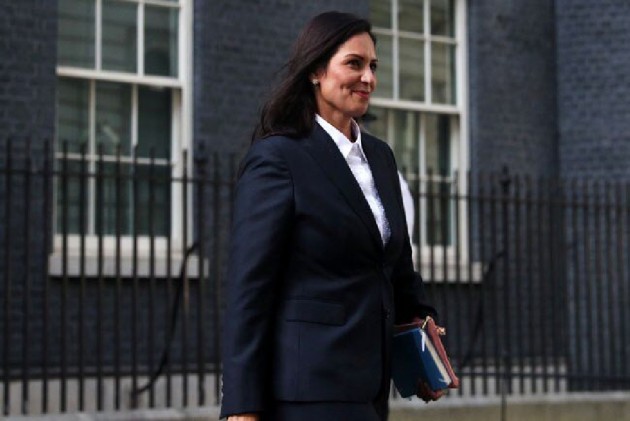 Priti Patel, an ardent Brexiteer who was among the most vocal critics of Theresa May's Brexit strategy, took charge as Britain's first Indian-origin home secretary as part of Prime Minister Boris Johnson's top team on Thursday.

She replaces Pakistani-origin Sajid Javid, who moves to the Treasury department as the first ethnic minority Chancellor of the Exchequer.

"I will do everything in my power to keep our country safe, our people secure, and also to fight the scourge of crime that we see on our streets. I look forward to the challenges that now lie ahead," Patel said, in reference to her new job at the helm of the UK Home Office.

Patel had been a prominent member of the "Back Boris" campaign for the Conservative Party leadership and was widely tipped for the plum post in the prime minister's frontline team.

"It is important that the cabinet should represent modern Britain as well as a modern Conservative Party," she said, hours before her appointment was announced on Wednesday.

A long-standing Eurosceptic, Patel had steered the "Vote Leave" campaign in the lead-up to the June, 2016 referendum in favour of Britain's exit from the European Union (EU).

The 47-year-old was first elected as a Conservative MP for Witham in Essex in 2010 and gained prominence in the then David Cameron-led Tory government as his Indian Diaspora Champion.

She went on to be appointed to junior ministerial posts, treasury minister in 2014 and then employment minister after the 2015 general election, before May promoted her to the position of secretary of state in the Department for International Development (DfID) in 2016, until she was forced to quit the post in 2017.

"With Boris Johnson leading the Conservative Party and as prime minister, the United Kingdom will have a leader who believes in Britain, will implement a new vision for the future of the country and a roadmap to move forward and thrive as a self-governing nation that re-establishes our ties with our friends and allies around the world such as India," Patel told PTI after Johnson secured a landslide victory in the Tory leadership contest earlier this week.

"He is committed to securing new and improved trading relationship with our friends in India and ensuring that the values we share -- the rule of law, democracy, and dynamic entrepreneurial spirit -- should be at the heart of one of our most important partners on the global stage," Patel, who has been a champion of India-UK ties ever since her time as Indian Diaspora Champion, said.

The Gujarati-origin politician, who is a prominent guest at all major Indian diaspora events in the UK, is seen as an avid supporter of Prime Minister Narendra Modi in the UK.

As a member of the UK Parliament's influential Foreign Affairs Committee (FAC), she was part of the team that recently released its damning report warning that the UK was falling behind in the race to engage with India at the end of a lengthy Global Britain and India parliamentary inquiry.

"Our report calls for the government to look again at the relationship between the UK and India," Patel said, in reference to the "Building Bridges: Reawakening UK-India ties" report released last month to mark the first-ever India Day in the UK Parliament.

"This should be a special relationship based upon the living bridge between our two great countries and a partnership we should be nurturing. The report covers many of the missed opportunities where the UK should be proactively and bilaterally enhancing our ties. We are soon to have a new PM in the UK, which will provide a welcome change in how we engage with India's re-elected PM Modi," she said at the time.

Patel once again returns as the seniormost British Indian member of the UK cabinet, having been forced to resign in November, 2017 as International Development secretary amid a scandal over allegedly failing to disclose meetings with officials in Israel without informing the UK Foreign Office.

She had maintained that it was a private visit and Johnson, then the UK foreign secretary, spoke out to back her.

Describing Patel as a "good friend" with whom he worked closely together for Global Britain, he had said it was "quite right that she meets with people and organisations overseas".

But Patel was effectively sacked by May, forcing her to the Parliament backbenches, from where she continued to voice her criticism of May's Brexit plan.

She was among the rebel Tory MPs who consistently voted against the former prime minister's Withdrawal Agreement with the EU as a "bad deal for Britain", which ultimately sealed May's term at the top post.