Ross Taylor created history by becoming the only cricketer, man or woman, to play 100 international matches in all three formats of the game as New Zealand take on India in the first Test at Wellington 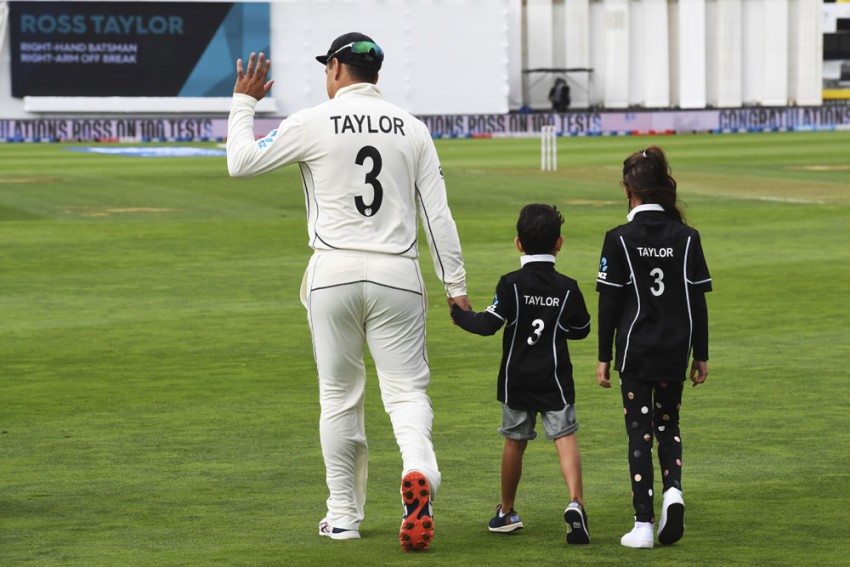 New Zealand's Ross Taylor with two of his children Jonty, left, and McKenzie, waves as he walks onto the field ahead of his 100th test match prior to the start of the first cricket test between India and New Zealand at the Basin Reserve in Wellington, New Zealand, Friday, Feb. 21, 2020.
AP Photo
Outlook Web Bureau 2020-02-21T04:30:15+05:30 NZ Vs IND, 1st Test: Ross Taylor Becomes First-Ever Cricketer To Play 100 Matches Each In All Three Formats 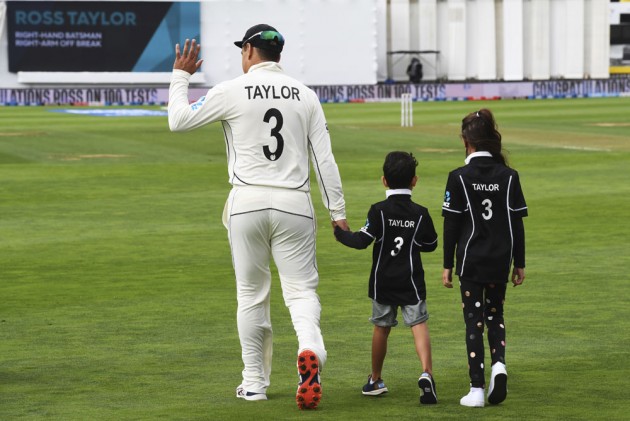 Veteran New Zealand batsman Ross Taylor on Friday became the first-ever cricketer to play 100 international matches each in all three formats when he took the field in the first Test against India at Basin Reserve, Wellington.

To celebrate the occasion, he got 100 bottles of wine. He said it's a way of keeping the Kiwi tradition alive.

"Really excited about the occasion. It's not a great sign when you wake up in the morning and there's some rain around. Ian Smith (former cricketer and now a commentator) said a few words at an event last night, and it was very nice for the team and the family to experience something they might never do again.

"I'll need some help drinking (the hundred bottles of wine), but they can be stored for a while. It keeps the tradition from (Stephen) Fleming,. Brendon (McCullum) and Dan (Daniel Vettori) who all played over a hundred Tests each and hopefully we can celebrate this one with a win.