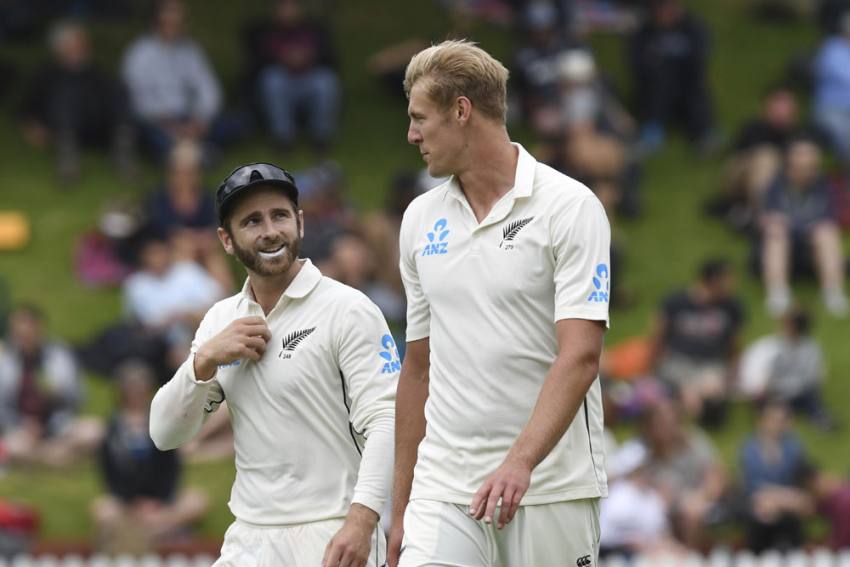 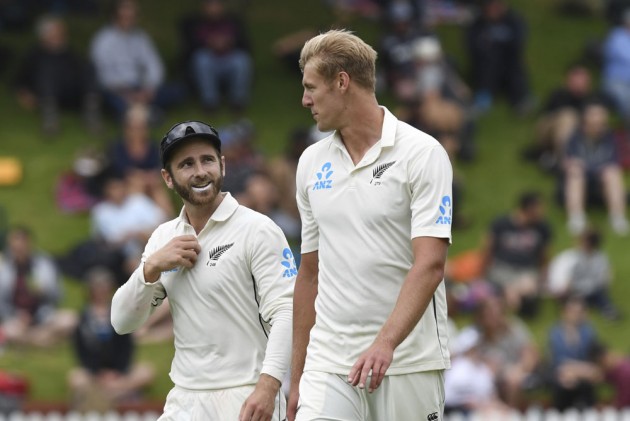 Indian batsmen with the exception of Ajinkya Rahane and Mayank Agarwal struggled as they scored 122 for 5 on the rain-curtailed first day of the opening Test against New Zealand at Basin Reserve, Wellington on Friday. Catch highlights of Day 1 here:

10:21 AM IST: Thunderstorm followed by rain in the middle of the tea break washed out the final session. India were 122 for 5 then after New Zealand skipper Kane Williamson won the toss and elected to field at the Basin Reserve. The umpires decided to end the day's play after an inspection.

Ajinkya Rahane and Rishabh Pant were batting on 38 and 10 respectively. For New Zealand, Kyle Jamieson took 3 wickets for 38 runs while Tim Southee and Trent Boult got one each.

9:38 AM IST: Rain has stopped, and there will be an inspection in some 25 minutes.

9:08 AM IST: It's still raining. Meanwhile, here's how the ten teams are stacked up ahead of the ICC Women’s T20 World Cup.

Agarwal, who batted out the whole first session, threw his wicket by playing a wayward pull shot, which ended up as a top edge. Good catch by Jamieson at long-leg. Hanuma Vihari is the new man.

6:22 AM IST: Once New Zealand captain Kane Williamson called the toss of the coin right under overcast conditions, it was a challenge for the Indian batsmen. Prithvi Shaw clipped one off Trent Boult and also hit an uppish square cut to get two quick boundaries. But his loose technique and propensity to close his bat face was always going to cost him dearly.

Cheteshwar Pujara was ready to show a lot of patience as he started leaving deliveries outside the off-stump. However, debutant Kyle Jamieson, coming in as the second change, bowled his back of length delivery on the off-middle channel. Pujara had no option but to jab at the rising delivery which kissed the outside edge of his bat and was taken by wicketkeeper BJ Watling.

A lot of hope were pinned on skipper Virat Kohli but a smart ploy by Jamieson brought about the downfall of the Indian captain. Kohli was playing Jamieson for the disconcerting bounce that he generated from back of the length but in between, he decided to slip one fuller delivery on the fourth stump channel. Kohli lunged into the drive and the thickish edge was taken by the '100th Test man' Ross Taylor standing at the first slip.

5:24 AM IST: MASSIVE WICKET. Debutant Kyle Jamieson rocks India. He had Virat Kohli (2 off 7) caught at first slip by Ross Taylor. A widish delivery and Kohli poked at it. FoW - 40/3 (17.5). Ajinkya Rahane joined Mayank Agarwal in the centre.

5:14 AM IST: HUGE WICKET. Debutant Kyle Jamieson gets his first scalp in the form of Cheteshwar Pujara (11 off 42). Caught behind. Short of a length and it straightened at a good speed, to get the thick outside edge. FoW - 35/2 (15.3). Virat Kohli is the new man. Mayank Agarwal is on eight of 33.

4:03 AM IST: Richard Kettleborough of England and Aleem Dar of Pakistan are the umpires. Michael Gough of England is the third umpire. Tim Southee starts the proceedings. First ball to Prithvi Shaw.

3:48 AM IST: Ross Taylor, 35, is his 100th Test. He is the first player to feature in 100 Test, 100 ODIs and 100 T20Is. He is already the leading run-scorer in Tests and ODIs for New Zealand. And he is third in T20Is, behind Brendon McCullum and Martin Guptill. The right-handed batsman is the fourth Kiwi to play 100 Test matches.

3:40 AM IST: Virat Kohli at the toss said that Wriddhiman Saha, Shubman Gill, Navdeep Saini and Ravindra Jadeja are the ones missing out. Meaning, Rishabh Pant is there.

Kyle Jamieson gets his Test debut.

New Zealand won the toss and elected to bowl first.

As the focus shifts to the longest format, one must remember that India and New Zealand have had contrasting fortunes in the format in recent times. While India will look to continue their unbeaten run in the World Test Championship when they take on the Kiwis in the first Test of the two-match series beginning Friday at the Basin Reserve, the Kiwis were thrashed by Australia in December-January.

Ever since the Sydney Test in January 2019, India have been unbeaten winning all their seven matches in the ongoing World Test Championship. They have defeated West Indies, South Africa and Bangladesh and are currently placed at the top of the table with 360 points. The Kiwis must tighten their game if they wish to return strongly after the loss to their trans-Tasman rivals as India have very few weaknesses when it comes to Test cricket.