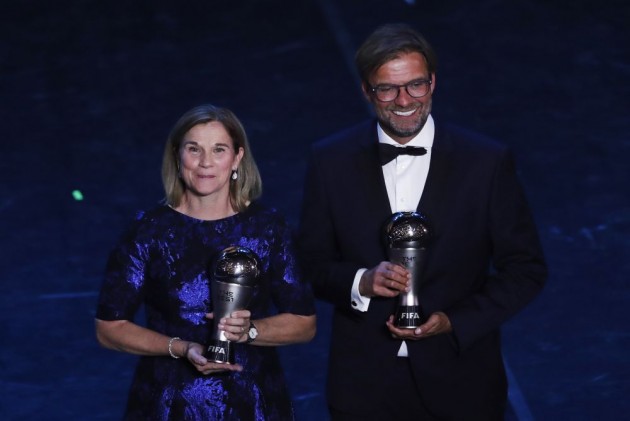 The Liverpool manager was rewarded at Monday's gala in Milan after guiding his side to Champions League glory last season.

The Reds beat Pochettino's Tottenham 2-0 in the final in Madrid on June 1 to become champions of Europe for the sixth time.

Liverpool narrowly missed out on a first domestic league title since 1990, finishing just a point behind Manchester City in the Premier League, after amassing the second-highest points total in the competition's history.

Klopp claimed the prize ahead of Pochettino, who took Spurs to a first ever Champions League final, and Guardiola, who won an unprecedented English domestic treble with City.

Didier Deschamps won the award last year after France triumphed at the World Cup in Russia.

Speaking at the ceremony on Monday, Klopp confirmed he was joining the Common Goal charitable pledge that was launched with the support of Manchester United star Juan Mata.

The movement encourages figures in the world of football to donate at least one per cent of their salary to charity.