Chasing a target of 162, CSK needed a near-impossible 26 off the last over bowled by Umesh Yadav and MS Dhoni showed that nothing is indeed impossible until the Cricketing Gods intervened 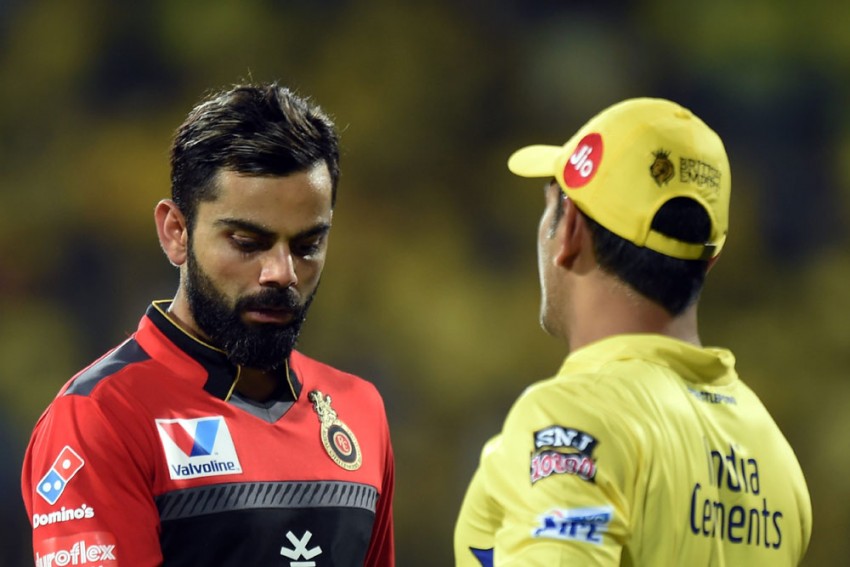 Dhoni played a captain's knock but Kohli failed to make an impression with the bat in the RCB vs CSK match
PTI Photo
April 22, 2019 00:00 IST IPL 2019, RCB Vs CSK: Here's What Virat Kohli Said About MS Dhoni After Bengaluru Thriller 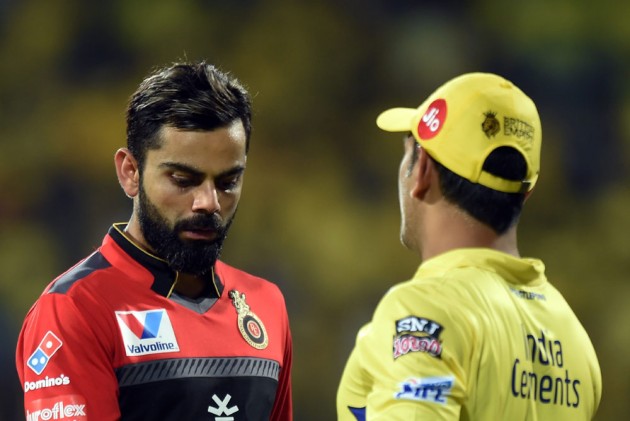 MS Dhoni did what he does best, give the opposition a massive scare, said Royal Challengers Bangalore (RCB) skipper Virat Kohli after his team beat Chennai Super Kings (CSK) by one run in an Indian Premier League (IPL) 2019 thriller at Bengaluru on Sunday.

"A whole lot of emotions," said Kohli when asked about what he was going through after yet another last-ball thriller.

"We were outstanding with the ball until the 19th over mark. On the last ball, that (run-out) was the last thing I would have expected to happen. Feels good to win a game by a small margin. MS did what he does best and he gave us all a massive scare," said Kohli at the post-match presentation ceremony.

Dhoni, who nearly won the match for CSK with a magnificent 84 not out off 48 balls, felt that they missed a few boundaries earlier on which cost them dearly.

"A lot of boundaries were needed, right now you can calculate, one run there, and two runs there and we just lost by one run. But you can also say we missed some boundaries," Dhoni said.

Dhoni for the umpteenth time was in line to pull off another incredible chase but finally ran out of luck. Chasing a target of 162, CSK needed a near-impossible 26 off the last over bowled by Umesh Yadav and Dhoni showed that nothing is indeed impossible until the Cricketing Gods intervened.

Only that Dhoni was at the crease and having consumed dot balls off the previous over, he had to go for the jugular and boy he did it with three sixes and a four.

In the end, it was Dhoni who lost to RCB, who eked out their third win of the tournament.