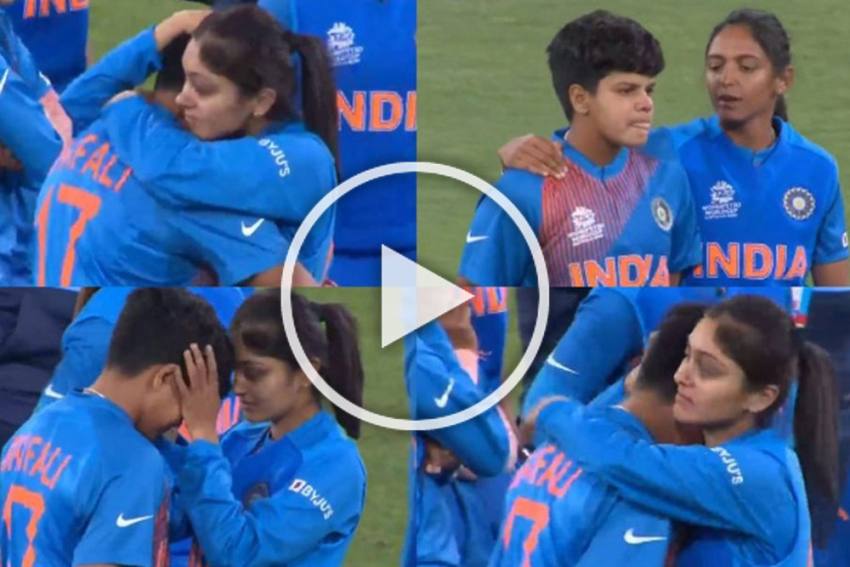 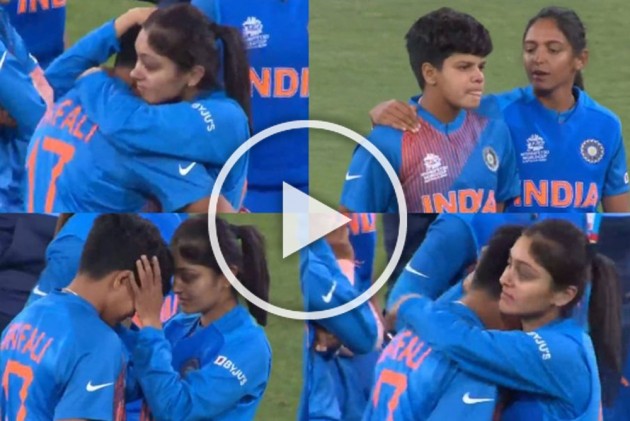 Young Shafali Verma was left crying after India's heartbreaking defeat to Australia in the final of ICC Women's T20 World Cup at Melbourne Cricket Ground on Sunday. The 16-year-old emerged as the find of the tournament and she became India's trump card against the most successful cricket team in the world in the final.

But her inexperience showed up in the worst possible time, in the big final, in front of a record crowd. She first dropped a catch of player of the match Alyssa Healy in the first over itself, then she herself got out early while chasing Australia's 184/4.

After the match, Indian teammates were seen consoling Verma.

It's ok Shafali verma, you've achieved more than what a 16 year old can do ðÂÂ¥ðÂÂ¥ don't be sad ðÂÂ­ðÂÂ­ We are proud you
shafali #T20WorldCup #INDvAUS #TeamIndia #T20WorldCupFinal pic.twitter.com/smd68dEp5s

Alyssa Healy and Beth Mooney starred with the bat as Australia eased to an 85-run victory over India in the Women's T20 World Cup final on Sunday.

A crowd of 86,174 – a record for a women's cricket match – witnessed the tournament hosts dominate throughout at the famous MCG.

Australia posted 184/4 after opting to bat first, Mooney top-scoring with an unbeaten 78 from 54 deliveries.

However, it was opening partner Healy who stole the show, capitalising on an early life - she was dropped by Shafali Verma in the first over - to hit the fastest half-century in an ICC final.

Watched by husband Mitchell Starc, who was given permission to leave Australia's tour of South Africa early to be at the game, Healy needed just 39 balls to smash 75.

The right-hander hit seven fours and five sixes - including three in a row during an over from Shikha Pandey - before she was eventually caught at long on, ending a first-wicket stand worth 115 with Mooney.

Chasing such a daunting target, India stumbled out of the blocks. The big-hitting Verma fell to the third ball of their reply, caught behind by wicketkeeper Healy off the bowling of Megan Schutt.

Taniya Bhatia had to retire hurt due to concussion before Jemimah Rodrigues was caught at mid on, leaving the score at 8-2 at the end of the second over.

Deepti Sharma was the only player to provide any real resistance with 33, Schutt finishing with figures of 4-18 as India were bowled out for 99 with five balls remaining.

Despite the absences of Tayla Vlaeminck and Ellyse Perry, who both suffered injuries in the group stage, Australia were crowned T20 champions for a fifth time, albeit this is their first title on home soil.