Pakistan's Cricket World Cup semi-finals hopes were reduced to dust, after England defeated India and New Zealand. Now, the Sarfaraz Ahmed-led side face Bangladesh up next on July 5, at Lord's. 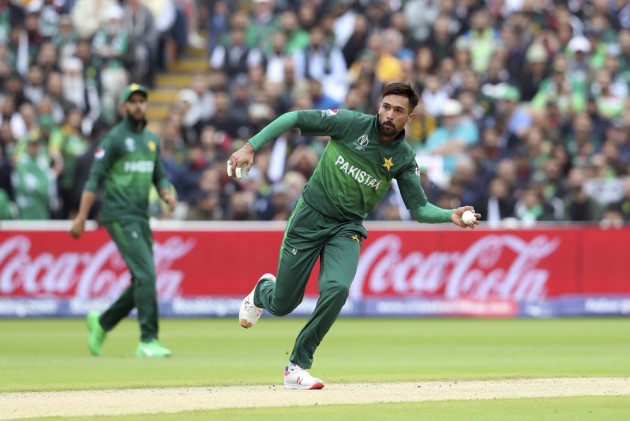 Their semifinal chances reduced to just a mathematical possibility, former champions Pakistan will need an improbable win over Bangladesh to have a shot at making the semifinals of the Cricket World Cup when the two sides clash on July 5, at Lord's.

Pakistan's resurgence in the World Cup looked eerily close to the 1992 Cup-winning edition before India's loss to England dented their hopes of a semifinal spot and when New Zealand went down to the hosts last night, it was almost over for them.

The road to the knockout stage for Sarfaraz Ahmed and his men is just an improbable mathematical calculation and that too provided Pakistan win the toss and bat first.

If Pakistan lose the toss and are asked to field, their miniscule semi-final hopes will be over even before the first ball is bowled at the Lord's.

New Zealand finished their engagements at 11 points from nine matches after their 119-run loss to England but despite the massive defeat, the Kiwis are way ahead in terms of their net run-rate, which is +0.175, compared to Pakistan's -0.792.

Currently placed fifth with nine points from eight matches, Pakistan face the challenge of beating Bangladesh by 311 runs after posting 350 or by 316 runs after scoring 400, something which is practically impossible.

Following their loss to arch-rivals India, Pakistan staged a remarkable comeback with wins over South Africa, New Zealand and Afghanistan, riding on some impressive performances by Babar Azam and Harris Sohail in the batting department.

Left-arm pacer Shaheen Afridi's five-wicket haul against New Zealand was also a big positive as it added firepower to their bowling led by Mohammad Amir.

Bangladesh, on the other hand, will rue their missed chances and would hope to bring some cheer to their fans back home with a solid performance against Pakistan, a team they had defeated in the 1999 edition.

Currently placed seventh, Bangladesh have been impressive in their wins against South Africa, Afghanistan and West Indies.

They have shown the stomach for a fight even in losses and Mashrafe Mortaza and his men will hope for a good outing against Pakistan on Friday.

Bangladesh have been too dependent on star all-rounder Shakib Al Hasan, who has become the only cricketer to score 500 runs and claim 10 wickets in World Cup history.

Led by Shakib, Bangladesh have consistently crossed the 300-mark this World Cup but it is their bowling which has let them down, especially the lack of form of skipper Mortaza.

Mustafizur Rahman's variations, which fetched him five wickets, and Mohammad Saifuddin's fifty helped them give India a scare in their last match and Bangladesh will hope for a stronger show against Pakistan.

The match starts at 3 PM IST.