Liverpool, where Roger Hunt spent most of his playing career, said he died on Monday after a long illness. 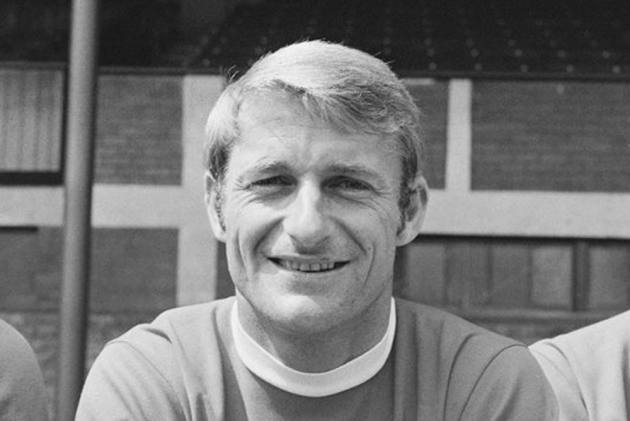 Roger Hunt, a striker in the only England team to win the World Cup and Liverpool's all-time record league scorer, has died. (More Football News)

Liverpool, where Hunt spent most of his playing career, said he died on Monday after a long illness.

Hunt's three goals at the 1966 World Cup helped England to advance from the group stage. He went on to feature in all six games at the tournament, culminating in the 4-2 victory over West Germany in the final at Wembley Stadium when he partnered hat-trick scorer Geoff Hurst up front. It remains England's only major football title.

“I never had any guarantees that I'd get in the squad," Hunt recalled last year in an interview with the Liverpool Echo newspaper.

“There was such a bulk of forwards that I had to be at the top of (my) game to get in at that time. There was always Jimmy (Greaves who died this month). He was the best player at the time. He was so established while I was in and out of the England team.”

By that time Hunt had already won two league titles with Liverpool — in 1964 and earlier in 1966. With 245 goals, Hunt is the club's highest scorer in league games. Overall, Hunt scored 285 goals in 492 appearances for Liverpool from 1958 to 1969 before moving to Bolton.

“Roger Hunt comes second to no-one in his importance in the history of Liverpool FC, that much is clear,” Liverpool manager Jürgen Klopp said on Tuesday.

“To be the goalscoring catalyst of the Shankly team to actually achieve promotion and then go on to win those precious league titles and the FA Cup puts him in a bracket of LFC legends who are responsible for making us the club we are today. Not only that, he was also a World Cup winner in 1966, too.”

Hunt wasn't knighted by Queen Elizabeth II but he was proclaimed “Sir Roger” by Liverpool fans, who raise a banner to him on the Kop at every match.

Hunt was honored only in 2000 for his sporting achievements by the queen, being made a Member of the Order of the British Empire among the so-called forgotten heroes of the 1966 World Cup.

“One of the greatest goal scorers our club has ever seen,” Jamie Carragher, a Liverpool player until 2013, tweeted.

“Sir Roger along with the other Legends from the 60s made LFC the club it is today.”

Hunt was born in the northwest English county of Lancashire on July 20, 1938. He was on leave from national service in the army when he was spotted by Liverpool playing for amateur team Stockton Heath in 1958, going on to score on his home debut at Anfield.

In the 1961-62 season, Hunt scored 41 goals in as many games to help Liverpool win promotion to the top division as second-tier champions. He formed an attacking partnership with Ian St John, with both scoring in the 1965 final against Leeds as Liverpool won the FA Cup for the first time.

Having gone to the 1962 World Cup but never playing, Hunt made a significant impact at the next tournament four years later for Alf Ramsey's side.

He was the nearest player to the ball when Hurst scored the contentious second goal in the final. The shot hit the crossbar and bounced down over the line, according to England players and the referee but not the Germans who disputed the legitimacy of the goal.

Hunt instinctively celebrated, raising his arms which could have influenced linesman Tofiq Bahramov.

“People still say to me now, Why didn't you just put it in?' because I was only four yards away," Hurst told The Anfield Wrap website in 2015.

"As Geoff Hurst hit it, I anticipated it, Wolfgang Weber was marking me but I got in front of him — I was there , ready if it didn't go in.

“So it hits the underside of the bar and came down, I turned away because I thought it was over the line and would be bouncing into the roof of the net. But it went in, came back out — I was still convinced — and by then I couldn't get it because it came out at an angle and Weber headed it away."