Home  »  Website  »  International  » Opinion  »  As Saudi Grapples With Coronavirus, Crown Prince Has Inflicted Two Self-wounds. Is Country Prepared To Deal With It?

As Saudi Grapples With Coronavirus, Crown Prince Has Inflicted Two Self-wounds. Is Country Prepared To Deal With It?

Crown Prince Mohammed bin Salman has complicated his country’s politics and economics by engineering two crises – the arrests of royal family members and initiation of an oil-price war with Russia. 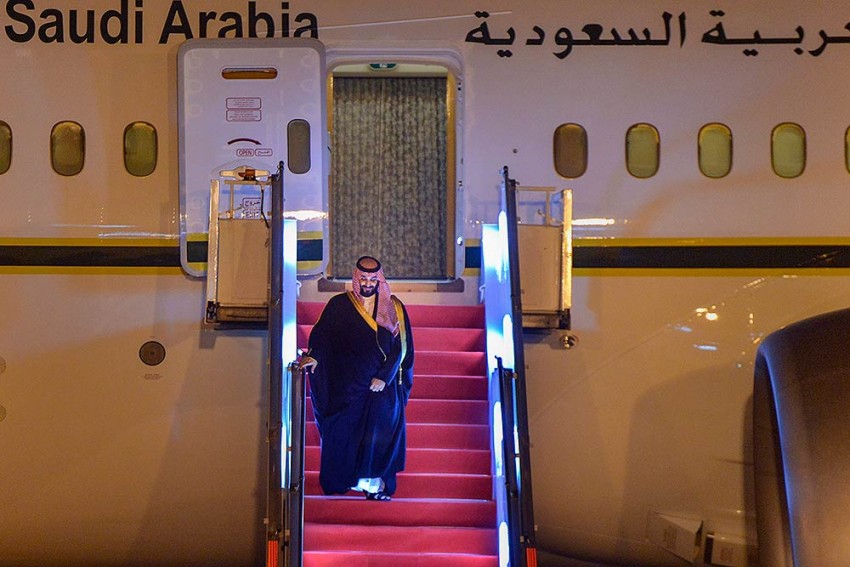 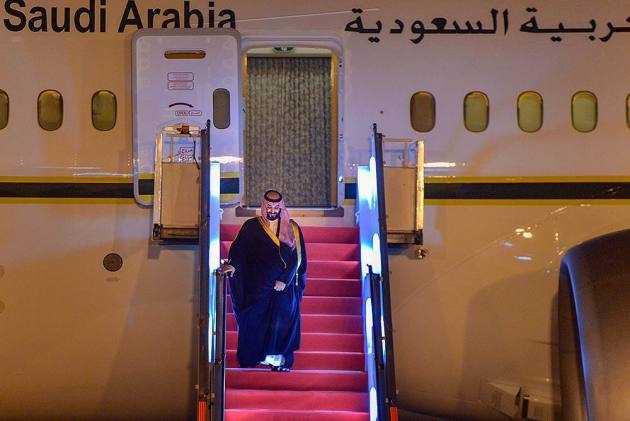 Just as Saudi Arabia, along with the rest of the world, was attempting to handle the implications of the burgeoning COVID-19 pandemic by closing the holy mosques of Mecca and Madinah and banning the umrah pilgrimage, its crown prince Mohammed bin Salman (MbS) further complicated his country’s politics and economics by engineering two more crises – the arrests of royal family members and initiation of an oil-price war with Russia.

In fact, after some initial fumbling and panic responses, the kingdom seems to have got its act together on the coronavirus pandemic. It has now banned all congregational prayers, but the mosques at Mecca and Madinah are not covered by this ban. Saudi Arabia, in line with many other countries in West Asia and Europe, has also banned all international flights.

This sagacity does not seem to have informed the crown prince’s other actions, both of which are likely to wound the national interest well after the pandemic has been tamed.

On the morning of March 7, global media was awash with the news that three senior royal family members – Prince Ahmad bin Abdulaziz, Prince Mohammed bin Naif and his son, Prince Nawaf bin Mohammed bin Naif – had been detained, along with several close associates. The charge was “treason” – they were accused of planning a coup in association with foreign parties. It was further reported that the country’s interior minister from the ‘Naif’ branch of the royal family, Abdulaziz bin Saud bin Naif, and his father, Saud bin Naif, the governor of the Eastern Province, were interrogated, but not detained.

Two of the detained princes are among the most important members of the royal family: after King Salman, Prince Ahmad is the senior-most royal, full brother of the king – the youngest of the ‘Sudairy-7’ – and former interior minister. Removed as minister in 2012, he lived in exile in London, until his return to Riyadh in 2018. In London he had publicly criticised the conduct of the Saudi war in Yemen, but returned home after receiving assurances he would not be arrested. He was one of three members of the Allegiance Council that refused to approve the appointment of Mohammed bin Salman as crown prince. There are reports that, despite the king’s repeated requests, Prince Ahmad refused to give baya (allegiance) to the crown prince, the last effort having been made just last month.

Mohammed bin Naif is the former crown prince who was ousted by MbS in September 2017, and is believed to have been under house arrest since then. He had earlier been a popular assistant interior minister; having been the target of a jihadi attack in 2009, he pioneered the country’s de-radicalisation and counter-radicalisation programmes. He is said to carry several shrapnel on his person from the terrorist attack; the fact that he uses pain-killers was used by MbS’ associates to justify his removal by describing him as a drug addict.

The son of King Salman’s third wife, MbS was just 29-year-old when his father, on his accession as king in January 2015, made him defence minister, head of the supreme security and economic councils, deputy crown prince, and finally crown prince in 2017. MbS had initially projected himself as a social and economic reformer, systematically loosening some of the more odious aspects of the country’s social order and promising to take the kingdom on the path of moderation and technological and economic achievement in a post-oil era.

However, several events connected with this prince have tarnished his persona and revealed him to be impetuous, intemperate, power-hungry and extremely harsh with rivals who are perceived to threaten his primacy in the nation. Within weeks of becoming defence minister, he ordered a military assault on Yemen, hoping to destroy the capabilities of the dissident Houthis in a few months. This conflict has now dragged on for five years: over one hundred thousand Yemenis have been killed, the country is experiencing an unprecedented humanitarian disaster, but there is no sign of a military victory.

In June 2017, he launched the ‘siege’ of Qatar – a comprehensive political, economic and logistical blockade of a fellow-member of the Gulf Cooperation Council. The intention was to pressurise Qatar to end Qatar’s affiliation with political Islam and its ties with Iran. This effort has backfired, with Turkey and Iran rushing in to back Qatar, while Kuwait and Oman refusing to join the blockade.

In November 2017, he got about 300 senior royals, officials and businessmen arrested and incarcerated for a few months; they were accused of corruption and it was later reported that about $ 100 billion had been collected from them.However, most observers saw this episode as signalling to disgruntled elements in the kingdom that MbS would tolerate no dissent.

What MbS has been most tarnished by is the murder of dissident journalist, Jamal Khashoggi, in the Saudi consulate in Istanbul in October 2018. This, coupled with the imprisonment and possible torture of human rights activists, including some prominent women, has affirmed that he tolerates no criticism.

The crown prince’s principal allies are President Donald Trump and his son-in-law, Jared Kushner. MbS’ ties with them are transactional, being founded on promises of massive defence purchases from the US, support for the so-called “deal of the century” that Kushner has prepared to address the Israel-Palestine issue (which has been rejected by most Arabs and their leaders, including King Salman himself), and their joint stand against Iran.

In respect of the recent detentions of the senior royals it would appear that MbS had arrested them to ensure that there was no obstruction to his accession to the throne. The rules of the Allegiance Council provide that either the council accept the king’s nominee or suggest its own candidate, the essential requirement being that he be “the most upright”. MbS perhaps fears his succession might be rejected on the last count. He is aware that there are grave doubts within the royal family about both the legitimacy of his accession and his fitness to hold the highest position in the country.

Following the passing away of the king, there is the likelihood that certain royals, coalescing around Prince Ahmad or the unfairly dismissed former crown prince, Prince Mohammed bin Naif, would unite to deny the succession to MbS. Hence the focus of the recent arrests and investigations on the ‘Naif’ branch of the royal family. MbS has in effect launched a pre-emptive strike, which is also a signal to other potential dissidents that he will deal most harshly with them as well, regardless of their status.

Without confirming the coup attempt, Saudi commentator Ali Shihabi has explained the crown prince’s priority as upholding the stability of the country; he has applauded the fact that MbS is handling the “delicate generational succession … without any bloodshed”.

On the very day the senior royals were arrested, the crown prince initiated another conflict, which again promises to embroil the kingdom in unnecessary, self-created contentions that make little sense.

At the Vienna meeting of the “OPEC +” nations (ie, OPEC members and non-members, led by Russia) on March 6, Saudi Arabia and Russia disagreed about the next phase of their oil policy – while the kingdom sought to continue production cuts for another six months to maintain prices, Russia proposed that the cuts now be done away with and productionincreased. The Russian view was that the high prices resulting from production cuts had largely benefited the US shale oil producers; higher production by OPEC + countries would drive down prices and push the high-cost US shale oil out of the market.

The Saudi response to this difference of opinion was to go to other extreme and open the floodgates of its production to unprecedented levels – going from 9 million barrels per day (mbd) to 12.3 million mbd and promising to go to over 13 million mbd. The kingdom sees this as a battle to retain market share, banking on its large reserves and low cost of production to outlast its competitors. As prices plunged after these announcements from over $ 60/ barrel in January to below $30, Saudi Arabia took on Russia directly by offering discounts on its oil purchases to European buyers, which are the main market for Russian oil.
These Saudi actions are being viewed as another instance of unreflecting impulsiveness of the crown prince, given that, at one stroke he has alienated both Russia and the US and has also hurt Saudi Arabia’s own economic interests.

US and Russia alienated

While Russia has certainly been hurt by this steep fall in prices, what Saudi Arabia’s irresponsible and churlish response has done is to severely damage US shale oil production as well. While President Donald Trump had initially welcomed the price fall, what is now becoming clear is that shale oil producers are not only curtailing production, many companies are also closing down, particularly in the states of Texas, North Dakota and Pennsylvania.
It is forecast that next year US capital spending on shale oil production will fall by 70 percent and oil production itself will be cut by 2 mbd.This will throw thousands of employees out of work, damage the major oil companies as well, and overall, hurt the US economy – unwelcome developmentsfor Trump, the kingdom’s principal friend globally, in election year.

Again, alienating Russia is hardly in the kingdom’s interest either: Putin and MbS have built close personal ties which ensure that Saudi Arabia is not overly dependent on the US alone to sustain its interests. AGulf commentator has been quoted in a Financial Times report as describing the kingdom’s alienation of both the US and Russia as “lunacy” that has caused “a real sense of despondency” among many Saudis. The reporters see this as possibly reinforcing MbS’ image as an “impetuous leader”.

What is of greater concern for Saudi Arabia is that, while Russia and the US are likely to handle the economic crisis more effectively, these low oil prices at a time of very low global demand could drain the kingdom’s foreign exchange reserves – despite its low cost of production, it needs a price of $78/ barrel to balance its budget to pay for defence purchases and fund the welfare needs of its citizens.

There has been a continuous sense of crisis ever since MbS took over the leadership of his country: while he may have inherited the standoff with Iran and the war in Syria, the absence of strategic thinking and reflection, his propensity to seek impulsive quick-fix solutions , and ingrained megalomania, have generated a sense of uncertainty and even fear in the country. The systematic alienation of senior royals in November 2017 and again this month has made the Saudi royal order more unsettled.

None of this has made the prince more secure; in fact, he is now even more paranoid about his safety, and is impelled to see conspiracies and take harsh pre-emptive actions against distinguished members of his family. Thus, though he might ensure his succession to the throne in the near future, this would be without royal and national consensus. He will constantly be concerned about how long he can retain his exalted position.

(The author is the former Indian ambassador to Saudi Arabia, Oman and the UAE and holds the Ram Sathe Chair for International Studies, Symbiosis International University, Pune.)