World Population Day: India’s absolute size population will continue to increase at least until 2050 despite its near replacement level of fertility in 2020. 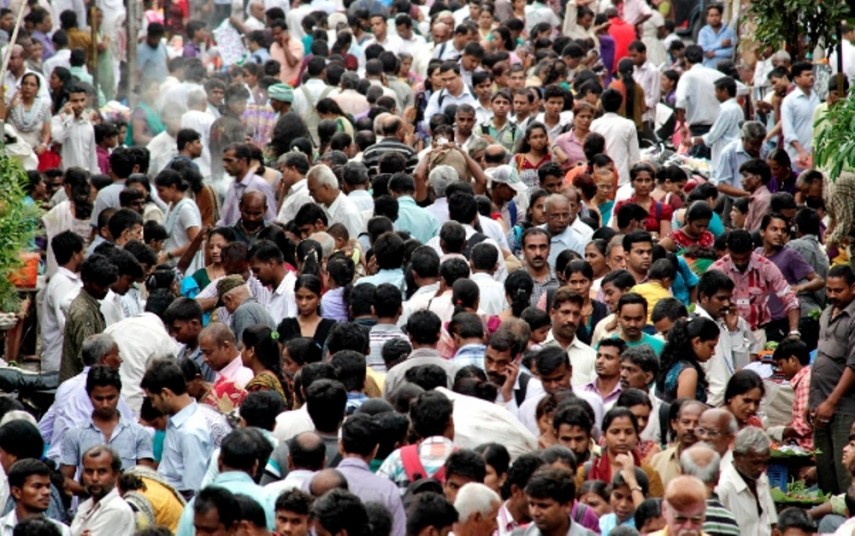 First, people opposing the population policy argue that one-child policy failed in China as China is facing the issue of population “ageing” due to it. If a two-child policy is implemented in India, India will also suffer the problem of “ageing” just like China.  Here, we must remember that China adopted the one-child policy forcefully for a good 35 years in 1980-2015. Contrary to China’s forceful implementation, a two-child policy norm is proposed in India with some incentives and disincentives.  We must understand that there is a fundamental difference between one-child and two-child policy as the previous one surely shrinks the size of the population whereas the second approach tries to stabilize or replace the same population growth rate. India’s absolute size population will continue to increase at least until 2050 despite her near replacement level of fertility in 2020. Older people will continue to grow due to increasing longevity. Since ageing is inevitable, healthy and production ageing should be promoted right away.   Did population policy fail in China? No. During this time, China experienced unprecedented progress in most of the health, economic and environmental indicators.  One such example: in 2019, China’s under-five mortality rate is only 7 per 1000 live births where India still experiences 36 deaths per 1000 live births. In the hunger index, India ranks 94 whereas China ranked between 1-17.

Secondly, it is feared that the two-child policy will be burdened only on women as men may abandon their wives if they have more than two children. It is also said that sex selection will be increased if the two-child policy is at work. Such arguments are irrational as man abandoning wife or Indians preferring son over a daughter is not due to the population control program, but due to intrinsic gender roles exists in the society. Selective abortion of a female fetus is happening since the early nineties when the two-child policy was not even operative. Couples go for sex selection even in the first pregnancy in many states or states or districts with lower fertility levels. Hence, rather than low fertility, economic (old age support), religious (family lineage and religious rituals), social (dowry) and emotional (protecting family’s power) desires and norms are the root causes for sex selection at birth. To eliminate the selective abortion of a female fetus, desires and norms have to be changed.

Thirdly, some argue that giving an expected number of births is the right of women, there is no need for the government’s interference in the number of children.  People, however, criticize the government for the high unemployment rate once their children are adults. They demand more investment in social welfare schemes. A welfare state cannot be achieved only by the government’s intervention, an equal responsibility has to bear by citizens by abiding by laws. In near future, the application of artificial intelligence will eliminate many unskilled or semi-skilled jobs. In such a situation if India aspires to be a powerful and welfare country, there has to be more focus on improving the quality of the human resources by reducing population size. This is possible only through more per capita investment in human capital. Given the limited economic and environmental resources, it is essential to stabilize population size.  It is often criticized that India is not able to fully reap the benefit of the young age population because of the poor quality of human capital.

Fifth, it is advocated that the bigger size of the population is associated with a higher level of economic activity. While this is true at the gross national level, it may not ensure equality at the individual level. Also, given increasing environmental degradation and climate change, only economic achievement cannot be the only goal of India. India needs to put effort to ease environmental and natural resource imbalances resulting from the rapidly expanding population. Protecting the environment is essential to prevent deterioration of quality of life due to increasing environmental disasters.  Indian ranked third in global CO2 emission in 2018.  With increasing standard of living, there will be higher emissions of per capita CO2. An environmentally friendly lifestyle together with a replacement level of population is needed to protect the planet. It is often argued that China’s one-child policy had a positive impact on the environment. With increasing population, per capita cultivable land in rural India is decreasing.  As a result, there is a forced migration of poor people to urban areas too.

India’s TFR 2.2 (SRS report 2018) is very close to the replacement level of fertility (TFR=2.1). Yet, out of 22 bigger states, eight states from north-central regions have the TFR higher than the replacement level. The national or state level TFRs conceal the continuing high fertility in selected districts and selected social groups. Most of such high fertility regions or social groups are often in a disadvantaged position. In such areas/groups, child marriage is common.  Due to societal or religious pressure, such disadvantaged women are still producing a greater number of children spending longer time in reproductive span.   Due to no compulsion on the number of children, the child brides have longer exposure to having more children against their wishes. While some research shows that poor socio-economic condition leads to higher fertility, some others reveal that high fertility leads to poor quality of life and poorer health outcome and vice versa.  The nexus between higher fertility and poor quality of life should be broken by adopting a population control policy and by investing more in education and health by the government simultaneously. When the absolute size of the births is lesser, the per capita investment in education and health by the government will increase, improving the indicators linked to the quality of life.

NFHS data shows that health care utilization, mortality, and nutrition indicators are worse for higher-order births. It has been found that the number of ideal children in most European countries is two per woman. NFHS-4 data shows that the ideal number of children for educated (with 12 or more years of schooling) Indian women is 1.8. If the two-child policy norm is adopted, it will be completely in alignment with the aspiration of educated women in India. The two-child norm will bring more equality at the individual level. Another implication of the two-child policy is linked democratic representation by regions of India. Because of population size, there are more representatives in Lok Shobha from the north-central regions of India. To combat regional imbalance in population and democratic representation by the various state in the parliamentary democracy system, a two-child norm will be helpful.

Finally, it should be noted that policies are made by the government to meet individual aspirations and country-level goals. Once such goals are achieved, policies should be revisited and reframed according to that scenario. The proposed anti-natal policy in India today can be transformed into a pro-natal policy after a few decades.  At present, if the two-child policy is adopted, there has to be massive awareness about the policy and on family planning methods by governmental and non-governmental organizations at the grass-root level.

(Dr. Nandita Saikia is an Assistant Professor in Population Studies at Jawaharlal Nehru University. The views reflected in the article may not necessarily reflect the views of Outlook Magazine.)