NASA's InSight Clicks First 'Out Of The World' Selfie On Mars

NASA's InSight lander has taken its first selfie using the spacecraft's robotic arm barely two-weeks after its touch down on Mars. 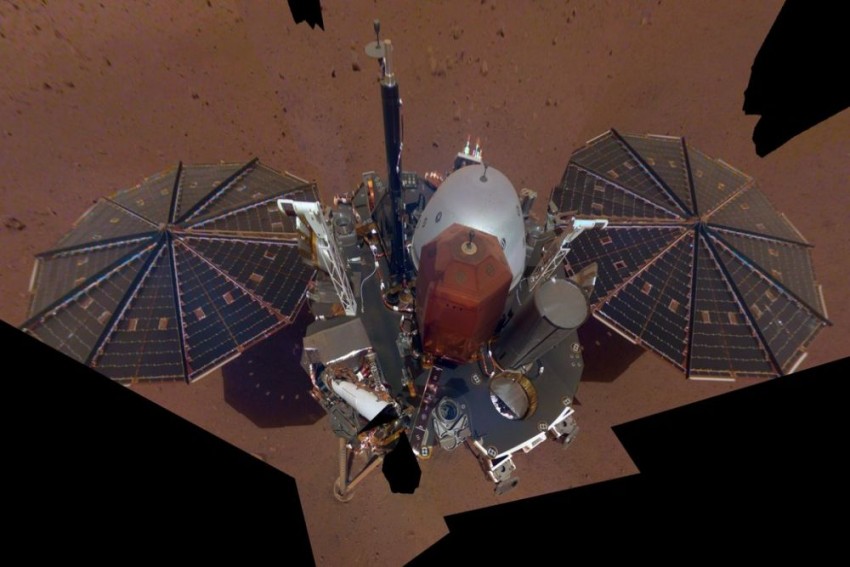 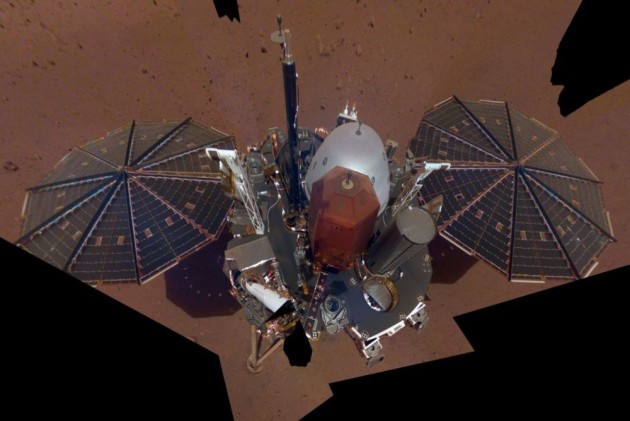 NASA's InSight lander has taken its first selfie using the spacecraft's robotic arm barely two-weeks after its touch down on Mars, the US space agency has said.

First #selfie! I’m feeling healthy, energized and whole. This is me on #Mars. https://t.co/JJzFgSgh9q pic.twitter.com/wSN2OycHNO

InSight lander began its two-year mission to explore the deep interior of the Red Planet on November 26 when it safely landed at at Elysium Planitia on Mars.

On December 6, the InSight lander used a camera on its robotic arm to take its first selfie -- a mosaic made up of 11 images. The image includes the lander's solar panel and its entire deck, including its science instruments, weather sensor booms and UHF antenna, NASA said in a statement on Wednesday.

In addition, InSight sent another set of mosaic composed of 52 individual photos.

Before I dig deep into #Mars, I’m focused on becoming more aware of my surroundings. That’ll help me place my instruments in the best spot on the surface. Here’s a new mosaic of my workspace, stitched together from 52 photos. More: https://t.co/IfIIWQjCOi pic.twitter.com/JfbPmUg2ec

It showcases the first complete look of "workspace" -- the approximately 14-by-7-foot (4-by-2-metre) crescent of terrain directly in front of the spacecraft --, where the spacecraft's instruments such as seismometer (called the Seismic Experiment for Interior Structure, or SEIS) and heat-flow probe (known as the Heat Flow and Physical Properties Package, or HP3) can be placed.

"This might seem like a pretty plain piece of ground if it weren't on Mars, but we're glad to see that," Banerdt added.

The spacecraft sits in what appears to be a nearly rock-free "hollow" -- a depression created by a meteor impact that later filled with sand.