Middle East Elephant And The Blind Men (And Women)

The confusion prevailing over the current happenings in the Middle East must actually be attributed to the complete lack of a sense of history. 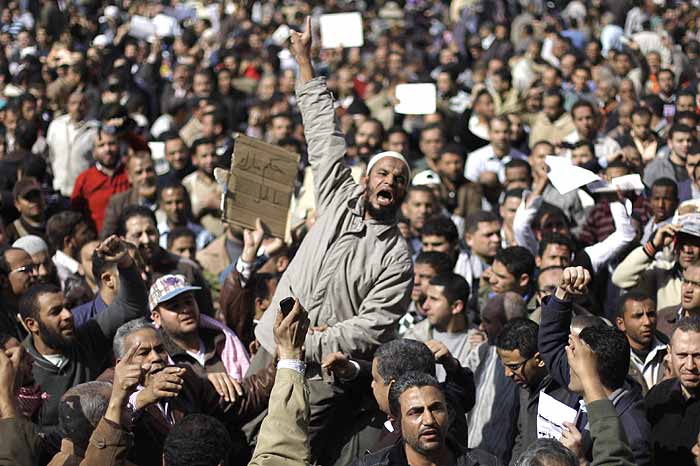 The Arab Spring may not have achieved much in terms of democratising the region, but it has surely altered the language and idiom in which the Arab world is perceived and commented upon. Most crucially, the portrayal of the Arab world as an internally undifferentiated monolith is now passé.

Nowadays, we hardly see that previously omnipresent word that formed the pivotal axis around which much of media discourse on the Middle East revolved for long decades: the Arab Street. As against the absence of a western street, Indian street or south east Asian street, the Arab street (that used to 'erupt in fury') always stood out in media parlance as a code name for an entire people supposedly devoid of agency and selfhood.

In much of (particularly Western) media discourse on the region, the specifics of individual countries and other detail mattered only so long as they served as corroborative facts in the reinforcement of a warped and stereotypical construction of the Arabs.

The most interesting result of such a reductionist narrative was that the legion of Middle East specialists around the globe collectively failed to predict that the moment of reckoning for some of modern history's most villainous dictators was so very imminent. It is actually mind-boggling that these Middle East specialists were as much surprised by the sudden implosions in half a dozen countries in the region as the common folks were. In fact, some of these specialists kept arguing for a long time that the perpetuation of the status quo was better for the protection of the interests of Western governments in the region.

A telling example of this trend was an essay titled "Can Democracy Stop Terrorism?" in the September/ October 2005 issue of Foreign Affairs’by F. Gregory Gause III.  In the essay, he warned America against encouraging democracy in the Arab world, arguing that the authoritarian regimes in the region allied to the West were better positioned to ensure stability and a less turbulent future for the region. Gause III seemed completely oblivious to the plain fact that the turbulence endemic to most Arab countries and the bitter animosity people generally felt against the western powers were a direct result of their role in the perpetuation of the status quo.

To be fair to him, He wrote a partly apologetic and partly analytical essay in the same magazine in its July-August 2011 issue under the title "Why Middle East Studies Missed the Arab Spring: The Myth of Authoritarian Stability".  After tracing the successes and failures of the Arab Spring to the nature of the armed forces, economic reforms and a new form of pan-Arabism, he said: "Academic specialists on Arab politics, such as myself, have quite a bit of rethinking to do. That is both intellectually exciting and frightening. Explaining the stability of Arab authoritarians was an important analytic task, but it led some of us to underestimate the forces for change that were bubbling below and at times above the surface of Arab politics."

The attempt on the part of the specialists to make amends for their underestimation of the forces of change resulted in general in a curious shift away from the reductionist 'Arab Street' narrative to an approach that focused excessively on individual states. There was indeed the need to understand the nature and composition of the various Arab states in order to develop a comprehensive understanding of the Arab world as an internally differentiated political and cultural entity with certain overwhelming commonalities, including the language of Arabic. (That most of the specialists on the Arab world knew no Arabic is actually another monumental subtext to the narrative. In India, for instance, none of the usual West Asia experts from the academia and the media know Arabic!).

However, the problem with the new focus on specificities was that it came at the expense of the commonalities. The gross imbalance between commonalities and specificities rampant in approaches to the Arab World is primarily because a sense of history was conspicuous by its absence. For most West Asia experts analysing contemporary politics, the history of the region began with the Napoleonic invasion of Egypt in the late 18th century.

The confusion prevailing over the current happenings in the Middle East must actually be attributed to this complete lack of a sense of history. Much of what happens today has a clear, even linear connection to well-known or less known events or trends in the period well before the advent of colonialism in the region. Reducing everything to the history of colonialism may sound politically correct, but can hardly explain the complex contemporaneity of the turbulent region.  All the five stages of the historical development of the region are crucial to understanding what is happening now – Pre-Islamic period, age of the Islamic conquests, Ottoman period, the age of European empires, the age of nation-states.

Shajahan Madampat is a writer based in Abu Dhabi