The disastrous landslide was primarily caused by the mountain cutting which is being carried out near Kandaghat by the contractors and agencies engaged by NHAI for a four lane project. 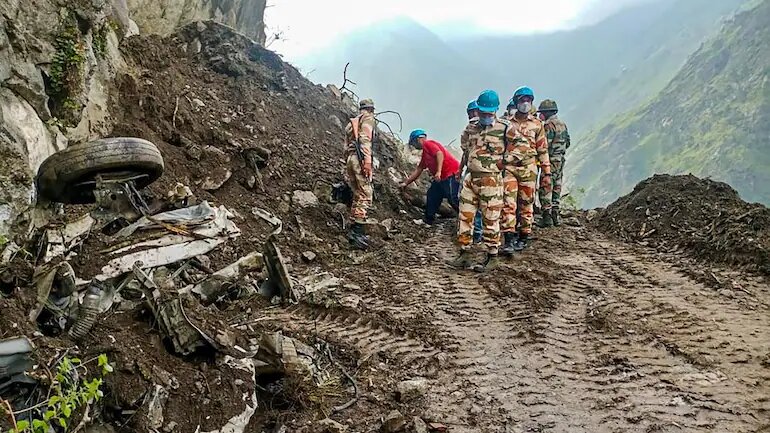 Yet another massive landslide on Shimla-Parwanoo National Highway was reported on Wednesday that led to a temporary disruption of the traffic for half an hour before the debris was cleared promptly by the agencies engaged in construction of the Four-Lane project.

The visuals of the landslide which went viral on the social media spreaded fear among the tourists and other people travelling on the National Highway during the evening hours.

Special Secretary of Disaster Management Sudesh Mokhta informed that so far no casualty or damage to any vehicle or property has been reported.

The disastrous landslide was primarily caused by the mountain cutting which is being carried out near Kandaghat by the contractors and agencies engaged by NHAI for a four lane project.

According to Mokhta,  the vehicular traffic was stopped at a distance on both sides of the highway before the engineers and experts embarked on the ground to clear the debris.

After the landslide, the traffic was restored on the highway later in the evening.

During Monsoon this year, Himachal Pradesh has witnessed massive consecutive landslides in the districts of Kinnaur and Lahaul-Spiti causing multiple fatalities.

Landslides and falling stones on Shimla-Kalka NH has also caused many accidents .

India To Renew Hockey Rivalry With Pakistan This December