YS Jaganmohan Reddy’s promise to re-introduce ‘Total Prohibition’ has attracted criticism. The excise revenue from liquor is said to be around Rs 7,500 crore. Loss of the amount to the State’s revenue is certain to adversely affect the economy. 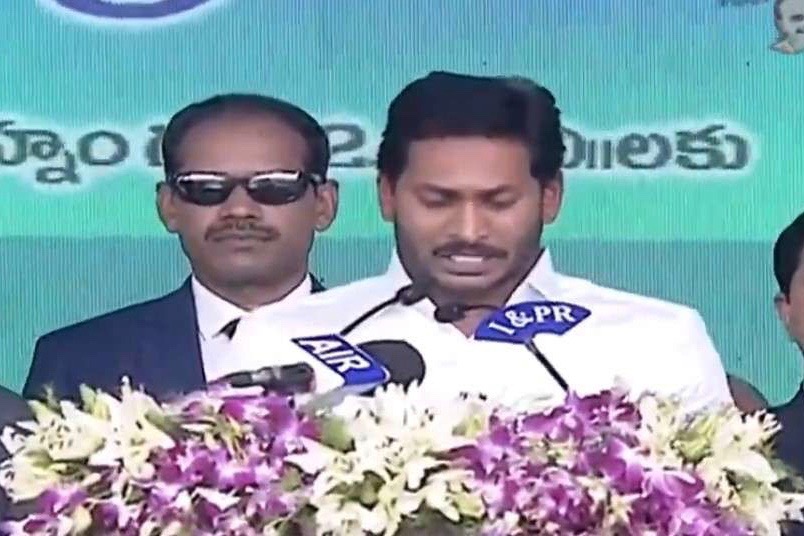 YS Jaganmohan Reddy’s promise to re-introduce ‘Total Prohibition’ no sooner than he took over the reins as Chief Minister of Andhra Pradesh has drawn criticism.

In fact, total prohibition has proved disastrous in many states in the past. For example, total prohibition failed when imposed by Telugu Desam Party (TDP) founder-president Nandamuri Taraka Ramarao (NTR) for the first time when he gained power in 1994. Following significant loss of revenue to the state exchequer, smuggling of liquor from neighboring states and illicit distillation of country liquor, the prohibition was ultimately withdrawn.

In that backdrop, Jagan’s decision to re-impose total prohibition when the state’s economy is in bad shape due to the virtually empty treasury balance left behind and also losing Hyderabad on bifurcation to Telangana is a very bold decision and an uphill challenge to overcome.  As on date, the excise revenue is said to be around Rs 7,500 crore. Loss of the amount to the State’s revenue is certain to adversely affect the economy.

However, the announcement by Jaganmohan Reddy, 46, the third youngest chief minister to be sworn-in after Damodaram Sanjivaiah (38) and Nara Chandrababu Naidu (45), is vague as to when and how his government proposes to impose total prohibition. Many political analysts have already appealed to him to restrain from taking such a decision, that could also cost him heavily politically.

Yet another significant development is Jagan’s decision to invite DMK chief MK Stalin to his swearing-in, instead of the Tamil Nadu Chief Minister, which has also raised many eyebrows over his real intentions. Some obeservers believe that Jagan has fallen into the trap of K Chandrasekhara Rao (KCR), who is spearheading a move by regional parties on the common platform of “Federal Front” as a non-BJP and non-Congress party Third Political Alternative.

Jagan and KCR nurtured hopes and dreams of an opportunity during the pre-poll stage that the BJP may not get more than 160-170 seats in the Lok Sabha polls, which would enable them to form a ‘Third Front’ comprising of regional satraps like the Samajwadi Party, Bahujan Samaj Party, Trinamool Congress and others.

However, the 2019 electoral verdict has given a massive mandate to BJP-National Democratic Alliance setting to rest Jagan and KCRs hopes: KCR’s TRS winning 9 MP seats as opposed to his jingoistic claims of winning 16 MP seats, and Mamata, conceding 18 LS seats of the 42 in her state to BJP.

In fact, Jaganmohan Reddy, soon after meeting Prime Minister Narendra Modi, in fact, confessed that it was a ‘dream shattered’ for him as his promise made for Special Category Status (SCS) to the people during elections, may not be possible what with the BJP on its own getting absolute majority. “However, I shall keep pressure on the Centre, though my voice may fall in the din,” was Jagan’s cryptic remark.

However, the interesting feature of Jagan’s swearing-in is, like his father he fulfilled the major promise made to the people of the state – that of increasing the old age pension. His late father, YSR, who soon after taking oath as CM of the state in 2004, had fulfilled his promise by signing the first ‘free power’ to the agriculture sector, file.  But, YSR did not have to face the horror prospect of an “empty treasury”.

The only difference between then and now is that the venue – it was Lal Bahadur Stadium in Hyderabad and now it is the Municipal Stadium, Vijayawada.