The officials suspect that the soldier might have been kidnapped by militants. 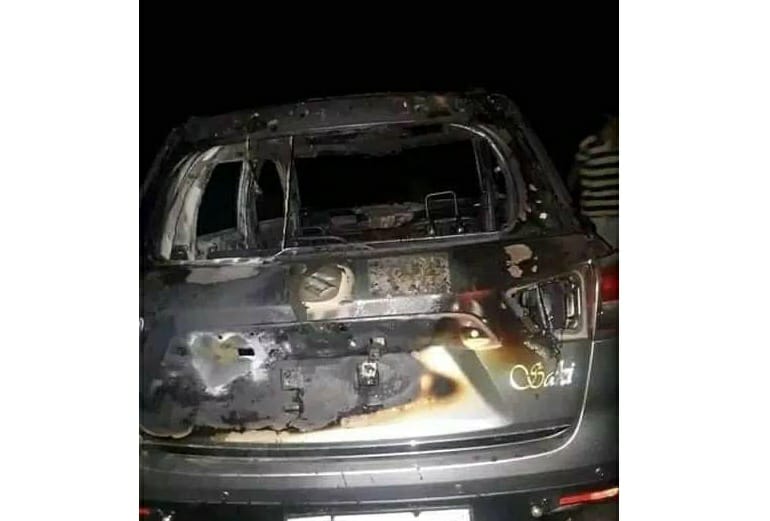 The vehicle of the soldier who has gone missing in Kashmir's Kulgam
PTI August 03, 2020 00:00 IST Soldier Missing In Kashmir, His Vehicle Burnt; Likely Kidnapped By Militants, Says Army

A Territorial Army personnel has gone missing and his vehicle was found burnt in Kulgam district of Jammu and Kashmir, officials said on Monday.

The officials suspect that he might have been kidnapped by militants.

A vehicle registered in the name of Muzzaffar Manzoor, a resident of Shopian district, was set ablaze by unknown persons at Rambhama area of south Kashmir's Kulgam district late Sunday night, the officials said.

They said Manzoor serves in the Territorial Army and could not be contacted.

The officials said they suspect that he might have been kidnapped by militants, adding that efforts were on to trace him.