JKPCC To Meet Delimitation Commission Members In Both Srinagar and Jammu

The J&K Pradesh Congress Committee spokesperson said that it is set to send delegations to both Srinagar and Jammu to meet the Delimitation Commission. 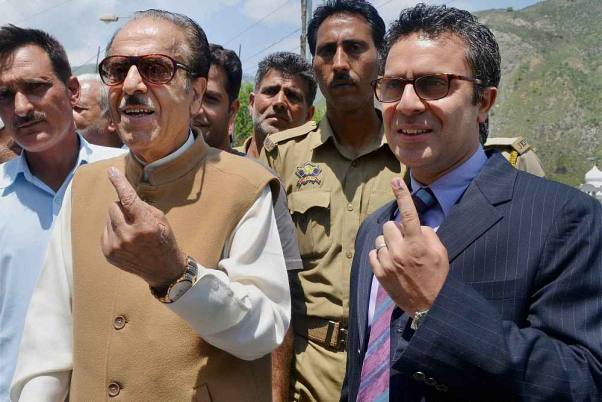 Members of the J&K Pradesh Congress Committee (JKPCC) will be meeting with the Delimitation Commission in Jammu and Srinagar according to schedule.

Senior leaders and district units of Congress have been asked to take out time for the meeting so that they can represent their own respective districts in the meeting. However, officials said on Sunday that the party has also expressed regret for the short notice given to the leaders living in remote areas of the valley.

The JKPCC spokesperson told the media that it is set to send delegations to both Srinagar and Jammu to meet the commission.  The JKPCC also lamented in a statement that the Delimitation Commission was not just meant to meet with political leaders but insrtead visit each and every district headquarters to meet with the people directly and listen to their grievances, thus making the exercise meaningful and closer to realties on ground.

Seven districts of Jammu region have been allotted one hour each while five districts of Kashmir half hour each, JKPCC Chief Spokesperson Ravinder Sharma said.

The commission should consider suggestions of the congress party in the larger interests and invite more suggestions and requests directly apart from routing through Deputy Commissioners (DCs) or District Education Officers (DEOs), he added.

The commission, which was constituted in March last year with a one-year time frame, should consider giving reasonable time and space to all, according to Sharma.