Officials in New Delhi said during the four and a half hour-long Major General-level dialogue, the Indian delegation pressed for total restoration of status quo ante and immediate withdrawal of thousands of Chinese troops. 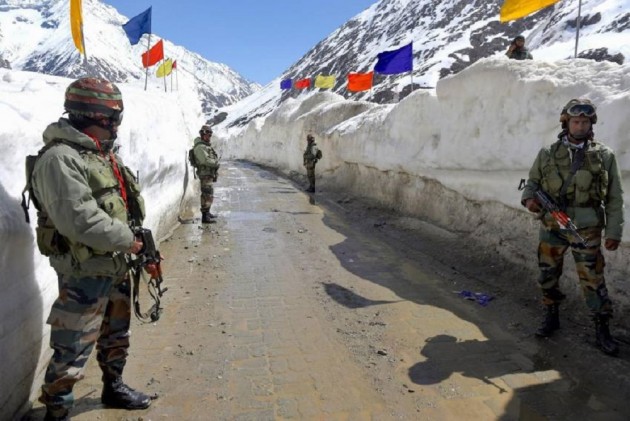 China and India are “properly handling” and taking actions to ease the situation at the border based on the "consensus" reached recently during their diplomatic and military level talks, a senior Chinese official said on Thursday.

The Chinese Foreign Ministry spokesperson's remarks came a day after the Indian and Chinese military commanders held "productive" talks to end the border standoff in eastern Ladakh, amid reports of a limited disengagement of troops by both sides from a number of friction points in the high-altitude region.

ALSO READ: A Catch-22 Situation For China: Dragon Didn't Expect A Stare Back And Now It's Clueless

"I can only tell you that through diplomatic, military channels, the two sides are properly handling relevant issues with effective communication. We have reached consensus and based on that consensus both are taking actions to ease the situation," Hua said.

Meanwhile, officials in New Delhi said during the more than four and a half hour-long Major General-level dialogue on Wednesday, the Indian delegation pressed for total restoration of status quo ante and immediate withdrawal of thousands of Chinese troops from the areas including around Pangong Tso which India considers on its side of the Line of Actual Control (LAC).

It is learnt that the two sides remained engaged in aggressive posturing in areas such as Pangong Tso, Daulat Beg Oldie and Demchok though some troops were pulled back from Galwan and Hot Spring.

ALSO READ: India Must Make No Compromise With China On LAC

Military sources on Tuesday said the two armies began "disengagement" around patrolling points 14 and 15 in Galwan Valley and another in the Hot Spring area, adding the Chinese side has even moved back up to 1.5 km in the two areas.

Indian and Chinese troops have been engaged since May 5 following a violent clash in Pangong Tso.

The road in the Finger area in Pangong Tso is considered crucial for India to carry out patrol. India has already decided not to stall any border infrastructure projects in eastern Ladakh in view of the Chinese protests.

ALSO READ: It's No Ordinary India-China Standoff This Time. Tensions At LAC Won't Dissipate That Easily