Home  »  Website  »  National  » Opinion  »  A Catch-22 Situation For China: Dragon Didn't Expect A Stare Back And Now It's Clueless
Opinion

India has acted in a fashionably mature manner. Not only did we hold our ground and did not give into Chinese bluff, but there was no panic either among government or military. We agreed to meet on table as equals and do what is beneficial. 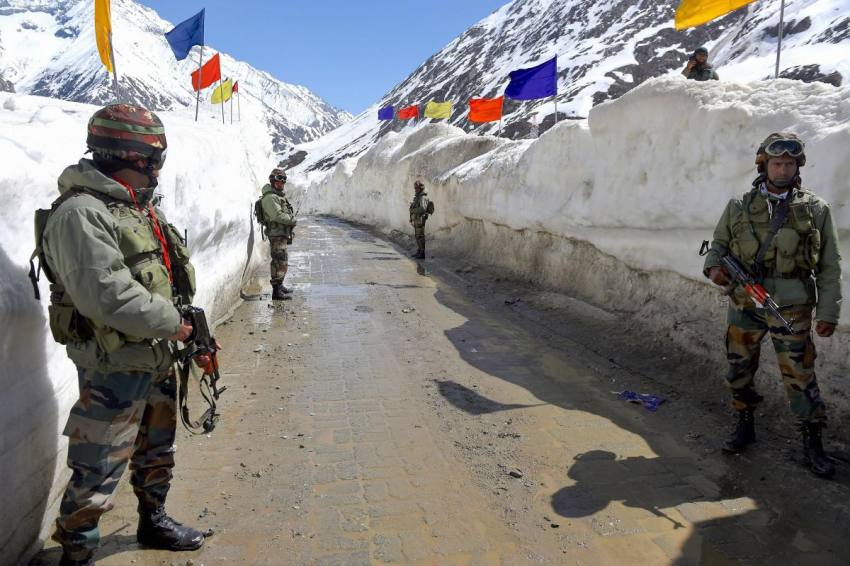 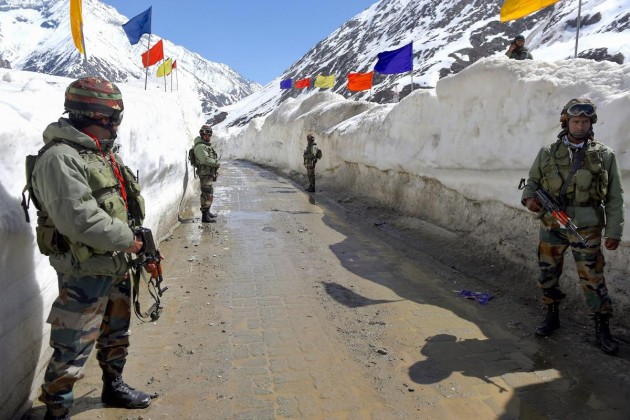 The ‘talks’ did not bring home the desired results it seems, and diplomacy and military are again locked together in an impasse with our bully neighbour, who is unwilling to work on improving bilateral relationships. Once tranquil and undisturbed, Galwan valley is now rife with battle cries of passionate soldiers and is suddenly one of the hottest trending topics on social media. Analysts and enthusiasts are glued to updates alike and trying their best to understand and predict outcomes.

As per latest update, China moved few thousand soldiers of its People’s Liberation Army (PLA) Airborne brigade, within a few hours, from Central China’s Hubei province to Northwestern high-altitude region. It is here that one can detect the first chink in the Chinese armour. You need a lot of peacockery when the real deal is missing. A sudden emergence of a video on Global Times News shows superefficient and clockwork precision military machine of PLA mounting soldiers, tanks, AFVs, etc and then all of them converging together in a seemingly high altitude area in a very Qin dynasty type formation. These could be actors for all we know. Forget that the distance from Hubei to Ladakh is approx. 6000 kilometers and impossible to be covered in a day for a formation this size, forget that the time required for troops to acclimatize in high altitude would be anywhere from two to three weeks, forget that the video looks like an old recording of a ceremonial parade, but how can we forget that it doesn’t make any sense at all to move the troops and formations and announce it through viral videos. However bad an army might be, it still follows a considerably basic tenet of warfare called ‘surprise’. Chinese Army has not seen much action apart from beating its own students and practicing Kung fu on occasional border disputes with India, so one can understand the lack of practice, but even then, this video is shocking. Since when have armies started to make promotional videos of their movement to operational area? What are they looking for, sponsors for fuel? Wasn’t Sun Tzu Chinese?

China is caught between a rock and a hard place. Firstly, it jumped the gun by moving its troops into Indian territory and trying to put the blame on India. It led to some fistfights and damaging of vehicles but finally everyone was on their side of the LAC. The diplomatic talks between the two military commanders did not yield results or we would have heard about it. To be honest, it was expected. Neither of the countries have ever given negotiating authority to its military commanders, and this was straight up the negotiating table. What is thus represented to each other and rest of the world is the willingness to have a dialogue. Chinese are rattled by infrastructure advances India is making along the LAC in Ladakh region. The 255 km DSDBO road is the main bone of contention here.

In my last article, I talked about why China does what it does. Continuing the same thought process, let us talk of strategic advantages for China. China ups the ante in Leh, and India reacts by increasing its deployment. India gets into a defensive posture, with actions depending on whether Chinese troops move ahead or go back. We are locked down! Chinese increase the deployment a little bit, and our government, not ready to accept any letdown on borders, would go two steps ahead. Soon we might have additional Corps deployed in 14 Corps zone. All dressed up and nowhere to go. But two major achievements for China here: some deployment could come from 15 and 16 corps, thinning out the present deployment and giving an opportunity to Pakistan-led terrorists to increase their attacks; secondly, it gives China a brilliant opportunity to observe our battle plans in Leh region, once reserves and additional troops step in, especially those critical to choke CPEC. So, causing Indian Armed Forces to react and deploy is just extrapolation of drawing fire to know enemy sniper’s location.

Mounting pressure at home—about US trade sanctions, Taiwan, economy, Covid, Huawei—makes a leader look for friends. As of now, Xi Jinping has limited. Pakistan being one of them. Someday, if this mystery is unraveled, don’t be too surprised if this entire charade happened on behest of Pakistan, who has been feeling a lot pressure from Indian side, especially since India has, regularly and meaningfully, started to talk about taking back PoK. Also, CPEC is one aspect where China just cannot afford to gamble. Too much at stake. Also, with US moving out from Afghanistan, China must be keen to establish itself as the undeclared boss of the region. And these border transgressions are just indicators of its bullish attitude which it is wishfully presenting ahead.

Meanwhile, India has acted in a fashionably mature manner. Not only we held our ground and did not give into Chinese bluff, but there was no panic either among government or military. We agreed to meet on table as equals and do what is beneficial. On the other side, India quickly closed a bilateral treaty with Australia, strengthening one arm of Quad, something that will give China a lot of heartburn. If that was not enough, India just got invited to G7 summit, but China didn’t. Beijing even issued a strong statement on it. India is playing it exceptionally smooth and it shows in the decision making of the government, while China is making one mistake after the other, in desperation to recover and redeem. It is worth noting that since the time Leh-China debacle started, Nepal has risen its demand on border issues once, recently demand for Khalistan has been revived by a Sikh religious leader, more than 22 terrorists have been killed in different encounters in J&K in last two weeks and suddenly reports of rapid advancements in development of Gwadar port in Pakistan have emerged. We would be in much better planning space if we connect the dots and do not think of them as mere ‘coincidences’ happening in month of May 2020.

The Dragon did not expect a stare back and definitely did not expect this international isolation at this point. It's flaring its nostrils and baring its fangs around, yet unable to do any damage. Neither will it be able to. It has realised the size of tusker in front of it and is not going to take any chances for now. It is just confused on what to do now. There is absolutely no chance of a war over Leh issue. We all should enjoy the 40-45 seconds of merriment in Chinese Army video, give it a like, and then delete whatever Chinese app it is playing on.