China’s aggression is born out of insecurities about India’s foreign policy and its stand on issues of mutual interest, writes Lt Gen (Retd) Subrata Saha, a member of the national security advisory board 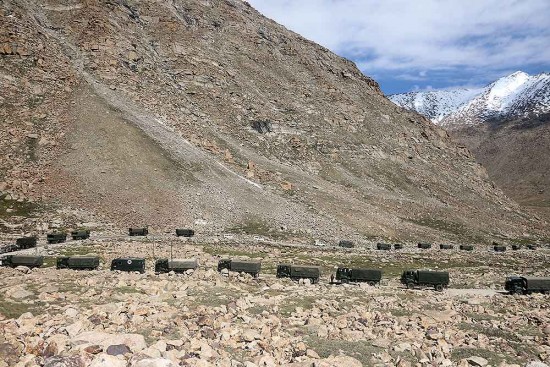 Through the past few weeks, India’s border with China, or the Line of Actual Control (LAC), has become a theatre of ‘actual’ excitement. It must be clarified at the outset that ‘LAC’ is a misnomer, because the line is neither delineated, nor demarcated, and therefore, it is more a line of perception. Over the years, the situation has been managed through a series of agreements, and confidence building measures. The recent series of incidents are, however, calling to question the sustainability of these arrangements.

First, let us briefly recount what has happened. India and China have been locked in approximately a month-long military ‘face-off’ at multiple places in Eastern Ladakh, spread across the Galwan Valley and the Pangong Tso lake. Around the same time, there was a face-off at Naku La in Sikkim.

‘Galwan’ gets its name from Ghulam Rasool Galwan from Ladakh, who had travelled to this area in 1899. Pangong (meaning ‘long, narrow, enchanted’) Tso (lake) is at an altitude of approximately 4,350 metres above sea level. It is 134 km long and extends from India to the Tibetan Autonomous Region. Approximately 60 per cent of the length of the lake lies within the Tibetan Autonomous Region.

The face-off at Pangong Tso is on the lake’s northern bank, where spurs from the mountains come down into the lake. These spurs are identified as numbered fingers, increasing from west to east. Let’s get a sense of the perceptual dispute here. According to India, the LAC runs north to south along Finger 8, while according to China, the LAC runs through Finger 2. For years, both sides have been patrolling up to their respective perception of the LAC. Quite often, they have got into face-offs at varying points, between Finger 2 and 8, and over a period, the conduct has become more...