'I Trust Pakistan, Can Mediate On Kashmir': Donald Trump Day After 'Howdy Modi'

'I hope India and Pakistan will do something that is very smart and good for both. There is always a solution,' the US President said. 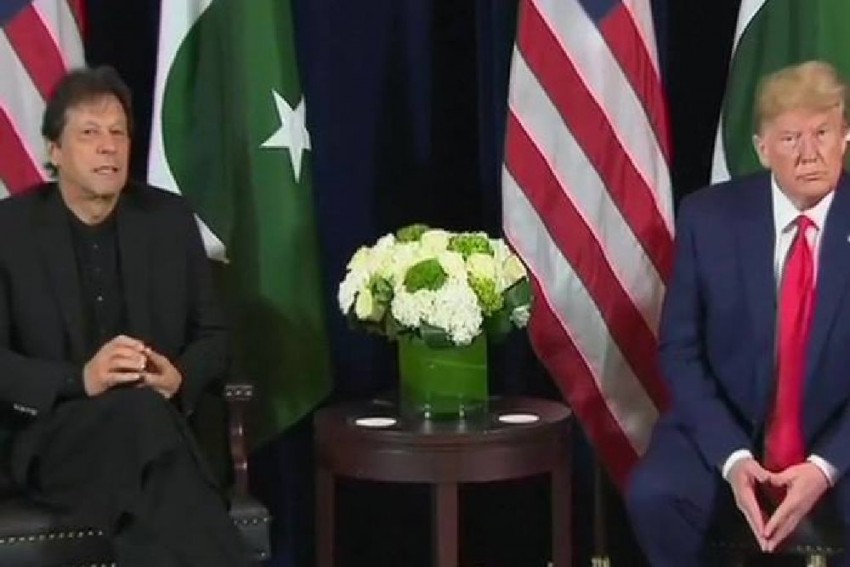 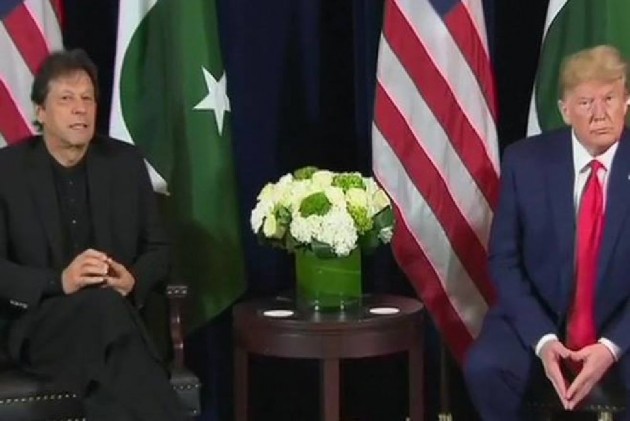 US President Donald Trump said on Monday that he was ready to mediate between Pakistan and India on the Kashmir issue if both sides agree as he described himself as "an extremely good arbitrator".

India maintains that the Kashmir issue is a bilateral one and no third party has any role in it.

Trump made the remarks during his meeting with Pakistan Prime Minister Imran Khan on the sidelines of the UN General Assembly session here.

"The most powerful country in the world has a responsibility," Khan said alongside Trump, warning that the "crisis (in Kashmir) is going to get much bigger."

"If I can help, I will certainly help," Trump responded, a day after attending 'Howdy, Modi' rally in Houston, where he shared the stage with Prime Minister Narendra Modi and displayed a close friendship and a common vision on fighting terrorism.

"If both (Pakistan and India) want, I am ready to do it," he said, describing the Kashmir issue as a "complex" one which has been going on for a long time.

Trump praised the 'Howdy, Modi' mega rally in presence of Khan and said he has heard a "very aggressive statement" by Prime Minister Modi at the mega rally.

"It was very well received within the room," Trump said, referring to the gathering of over 50,000 people at the NRG Stadium in Houston.

"I hope India and Pakistan will do something that is very smart and good for both. There is always a solution," the US President said.

"I hope that they're going to be able to come together," he said.

At the rally on Sunday, Modi hit out at Pakistan for its support to terrorism and said India's decision to nullify Article 370 has caused trouble to those who cannot handle their country as he called for a "decisive battle" against terrorism.

When asked about the alleged human rights violations in Kashmir by a Pakistani reporter, Trump said that he wants everybody to be treated well.

During his press interaction alongside Khan, Trump repeatedly snubbed Pakistani reporters and on one occasion even asked one of the journalists whether he is part of the Pakistani delegation.

"Where do you find reporters like these," Trump asked Khan in response to a question posed by a Pakistani journalist on Kashmir.

"I trust Pakistan but people before me didn't, but they didn't know what they were doing," he said in response to a question.

Khan, who has declared himself an ambassador of Kashmiris, on Sunday briefed US lawmakers, scholars, human rights activists and the media on the repercussions of India revoking the special status of Jammu and Kashmir on August 5.

Trump and Imran last met in July at the White House. During their first one-on-one interaction, the US president had expressed his willingness to mediate between India and Pakistan to resolve the Kashmir issue - an offer India rejected.

During Modi's meeting with President Trump on the sidelines of the G7 Summit in France last month, the prime minister categorically rejected any scope for third party mediation between India and Pakistan on Kashmir.

"All the issues between India and Pakistan are of bilateral in nature, and we don't want to trouble any third country. We can discuss and resolve these issues bilaterally," Modi had said.

On his part, Trump had said he and Modi spoke about Kashmir "at great length" during the G7 Summit and he feels that both India and Pakistan can resolve it on their own.

His comments on Kashmir in the French city of Biarritz was seen as an apparent backtracking from his earlier comments, offering mediation.

Tensions between India and Pakistan spiked after India abrogated provisions of Article 370 of the Constitution to revoke the special status of Jammu and Kashmir.

Pakistan has been trying to internationalise the Kashmir issue but India has asserted that the abrogation of Article 370 was its "internal matter". New Delhi has also asked Islamabad to accept the reality and stop its anti-India rhetoric.