BJP Romps Home In Assam With Maha Shock To Mahajot 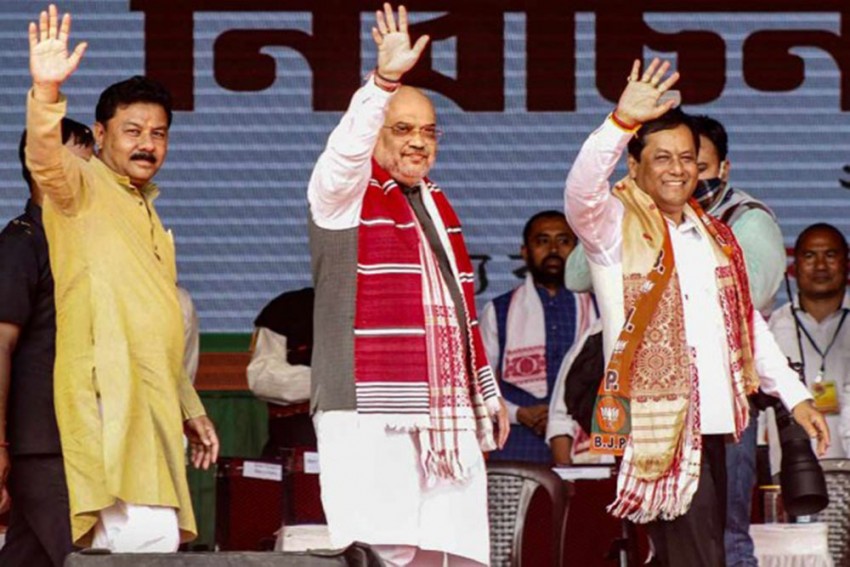 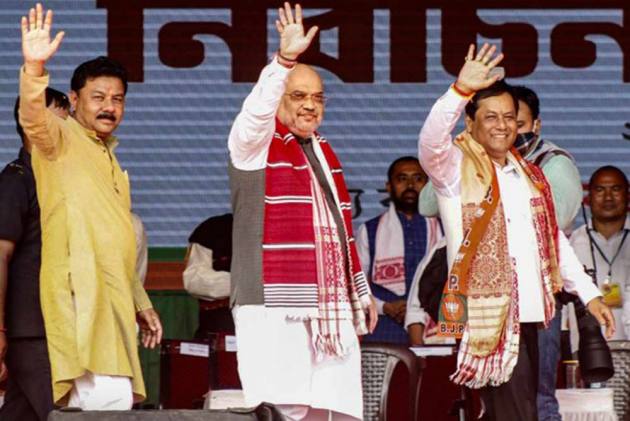 The BJP romped home easily in Assam, stunning the Congress-led Mohajot as it swept upper and central Assam to become the first non-Congress government to retain power.

At the time of filing this report, the BJP-led NDA had either won or was leading in 76 seats while the Congress-led alliance had won 49 seats.

BJP’s other alliance partner AGP, won 11 seats and the UPPL won 7 seats giving a total figure of 76, which is ten-seat less than the NDA’s previous tally of 86.

On other hand, the Congress-AIUDF-BPF combine has won 49 seats, which is 10 seats more than their previous tally.

“This (victory) is the result of the good work that we have been doing,” said Assam Chief Minister Sarbananda Sonowal responding to the trends, earlier today. On the other hand, CM aspirant and APCC chief Ripun Bora conceded his party’s defeat and promised introspection. He also lost the seat from where he had contested.

Meanwhile, state health minister Dr. Himanta Biswa Sarma thanked the people of Assam and announced that the BJP central parliamentary board would decide the next chief minister of Assam.

At the moment, the BJP top brass has a tough problem at hand as it has to choose between Sarma and Sonowal for the top post.

Even as the final votes were being counted, it was evident that the BJP has gained by 4.5 per cent in comparison of a one percent drop witnessed by the Congress. The newly created AJP-RD combine have polled 5 per cent of votes although they won just one seat.

For the BJP, the victory was structured on three main planks-- beneficiary politics, religious polarization and development.

CAA a non-issue in Assam

In fact, such was the power of these three planks of the BJP that the Citizenship Amendment Act (CAA) became a non-issue even as the Congress and Mohajot made it their main plank and hijacked the issue from the AJP-RD. But, it seems that voters of Assam are not impressed with the issue of infiltration.

The electorate rejected both the Congress-led Mohajot and AJP-RD, as both ran an aggressive campaign keeping CAA as their central theme.

However, the CAA made no impact in the state, especially in the sensitive upper Assam region, where the BJP swept Tinsukia, Dibrugarh, Jorhat, Sibsagar, and Golaghat districts.

The election also saw the end of the “Assamese chauvinistic regionalism” since apart from the sole victory of Akhil Gogoi from the Sibsagar constituency, the AJP and Raijor Dol have largely been rejected.

Only in a handful of constituencies, the two parties put up a fight, while they were just bystanders in others as the BJP and Congress fought hard.

The AJP had put up 82 candidates and RD had fielded its party workers in 38 seats, but most of them lost their security deposit.

In the Bodoland region, the BJP alliance partner UPPL and BPF were locked in a fierce battle. The UPPL eventually won 7 seats while the BPF won 4 seats. The UPPL dominated the Udalguri area while UPPL dominated Kokrajhar, Chirang and Baksa district.

The BJP also, established a footing in the area as they changed their alliance from BPF to the UPPL and won the Bijni seat.

The Congress-led Mahajot received a ‘mahashock’ in Assam as till yesterday they were confident of forming the government and for the past one month they made a spectacle of themselves by trying to protect their candidates from imaginary horse-trading. In fact, they had kept their candidates at various resorts fearing the same. There was also internal jockeying for the chief ministership post.

The newly elected Assam Assembly has a better Opposition strength than the previous one as trends indicate that the Opposition is likely to have 50 MLAs.

The Opposition consists of-- Congress 32, AIUDF -15, and four BPF besides Akhil Gogoi of Raijor Dol.

The biggest star of the Opposition is certainly Akhil Gogoi who won the elections from jail. He contested from the Sibsagar constituency as Raijor Dol candidate and won by a significant margin.

In the outgoing Assembly there were just 39 Opposition MLAs and for the period 2016-2021, the BJP marshalled its agenda both inside and outside the Assam Assembly with little difficulty.

But this is going to change. Assam health minister Dr. Himanta Biswa Sarma has acknowledged this. He welcomed the stronger Opposition and viewed it as a hallmark of a better democracy.