In an interview with Outlook, Gujarat Congress working president, Hardik Patel, says there is no infighting in the party and the Congress is confident of winning 2022 state elections. 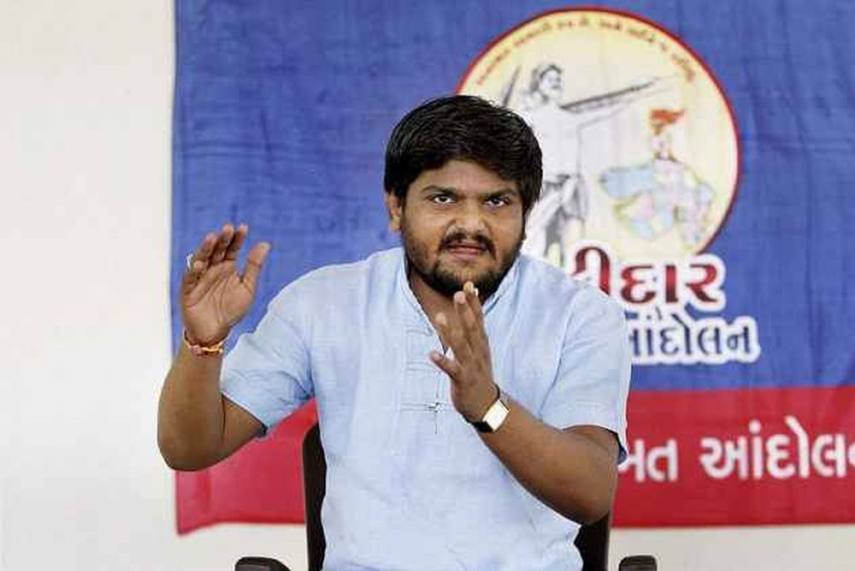 There is no infighting in Gujarat Congress and the party is confident of winning the assembly elections in 2022, says newly appointed working president Hardik Patel. In an interview with Outlook’s Preetha Nair, Patel also says the Congress party makes space for young leaders and that Rajasthan needs experienced leaders like Ashok Gehlot. Excerpts:

You are one of the youngest leaders to be appointed as the Congress working president in Gujarat. What are your main challenges?

I am aware that it’s a huge responsibility. It’s a challenge for me because people are suffering under the misrule of the Bharatiya Janata Party (BJP) for the last 25 years. We will expose the BJP’s failures in governance and work towards winning the 2022 elections in the state. The Congress Party showed faith in a young leader like me. I am committed to fulfilling the responsibility and living up to the expectations.

Is there a consensus on your appointment? It has been interpreted as a move to sideline senior leader Ahmed Patel…

Ahmed Patel is a venerated leader of the party. We have a lot to learn from him. I am sure the high command took the decision after consulting him and other seniors in the party. There is no rift between us. All the senior leaders have called me and extended their support. These are baseless rumors run by the BJP. My equation with Mr. Patel is good and he treats me like his son. He is a great support for young leaders like me.

The Congress lost eight MLAs to other parties since March 2020. Why hasn’t the party been able to keep its flock together?

The BJP used money power to win the 2017 assembly elections. The Congress had 80 MLAs and now we are left with only 65. The BJP bought 15 of our MLAs by spending Rs 20-25 crores. In the next election, we will be very cautious in choosing the candidates. We will only give tickets to the workers who are extremely loyal to the party. Every single candidate will be scrutinised. Sometimes it is difficult to understand the intentions of people.

Assembly elections for eight seats are expected in September. Are you confident of taking on the mighty BJP in its fortress?

I don’t think it’s an impossible task. There is no democracy in the state under the BJP rule. They level baseless charges against the opposition parties and try to put us in jail. The Congress is not going to indulge in vendetta politics like the BJP. We will go to villages and focus on real issues like unemployment and poverty. In Gujarat, we have more than 50 lakh unemployed youth and the government has three lakh vacant vacancies. Instead of spending crores in the name of ‘Vibrant Gujarat’, the government could have given jobs to young people. Under the BJP government, health, and education sectors also suffered a lot. Our focus will be on education, health, and women's safety.  We are not going to talk about Narendra Modi, Pakistan, or China. Our aim is to work for the 16,000 villages and their development. The people have trusted the BJP for so many years. Now I will ask them to give us a chance. We are confident that we will form the government in 2022.

How do you see the current crisis in Congress after the Sachin Pilot episode? Isn’t it the young versus old tussle?

How can one say that Sachin Pilot did not get positions in the party? He became a Member of Parliament at the age of 26 and a Cabinet Minister when he was 30. Then he was made the deputy chief minister. Rajasthan needs experienced leaders like Ashok Gehlot to run the state.

You couldn’t contest the Lok Sabha polls as the court refused to stay the conviction. Are you apprehensive about political backlash?

I have been talking against the BJP for the last five years. I wouldn’t have joined the Congress had I been scared. We should remember that tall leaders such as Gandhi, Nehru, Sardar Patel, and Bhagat Singh also went to jail...

What is going to be your main agenda against the BJP in the elections?

The BJP government failed to control the spread of the pandemic in the state. There are not enough hospitals or ventilators for the patients. The BJP government couldn’t build any government hospital in Ahmedabad though they were in power for many years. When the high court pulled up the government for the pathetic condition in the hospitals, they changed the judge. In the last five years, they closed 5,000 government schools. Congress wants to construct more hospitals, schools, and colleges in the state. Development doesn’t mean building bridges. It means providing basic infrastructure to the public.

Who will be the CM face for Congress in Gujarat?

It’s up to the high command to take the decision about the leader. But one thing I can say is that people choose their MLAs and the MLAs decide their leader.